Hamilton In Front Despite Headaches 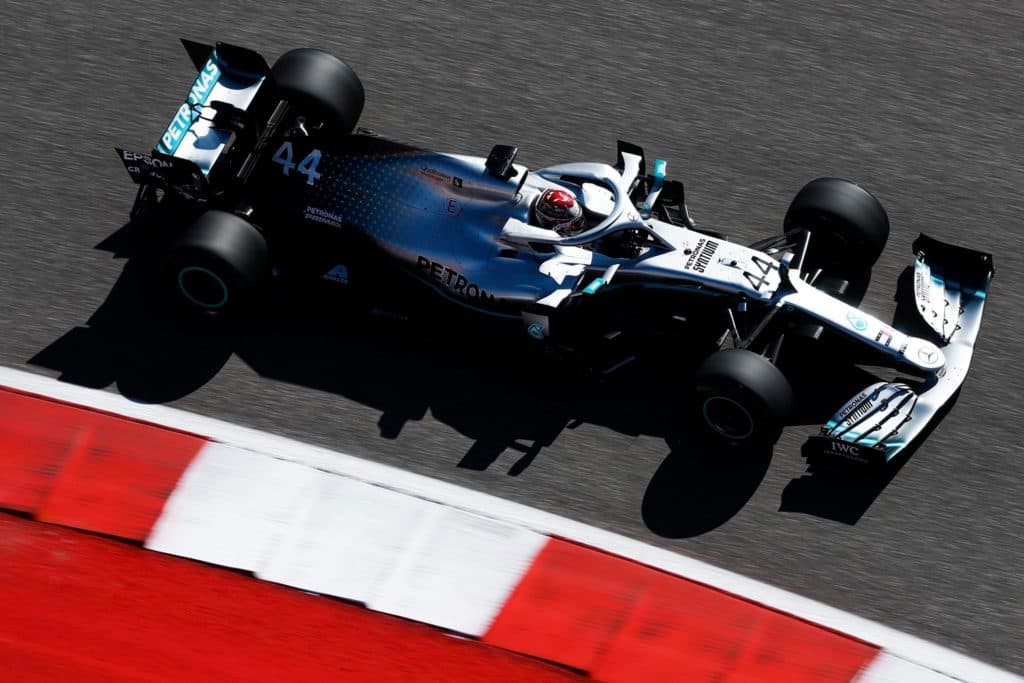 With a time of 1: 33.232 minutes, Hamilton was fastest on Friday, 0.01 seconds ahead of Ferrari driver Charles Leclerc and Max Verstappen in the Red Bull, who was only 14 thousandths of a second behind.

It’s only logical to assume that Hamilton won’t have any trouble with his car this weekend. What bothers him, however, is the flooring of the Circuit of the Americas. Hamilton: “Bumps in themselves are not a bad thing, which gives a track a certain character. I’m not a fan of flat tracks, but this is really extreme, and when the bumps hit the subfloor, that had an impact… I really had headaches after the first practice and had to lie down, not great.”

Ferrari had different problems to deal with, with or without bumps; The Scuderia couldn’t keep up on Friday: Sebastian Vettel is in fourth position 0.658 seconds behind, especially Hamilton’s strong long runs is a concern for the Reds. Charles Leclerc admitted on team radio with regards to Hamilton’s lap times: “No chance that I can do that.”

Add to that Vettel’s spin and a funny smell he noticed: “In turns one and eleven it smells extremely like marijuana there”, “is grass here actually legal?”

Red Bull is within striking distance of the two traditional teams: Max Verstappen was 0.3 seconds, 0.5 seconds behind.

The Dutchman already commented on Hamilton’s criticism from Mexico: “In my opinion, a pretty stupid comment,” replied the Dutchman. “I prefer to wear my fights on the track and not at the press conference.”

Looking ahead to Saturday, however, Vettel also remains optimistic:

“In qualifying, we are now competitive on every track. During races, however, we still have some challenges to deal with as we lose too much time in the corners and take the tires too hard. “