A virus holds up a mirror to F1 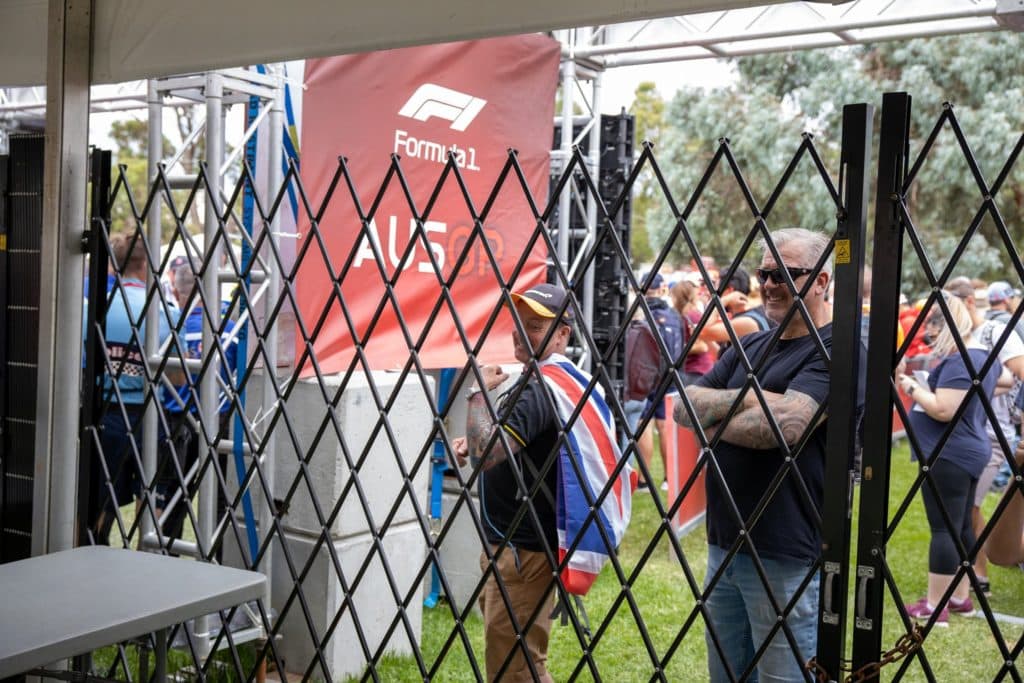 I’m just imagining him, the old Indian chief with the rough, weather-tanned skin that shimmers reddish like the gigantic rock. On which he rests with his legs crossed somewhere in the Utah desert. And he looks down on the endless nature with humility.

The nature that he swore to serve until his death. He smiles to himself with a mixture of mildness and wisdom, provided that he would be interested in banal things like Formula 1 and the related events in Melbourne.

If so, I can read his thoughts that are whispered to him. Man cannot defeat nature…

You don’t have to be a wise chief to understand: A small virus has just paralyzed the world. Corona held up the mirror of the center of high-tech, innovation and apparently possible planning of Formula 1 down to the smallest detail. In Australia, almost all those in charge of the premier automotive class presented themselves like scouts from a big city, whose small tents, despite all the calculations, had simply been blown away by the first sign of stronger winds. Mismanagement comes to mind immediately.

The chronology of events was a testimony of inability and irresponsibility. After McLaren voluntarily said goodbye to the race because one of the team members tested positive for the virus, destiny took its course. Sky Sport England announced on Thursday evening that the Melbourne race would take place as planned. They were soon overtaken by their fellow countrymen from the BBC who claimed the opposite. Both TV channels had different sources within the teams, whose bosses met for hours on end whether the race should take place.

As usual, they did not reach an agreement. ​​Drivers like Sebastian Vettel and Kimi Raikkonen had long been on the flight back to Europe. Former Formula 1 boss Bernie Ecclestone (89) sheds light on the fog of chaos. I reached him on his farm near Sao Paulo, where he was eating and enjoying watching his chickens: “The problem’s that they hadn’t done anything for too long,” says the Briton, who hasn’t anything good to say about F1’s current management team.

Ecclestone also believes to know the reason why the lambs have been silent for far too long. He suspects fear of legal steps that the person responsible for a race cancellation must endure. Ecclestone: “It always depends on who officially cancels in the end. Whoever it is must take responsibility, including financial responsibility. And apparently nobody wanted to do that. ”

One of the problems: Force majeure, which can normally be used as a reason for canceling mass events, probably doesn’t apply this time. These include sudden earthquakes, for example – but not a virus epidemic that was known long before the race about to take place. It fits, the organizers in Melbourne want to refund the admission fee, which in total amounts to millions. But who’s responsible for the costs, the Australian promoter, rights holder Liberty or the automobile association FIA?

This also fits with what the venerable automobile club of Monaco, which is considered the Mount Everest of business acumen and greed for money, sent in a statement shortly after the cancellation of Melbourne. To sum up: Our race at the end of May will take place from our side. That means: If not, that’s not our problem.

They’re preventing because they know that the next races on Sunday in Bahrain and 14 days later in Vietnam have already been postponed. Nobody expects the following Grand Prix of Holland, Barcelona and finally Monaco because of the unpredictable virus situation.

“I‘m only anticipating the season opener in Baku at the beginning of June,” said Red Bull chief adviser Helmut Marko. Also because the teams close their factories for security reasons until March 29th. They only return to normal working mode in early April. Marko, who only flew to Australia on Wednesday and found out about the chaos of decision when he arrived in Melbourne on Friday morning. He‘s disillusioned and angry at the same time: “The people in charge gave evidence of total mismanagement. It’s just amazing. ”

Attempts at explanations by those responsible tend to agree with Marko. Sports director Ross Brawn tries to explain the chaos with a communication problem. However, his words confirm the decision-making vacuum: “We had to speak to FIA President Jean Todt, who’s in the European time zone. Chase Carey, on the other hand, was just in the air on the way back to Vietnam. ”

Liberty boss Chase Carey, in turn, saw it as one of his duties to refute his superstar Lewis Hamilton. The Briton had already found tough words for the F1 makers on Thursday: “We shouldn’t be here at all. But money rules the world. ” Carey’s justification sounds thin and debunking: “If money really ruled the world, we wouldn’t have made that decision.”

There was only one winner in Melbourne. McLaren team boss Andreas Seidl. The Lower Bavarian, who lives in Pfaffenhofen with his wife and two daughters, immediately withdrew his team when there’s the first positive Corona test with his McLaren team. “There was no choice for me. I had to withdraw the team because the health of my men and women is paramount. The team owners immediately supported me in the decision. ”

One thing is certain: if there were 25 World Cup points for morale and courage, McLaren would have gotten them in Melbourne.