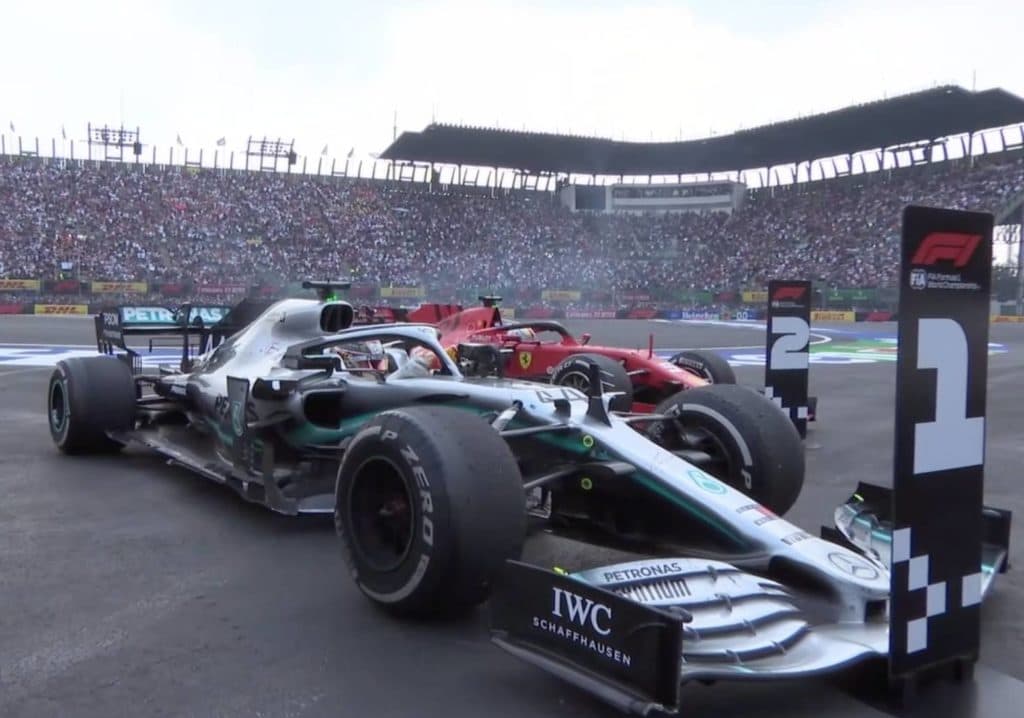 Strategic masterpiece by Mercedes AMG F1: Lewis Hamilton wins the Mexican GP thanks to a one-stop strategy ahead of Sebastian Vettel and Valtteri Bottas (Mercedes).

He is not yet champion of 2019, but very soon. Hamilton can now get his sixth title in Austin (USA) next weekend. Currently, he has 74 points ahead of the Bottas who ranks second place.

Ferrari, on the other hand, is the big loser of the Mexican Grand Prix. Starting from places one and two, they had to present the victory to the silver competition again.

Charles Leclerc, who was on pole, was only fourth due to a two-stop strategy. Vettel reacted too late on an undercut by Lewis Hamilton, although he, too, chose the right strategy – a one-stop strategy

“Mercedes has been able to play more aggressively with the strategy today, provoking mistakes by Ferrari. Ferrari overbet on Vettel because they thought the hard tire would not last so long with Lewis.”

Hamilton rejoiced: “An incredible result. My car was damaged after coming in contact with Verstappen and the stint on the hard tire lasted forever, but I pulled it through!”

Vettel admitted: “Valtteri was pushing behind me, so I couldn’t attack Lewis properly anymore.”

The second German Nico Hülkenberg (Renault) landed in tenth place. After a crash with Daniel Kvyat, he lost his position at first but was granted his position back by the stewards.

Max Verstappen came in sixth behind team-mate Alex Albon after he had to cut through the entire field. The Red Bull star lost all chances on a podium finish after a fight with Valtteri Bottas which cost him a tire. Sergio Perez (Racing Point) the local hero in Mexico, achieved a mighty 7th place for Racing Point, himself and his entire country.