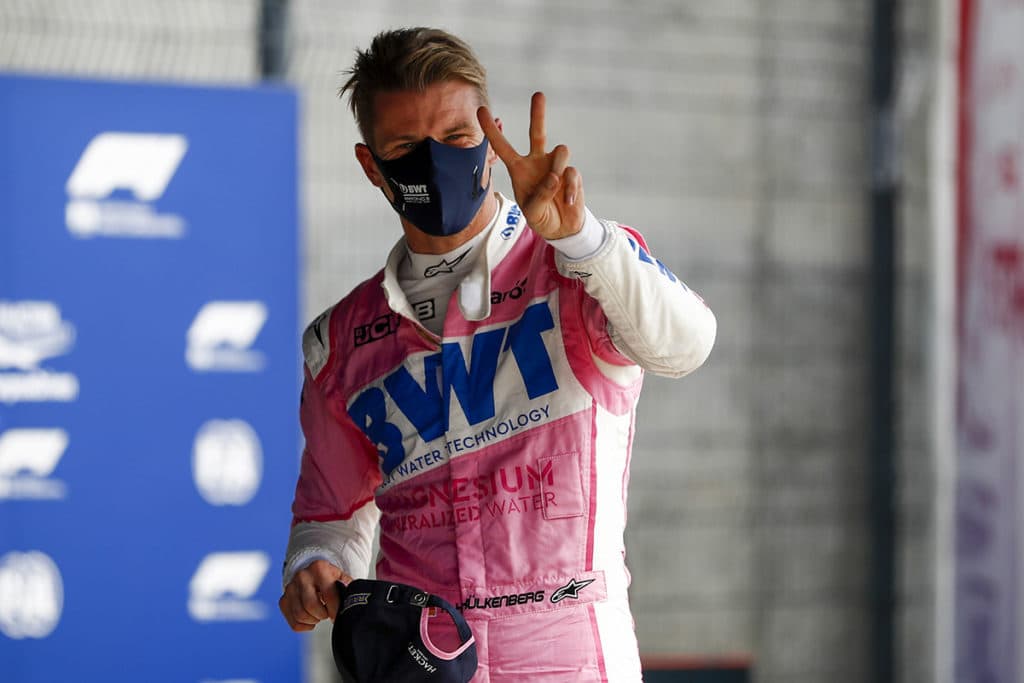 Red Bull motorsport chief consultant Helmut Marko (77) let all cats out of the bag in the Sport1 talk show on Sunday evening. The Graz doctor of law spoke bluntly in plain language. One major topic was the drivers’ question for 2021, and Marko made concrete what had previously only been wild speculation. Nico Hülkenberg is indeed a topic for the place next to wonder boy Max Verstappen. The same applies to Sergio Perez, who will lose his seat to Sebastian Vettel next year.

One thing is certain: Alexander Albon will only keep his place at Red Bull if he delivers the performance in the last six races that is expected of the Thai driver at Red Bull. Performance is a matter of definition. He may lose about three tenths of a second per lap on the stagger, then he would easily be in the green zone. But how is Albon supposed to pull this sudden increase in performance out of the hat? As we all know, Red Bull gives you wings, but not that many. So far, the difference to the Dutchman has been double the average. The car is extremely difficult to drive at the limit. The exceptional talent from the Netherlands can handle it – but Albon has problems riding this sharp razor blade.

In 2021, Red Bull wants to compete for the title, but to do so, you need two drivers who are more or less at eye level. The brave and likeable Albon will not make it. He already seems dishevelled in his soul, broken on the wunderkind Verstappen as the Frenchman Gasly did before.

Meaning: To survive Verstappen, one must not only be able to step on the gas. You have to be mentally extremely strong as well as talented. Exactly that applies to the Emmericher Hülkenberg. And not to Albon, nor to the Mexican Sergio Perez, who is considered a tire whisperer in the scene, but has mental ups and downs. When he rode for the first time in a top team at McLaren in 2013, he was unable to meet the high expectations because his mind was not clear.

You can be fast, tune vehicles with experience, but you can only train your mental balance up to a certain limit. There is also no manual to become Mr. Cool. You are cool or you are not. Hülkenberg is it and you need this quality in addition to stacking.

In addition, purely in terms of sport: At Red Bull, they know exactly how important it is to have two top drivers on the team. Only in this way is it possible to stand up to the seemingly overpowering men from Mercedes. This is the only way to play with strategies. If the opponent only has to concentrate on one driver, it is tactically much easier to keep him in check. Mateschitz and Marko won their first world championship title in 2010, because with Mark Webber and Sebastian Vettel in the last race in Abu Dhabi they still had two irons in the fire of the world championship fight. Red Bull split the strategy, brought Webber to an early pit stop, Ferrari blindly followed the decision and also brought Alonso in – much too early. Vettel drove on and won the race and the title. One thing is certain: this would not have been possible with an Albon instead of Webber.

Hülkenberg could play the Webber role optimally from 2021. Better still: there is no danger of him and Verstappen clashing, as was the case with Vettel and Webber. Verstappen and Hülkenberg appreciate and respect each other. Hülkenberg even speaks Dutch, which certainly does no harm at the mutual sympathy gala.

And: As a guy, the German reminds one a little of the legendary Jochen Rindt, the old childhood friend of Helmut Marko and the idol of Dietrich Mateschitz. So he also fits the image of the Austrians.

Despite all the arguments: It is far from being the case. Perhaps Albon will find a magic potion that will make his performance explode. Or maybe the Mexican market is so important for Red Bull that in the end it’s the decisive factor. At the end of November, the decision will be made.