Finally, the 5th season of the FAI Formal E championship had its kick-off start in one of the most exotic places on the race calendar – Ad Diriyah Saudi Arabia. 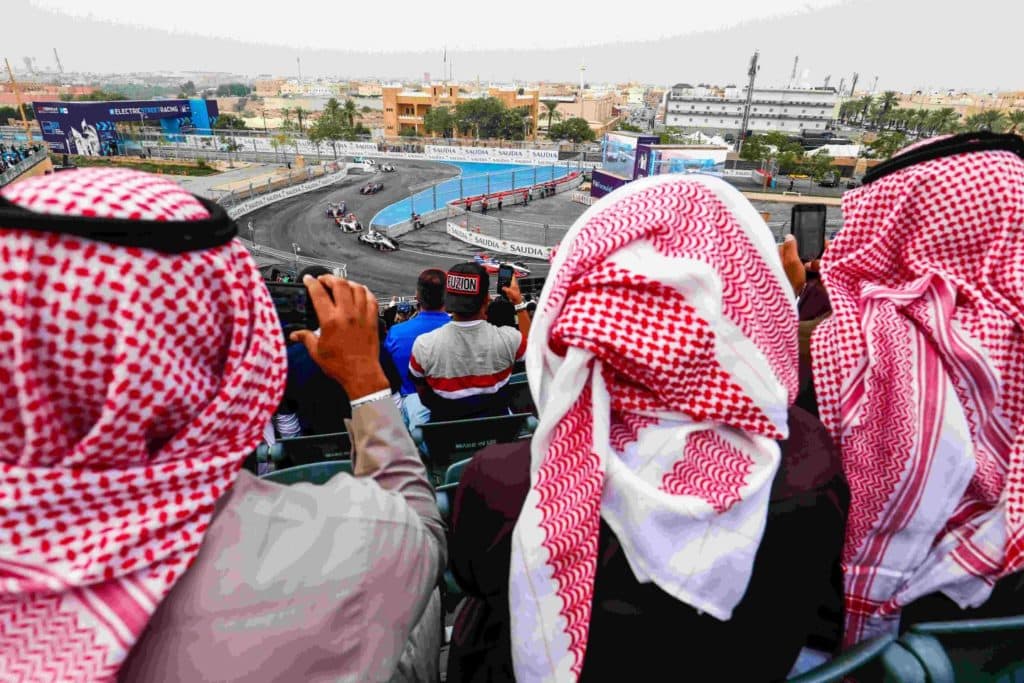 In an exciting race, and with initial starting grid confusion Antonio Felix da Costa scored his second Formula E win and the first for BMW i Andretti.

First in qualifying, da Costa had trouble parking his car on the grid. Trying to correct this minor embarrassment by doing the classic reverse move, his car finally pointed towards the barriers.

Yet, he led the pack in the first corners but lost the lead temporarily in lap 15 to Jean-Eric Vergne.

However, Vergne and Lotterer were given drive-through penalties for technical infringements, as were Alexander Sims and Felipe Massa.

Calling in the Safety Car

After a safety car incident, due to a left-rear suspension failure by Lopez, Vergne emerged in fifth position bringing him back into play for the final laps of the race.

Using Attack Mode Vergne regained second and in a dramatic final lap, he made a last attempt to capture back the lead from da Costa.

But Vergne fell short by 0.462s as da Costa prevailed. It would be da Costa’s second win in Formula E  and the first for his team BMW on its FE debut.

Wehrlein had a contractual obligation with Mercedes his former employer, to miss this race. However, he will have his debut race for Formula E next month in Marrakesh.

Lotterer also got an extra point for securing the fastest lap of the ePrix.

Felipe Massa was 14th on his FE debut but was running inside the points when he received his penalty. 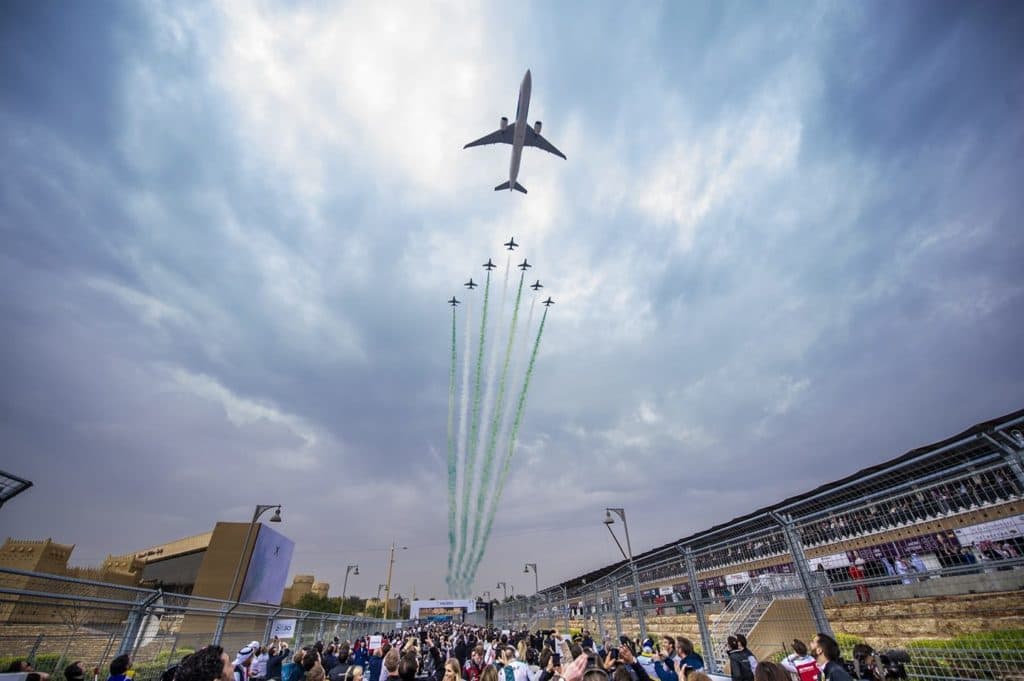 According to Fia Formula E, drivers praised the track, and motor sport fans were treated with plenty of action, surprising rain, and a first-class entertainment program that included live music, and cultural events.

For the first time, the Gen2 cars made their debut on the 2.495km track in the desert country. With a new futuristic design, they did not only impress the drivers with a fast laps, but also the audience.

Alongside new cars, new drivers, new teams and a new track, the 2018 SAUDIA Ad Diriyah E-Prix saw the debut of a new power mode in the form of ATTACK MODE.

Placed off the racing line on the exit of Turn 17, all 22 drivers had to pass through the ATTACK MODE activation zone twice, each time collecting an additional 25kW of power that they could engage for four minutes each time during the race.

Next Race in Marrakesh

With the season opener and Saudi showdown already over and done with, we’re already looking forward to the next race – the 2019 Marrakesh E-Prix where Formula E returns for the third time in the series’ history. Get ready for sand, souks and a spectacular showdown in Morocco’s magical city of Marrakesh. The battle for the streets is back. Join us.

Verstappen: The wood from which champions are made