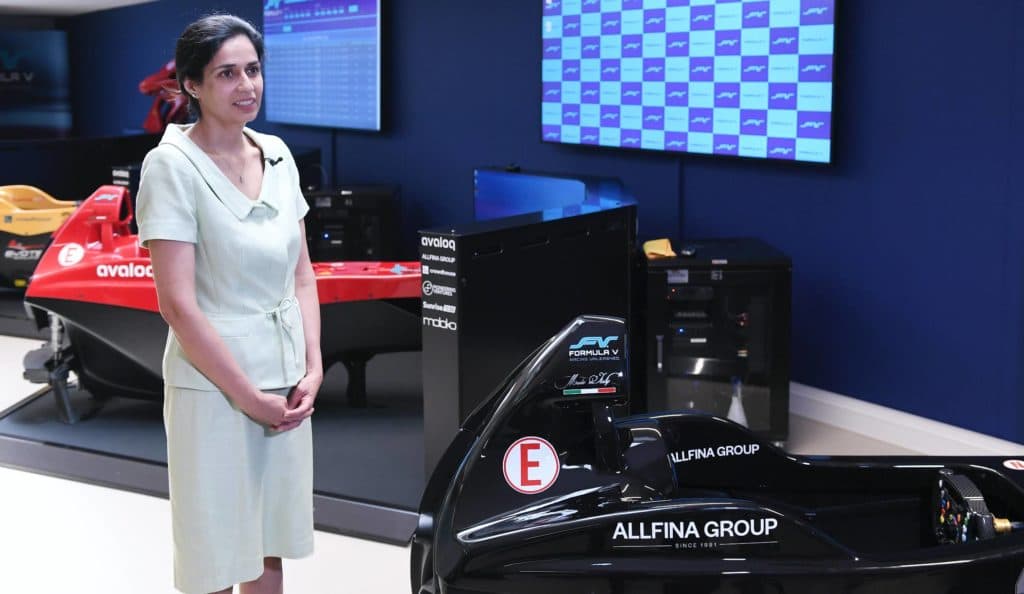 Monisha Kaltenborn (48) has always enjoyed watching people and interpreting their behavior. Not only at times when she had to manage the Sauber team through a period of financially difficult – after BMW’s unexpected exit from its F1 work 2009 to 2017.

The razor-sharp analysis helped her keep the team alive in those tough times. The illness was called “lack of money”, with which the Sauber team had to struggle at that time. It didn’t arise from any microorganism, but had its origin in BMW’s exit, which led to lengthy and serious side effects.

For Monisha, it isn’t difficult to calmly steer through the collective crisis that the coronavirus has triggered worldwide. Instead of being part of the fierce jungle within the paddock, she is now watching her fellow humans in Switzerland. And comes to the conclusion: “I have the feeling that the people here are very disciplined given the restrictions that the Federal Council has imposed. There is caution, but there is no panic. The supermarket shelves are filled as usual, except for toilet paper.”

Basically, according to the Zurich woman. “There is a feeling in Switzerland that politicians handle the extremely difficult situation sensibly and that proportionality has been preserved. For example, it was very quick for small companies to get personal loans in an uncomplicated way to get through the difficult times. The banks were made responsible for this by politics. The important thing is that the economy doesn’t stand still here.”

Although the businesses that are not absolutely necessary are closed, there are instructions from above to work from home if possible. “But there is no general curfew, offices can remain open with a minimum number of employees. The safety regulations and the necessary distance must always be observed. ”

The qualified lawyer currently works as a managing director at “Racing Unleashed”, a company that produces and markets high-tech racing simulators. She is in her office in Cham just outside the Swiss economic metropolis every day. “At the moment I mainly conduct video conferences, phone calls and communicate via emails. One thing is certain: Without the Internet, the economic damage would be much greater, life would be completely paralyzed.”

That also applies to private life. Since the schools are closed, their children’s classrooms – both teenagers – were quickly moved home. Kaltenborn: “They have normal lessons every day… But everything else is completely normal. ”

It goes without saying that she is still watching Formula 1. Her connection to the scene is strong as usual. Although she is not currently employed in the premier class of automobile sports. Like anyone else, she was disappointed to see the first race in Melbourne being canceled. Kaltenborn: “The entire communication between the responsible parties did not look very good from the outside. It didn’t appear uniform. In contrast to other sports, where action was taken much faster and more transparent. ”

If she had been a team manager in Australia, it wouldn’t have taken her long to make a decision. “There would have been two opinions. Or at least two reasons not to drive: First, to protect your own team. Secondly, out of solidarity with the competition. ”

However, she was positively surprised at how constructively and quickly the Austrian Football Association acted during the crisis. Kaltenborn has been a board member of the traditional club Rapid Vienna for three months and was therefore involved in all decisions. Kaltenborn: “The ÖFB gave more freedom, patiently listened to all opinions. There was no total agreement in the discussions, but in the end, it was decided to cancel the games until further notice. I found it all very positive. ”

She also states: “Everyone at Rapid tries to do their part to get through this difficult time. I really mean everyone. From the board and management to the players who train at home. ”

In general, she notes a positive aspect that Corona triggered not only at Rapid Vienna, but everywhere: “The crisis strengthens cohesion for almost everyone. This is very important.”