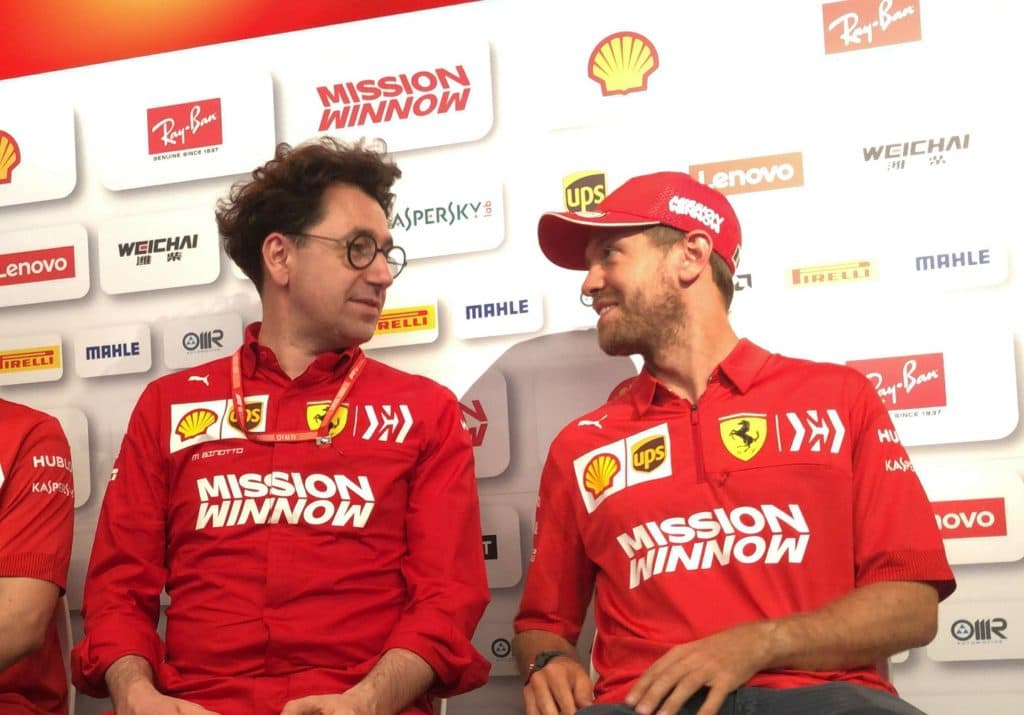 No easy times for Sebastian Vettel. He has been without a victory for more than a year now and at Ferrari, Charles Leclerc has conquered the hearts of his team and their fans.

Rarely, has Sebastian Vettel (32) seen such a defeat in his career. While his team-mate Charles Leclerc (21) led Ferrari to the first victory of the season in Spa, the German didn’t even finish on the podium coming in fourth, and that just ahead of Ferrari’s home Grand Prix in Monza.

He is now a year without a victory and even though the four-time world champion is still in the lead by 12 points, more and more experts doubt that he will be able to turn the tide against his increasingly strong teammate.

Ex-World Champion Nico Rosberg (34) had already demanded after Leclerc’s pole position on Saturday to make Vettel the number two driver. During the race, the German had to let Leclerc pass after being much slower.

“In Spa, Charles was the faster, so we had to do everything to ensure a victory against Mercedes. But it can already turn in favor of Sebastian at the next race.”

“In Hockenheim and Hungary, he was faster. Maybe the set-up just didn’t work in Spa. He was struggling with a lot of tire wear. We still have to analyze that. At any rate, I don’t see his situation as negative. Besides, for us #1 is always the team,” Binotto continued.

Hence, it was highly appreciated by everyone that Vettel blocked Lewis Hamilton in Belgium to give Leclerc enough of a margin to secure his victory.

“Seb has proven himself to be a strong team player in Spa, making our first win possible…”

One thing is certain, as far as the popularity is concerned, Leclerc is on the verge of overtaking the German. Even Mercedes rival Lewis Hamilton (34) paid his respect:

“When you come to Ferrari as a young driver, it’s always difficult. However, when you defeat a fourfold champion in training more often and you’re faster in the race, that speaks for itself.”

“Sebastian still has this season to pick up the scepter again. Otherwise, Leclerc will be the team’s #1 in 2020.”