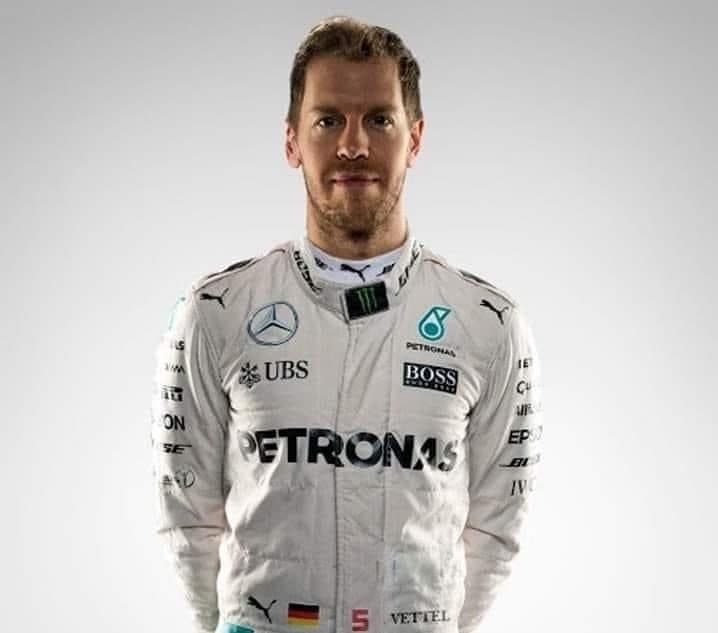 What will Sebastian Vettel do in 2021? It is THE question that fans around the world are currently asking. F1-Insider.com already reported: The German wants to join a top team or quit.

THE BEST OR NOTHING. The Mercedes advertising slogan fits perfectly with Sebastian Vettel’s situation.

Mercedes’ team principal Toto Wolff is not exactly rolling out the red carpet for the German world champion. However, a rejection also sounds different. The team boss remains vague.

Wolff talking to Austrian broadcaster ORF: “Of course a German driver in a German vehicle is a good marketing story.” And: “We are only working towards success. Sebastian is of course someone who is really good. “

But there won’t be any decision made soon. Wolff: “It is somewhat difficult to manage if you are driving with someone who will drive in a different team the next year. What do you do with the innovations when you know that a driver can use them against you next year? That’s why all teams that have announced their driver changes prematurely are in a difficult situation that we don’t want to go into.”

Nevertheless, Mercedes has to think about their drivers. Now. Not only because Vettel is on the market. The contracts of the current pilots Lewis Hamilton and Valtteri Bottas expire at the end of 2020. Wolff also thinks of the youth in his own stable: “That’s why we ask what to do with George Russell and then there’s a Sebastian-Vettel-possibility. But that’s not the very first agenda right now because we want to focus on our own squad first. ”

The question remains: To what extent does Toto Wolff actually decide on the future of the Mercedes factory team? His contract as head of motorsport expires at the end of 2020. In the ORF interview, he insists on his role as a 30 percent shareholder: “Without Niki (Lauda; ed.), I’m the only team partner now. It’s about whether I extend my contract as a team principal and how we continue with this joint company. We are currently discussing this.”

Does Vettel know that? He doesn’t have a manager. But: The Hesse is still in close contact with ex-Formula 1 boss Bernie Ecclestone. Vettel’s ex-teammate Mark Webber believes the Brit still advises him: “You shouldn’t underestimate who gives Sebastian a lot of advice … Bernie.”

Already at the end of March, the former Formula 1 chief marketer had emphasized when talking to F1-Insider.com: “I think that Sebastian’s performance suffered recently under the Ferrari constellation with the new teammate Charles Leclerc, whose manager is also the son of the FIA ​​President. I suspect he doesn’t see Binotto as the supporter he needs in his situation. Sebastian should therefore stop or look for alternatives for 2021. McLaren, then again with Mercedes engines, could be one of those.”

When asked by this website, the Briton now says: “It was foreseeable that Sebastian would part with Ferrari. It was never the same magic between him and Ferrari as between Michael Schumacher and the Italians. The team and its team bosses have never been standing as much behind Vettel as they did for Schumacher. ”

Ecclestone’s vision for Vettel’s future: “In the current situation, Mercedes should consider engaging a German hero like Sebastian. This could create an emotional boost for employees and also set positive signals for the outside world. In any case, the PR effectiveness of Vettel at Mercedes would be mega. “

However: Would Ecclestone really advise Vettel to team up with Toto Wolff at the top? It is doubtful. Because Ecclestone is no longer a friend of Wolff. The Briton was a supporter of the Austrian for many years. Now he has turned away from him. Among other things, because of a Rolex, which is supposed to have a value of 250,000 euros.

Dispute between Ecclestone and Wolff

Background: In 2013, a dispute broke out between former F1 team boss Colin Kolles (Jordan, Midland, Spyker, Force India, HRT, Caterham) and Wolff. Wolff allegedly owed money and a word of honor to Kolles. Kolles, who introduced the then F1 Greenhorn Wolff to Ecclestone in 2009 and brokered a deal as a shareholder in the Williams racing team in the same year, was to be given team leadership at Williams in return. But the Viennese – as the successor to Norbert Haug as head of sports at Mercedes – did not want to remember financial obligations or his agreements with Kolles.

The result: Ecclestone mediated between the two in 2013 because he did not want to risk an exit of Mercedes. Out of gratitude, Wolff later gave him a Rolex so that Mr. E could include it in his famous watch collection. But it is no longer there …

Ecclestone to F1-Insider.com: “Sometime last year, Wolff’s wife (Susie, d. Red.) visited me to take a look at my watch collection. But Susie only had one goal: she wanted her husband’s Rolex back. When she saw the watch in the display case, she wailed how much Toto was attached to her because of the memory of his father. I was so flabbergasted that I left it to her. She took it without saying thank you. Only later I did realize that the Rolex no longer belonged to Toto because he gave it to me in 2013.”

For two weeks, F1-Insider.com unsuccessfully tried to ask Toto and Susie Wolff and Mercedes to comment on the Ecclestone statements. Corresponding emails to the press office of the F1 team and the press department of the group were not answered.

Colin Kolles, on the other hand, confirms a part of the process: “In 2013 I even suggested to Toto to give Ecclestone the watch for his help. He immediately accepted my advice.“

That also means: Two hearts are currently beating in Ecclestone’s chest. He advises Vettel to Mercedes and Mercedes to Vettel. But the prospective father is probably less happy about a possible alliance between team boss Toto Wolff and his protégé from Heppenheim …