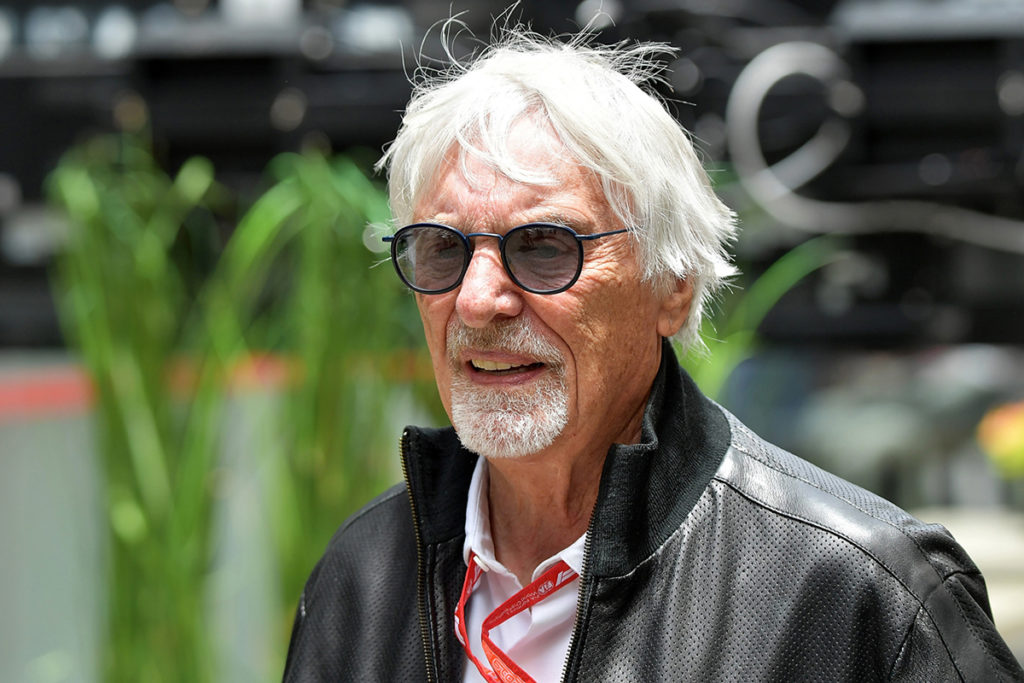 He is the father of Formula 1: Bernie Ecclestone (90). One week before the start of the season of the top class, the Briton appeared in the “AvD Motor & Sport Magazin” on SPORT1.

F1-Insider.com supports the show with guest acquisition. With Ecclestone, the talk show on our partner TV station SPORT1 started the season with a heavyweight in racing. And with statements like these.

Ecclestone: “Schumacher: That’s the name that has to be in Formula 1!”

However, the ex-Formula 1 chief promoter also admits that the son of the record world champion will have to face difficulties at the back of the field: “I feel sorry for him, because he has great qualities that could help him achieve more than he can do with the people where he is now (Haas; ed.),” said Ecclestone. “I’m not sure he can learn that much there. He won’t have anyone there who can teach him much. He’s very much on his own.”

Mr. E would have liked “a team like Red Bull” for Mick Schumacher. “A team that has the skills to win races. That has people on the team who can help him do just that. His performance in Formula 2 was super. It’s not going to be that easy in the current team.”

Nevertheless, the former 90-year-old thinks highly of Schumacher’s son: “I think he has inherited a lot of his father’s genius. I would be very disappointed if we didn’t see great performances from him in the future.”

Mick’s father, Michael, helped Ecclestone turn Formula One into a billion-dollar sporting event in the 1990s and 2000s. Ecclestone hasn’t forgotten that: “Michael is a first-class person. The nice thing I can say about Michael Schumacher: There were never any problems with him. It was difficult not to like him.”

The iconic Brit also commented on Sebastian Vettel. “The best thing he can do, and the best thing anyone can do, is forget about his years at Ferrari. What a lot of people might not know is that he’s a very sensitive guy. He loves to be loved. That didn’t happen to him at Ferrari.”

Ecclestone is close friends with Vettel and has also made contact with his new team Aston Martin and its boss Lawrence Stroll. Why the Hessian continues in Formula 1, the little Englishman can explain accordingly exactly.

“It’s not like he was disappointed with life or didn’t want to be the old Vettel. It was simply that he needed to get back into a suitable team. I’m sure he’s now in the right team, where they care about him. There he has the prerequisite to show the old Vettel again. And I believe he will succeed there.”