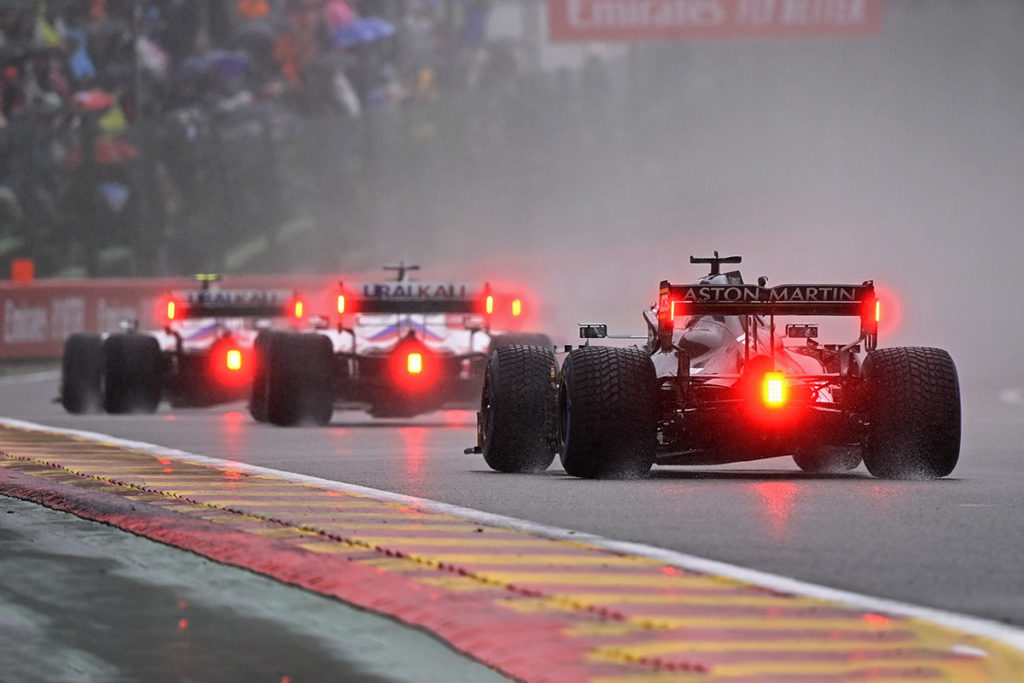 After the race in Spa/Belgium, ex-Formula 1 boss Bernie Ecclestone speaks out

Ex-Formula 1 boss Bernie Ecclestone (90) didn’t know whether to laugh or cry. He sat in front of the TV for five hours and couldn’t believe how the people in charge of Formula 1 – the sport, in other words, that he made great – acted during Sunday’s rainy chaos non-race at the Grand Prix of Belgium in Spa. Ecclestone told F1-Insider.com: “It was a disaster. You don’t have any influence on the weather, but how you deal with it. It seemed that nobody wanted to take responsibility and make decisions. And in the end, together, they did everything wrong.”

Ecclestone continues: “How can you just let them run the two laps behind the safety car, then finish the race and then stand there like Stefano (Domenicali, F1 CEO; ed.) and say: ‘We didn’t have any commercial reasons for doing this!’?”

Background: Formula One CEO Stefano Domenicali had previously denied that the two minimum laps were about contracts, following criticism from Mercedes star Lewis Hamilton (“money scenario”). “To assume any commercial connection is wrong,” he said.

Ecclestone contradicts: “That’s not true. There are contracts. By starting the race and completing their two minimum laps for a result, their contract has been fulfilled. So the organizer is obligated to pay the rights holder.”

Ecclestone, too, would have tried to honor contracts and generate the corresponding revenue. “But if that’s the case,” the Briton said, “I’m doing a lot more laps behind the safety car than only two. On the one hand, to really hope for an improvement in the weather and a drying track. And secondly, not to end up like you are now. Because it doesn’t get more obvious than stopping after exactly two laps. Now everyone knows it was just for commercial reasons.”

According to Ecclestone, viewers should get their money back

According to Ecclestone, viewers should get their money back from the rights holder. Ecclestone: “From the money that the rights owners have made from their two cheating laps, they should compensate the fans who stayed in the rain for ten hours. There would still be enough left over in profit.”

That there was a result and half the points, on the other hand, the Brit thinks is right. “Max Verstappen, George Russell and all the others risked their butts in qualifying and did a fantastic job. So it’s only right that that’s appreciated. Maybe now, more than before, we should think about even giving out points in qualifying.”

And how would Ecclestone have handled the situation at Spa? “The same as always,” he says unapologetically, citing three examples from the days when he was still at the helm of the premier class. “In 1976 at Fuji, we had the first ever worldwide television coverage. It was pouring with rain, really unpleasant. Still, I wanted to let it start. I told everyone: ‘I’m not forcing you to race! If you don’t want to, don’t. But I will let the race start. Niki Lauda drove into the pits after the first lap and gave up. I thought that was consistent. The others drove on.”

The same thing happened in Adelaide in 1990. Ecclestone: “It was raining even more than in Spa. The drivers grumbled, but I told them: ‘You don’t have to drive, your choice!’ We started the race and after 14 laps we realized: it makes no sense. But at least we tried properly.”

Ecclestone acted in a similar way at the scandalous race in Indianapolis in 2005. Ecclestone: “Michelin had a problem. They wanted us to cancel the race. Charlie Whiting (the FIA race director at the time, the ed.) came to me and asked for advice, as he has always done. I told him: ‘Tell them we’ll start the race. If it’s too dangerous for them, tell them to come into the pits after a few laps.’ That’s what happened. In Spa, I would have acted the same way. But the way it happened now there were only losers.”