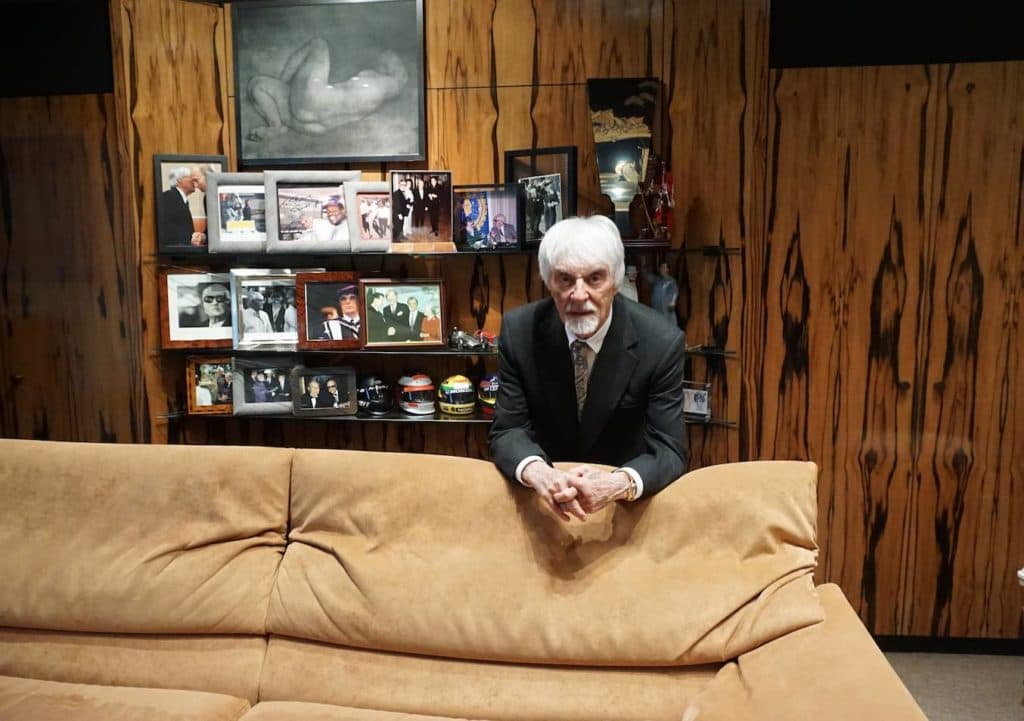 They still exist in times of corona-madness: the good news that report abput new life and not death. F1-Insider.com, in collaboration with Sport1, has received a message that is like a wonder that gives hope.

We know firsthand: Ex-Formula 1 boss Bernie Ecclestone (89) is becoming a father for the fourth time. The birth of his fourth child is calculated for July. It will be born in Brazil. Ecclestone and his wife Fabiana (41) (née Fiosi) spend the time up to the birth in the Brazilian homecountry of Fabiana.

Ecclestone bought a large coffee plantation just outside Sao Paulo five years ago. There he lovingly takes care of his wife, whom he met ten years ago during the Brazilian Grand Prix and married in August 2012. The Brit already has three daughters from his previous two marriages. Tamara (35), Petra (31) and Deborah (65) have made him a grandfather five times. Now he’s finally going to get a baby boy!

Ecclestone, one of the world’s greatest sports marketers of all time and still courted by politicians and superstars, is currently enjoying the corona-related forced quarantine on his farm. He follows world events on several screens and spends a lot of time in nature.

Ecclestone, with whom F1-Insider.com regularly talks on the phone: “There is always something to do on a farm. I am also learning a lot about the behavior of my chickens, who do all kinds of spectacles in front of my terrace. I used to send my friends to the barn to collect eggs to get our breakfast. Now I’m going to do it myself, because nobody is allowed to visit us anymore. “

However, it is uncertain whether Ecclestone will make the Guinness Book of Records with his new fathership. A 96-year-old American is said to top this list. But he is definitely at the forefront among the celebrities. Hollywood icon Clint Eastwood made it to the joy of being a father at 66, Ecclestone’s “friend from Liverpool”, Paul McCartney, was already 61.

Anyone who knows Ecclestone and his sense of humor knows that it certainly makes him proud and gives him “satisfaction” that he has surpassed his buddy Mick Jagger: The “Oberstone”, who has often been a guest of Bernie Ecclestone in the Formula 1 paddock, became in December 2016 father again at the age of 73.