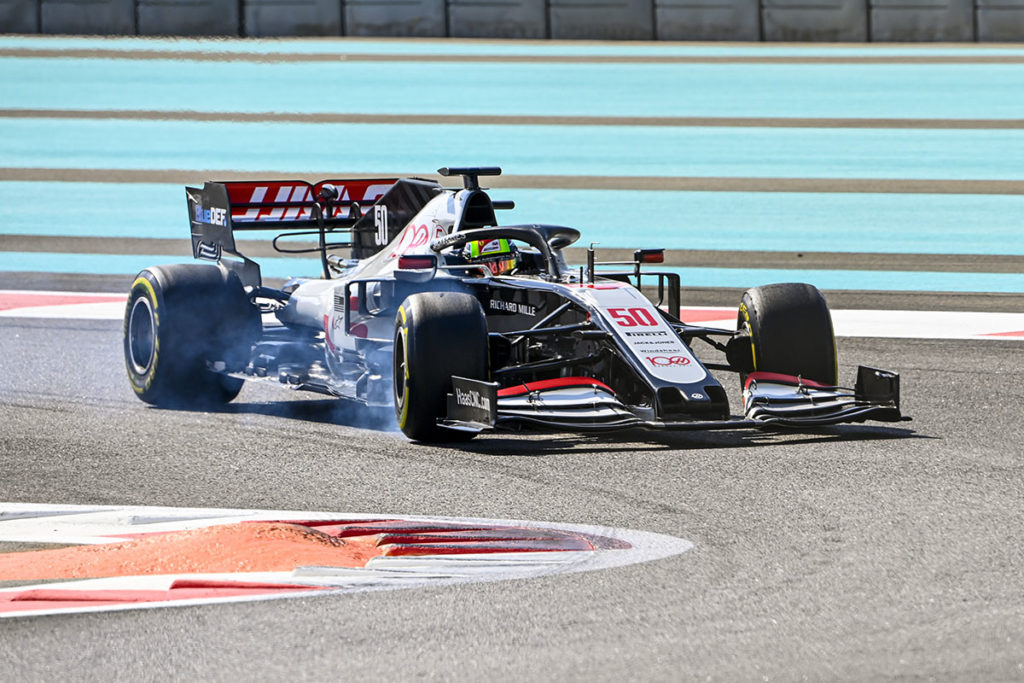 Mick Schumacher (21) versus Nikita Mazepin (21): This is going to be fun! Cult team boss Günther Steiner (55) of the American Haas F1 racing team must feel like the nurturer of two alpha puppies who have to learn to walk together without biting each other in the throat.

After all, the Formula 1 team has not yet driven a meter this season, and its two rookies are already making plenty of headlines. The Russian Nikita Mazepin with a misogynistic video and strong statements. Mick Schumacher because he is the son of legend Michael Schumacher (52) and also has his genes. One of them is: first you have to beat the enemy in your own team. “That’s exactly what he has to do first,” uncle Ralf Schumacher agrees.

Mazepin – as quick and irreverent in the car as he is with his words – doesn’t want to be impressed by his teammate’s big name. “We’re not friends,” the Russian pours oil on the team duel fire on Match TV, “only old acquaintances who have already raced kart together.”

He also says he doesn’t care about his teammate’s famous name. “I’m not interested in that. His name gives him more power, but also puts more pressure on him. When I lower my visor, I don’t think about it.”

One thing is certain: Mazepin enters the season as well prepared as F2 champion and Ferrari junior Mick Schumacher. His father Dmitry, a Russian oligarch, paid millions to give his son a wealth of experience going into his first season in the premier class. In 2019, for example, he financed a twelve-day test for his filius in two-year-old Mercedes Formula One race cars – at six different circuits and with Mercedes junior Esteban Ocon as his “driving instructor.”

“He has shown this year that he is very fast,” Mick Schumacher says of his new teammate. “That he is very inquisitive, that he works hard on himself. I know him from 2013 and 2014. We’re both very hungry and want to get going now.”

Steiner, meanwhile, doesn’t see a problem with all the ambition and competitiveness of his two “puppies”: “Competition stimulates business if it stays within the right channels,” the South Tyrolean told F1-Insider.com. “If it ever gets out of hand, I will make clear announcements. Then it can also get loud. But I don’t think that will be necessary. I trust them both.”

Instead, he is banking on a similar learning curve that today’s Ferrari star Charles Leclerc went through in his first Formula 1 season at Sauber in 2018. Steiner: “In the first few races, he wasn’t faster than his teammate. But he then learned extremely quickly. That’s what I expect from Mick in particular. I’m convinced that as early as the second half of the season we’ll have two drivers who know exactly what to do.”

Results will then have to come in the second year at Haas. Steiner: “In 2022 they should be in a position to prove what they are capable of. Our job is to train them and build them a car with which they can show their abilities. To then take their destiny into their own hands.”