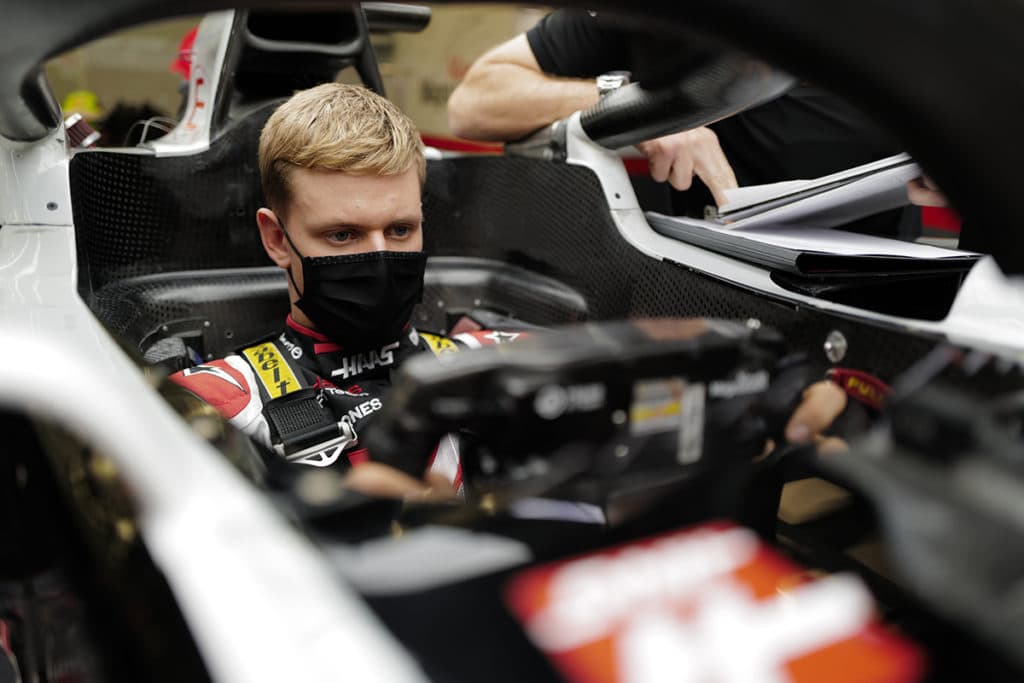 Mr. Steiner, you are now a superstar in Germany, because you signed a contract with Mick Schumacher, the son of the nation, for next year. This is shown by the enormous media echo. Are you aware of this?

Günther Steiner (55, laughs): I am aware of the responsibility. I also know what it means to deal with young drivers like Mick Schumacher and Nikita Mazepin. There will be ups and downs. But when you have the opportunity to do something like this, you should take the chance. No risk, no fun. I don’t like people who always say no out of precaution.

What are the advantages?

To be honest: We are not exactly the best team at the moment. But for Mick it’s a good thing. It gives us the opportunity to grow together. He knows where he stands. And he’s not under so much pressure at the beginning. If we had a super-fast car that you could ride at the front under your own power, everyone would expect victories from a Schumacher. That’s not the case with us. That means he has more time and peace to improve and learn. In addition: 2021 is a transition year for us, because the regulations will not change drastically until 2022. That’s why I wanted drivers who would learn in 2021 and be ready in 2022. I take this responsibility very seriously. There will certainly be criticism, but I accept that. I don’t like simple things anyway, but I love a challenge.

Nevertheless: With Kevin Magnussen and Romain Grosjean you worked with experienced drivers for a long time. On the other hand Mick Schumacher and Nikita Mazepin are puppies for you. Do you now attend a children and youth book seminar in order to understand the world of kids, or do you therefore talk even more than usual to your daughter, who is closer to the two youngsters in age than you are?

Steiner (laughs): Well, in my mind I have remained very young. Of course it’s different, whether you have appointments with two 21-year-olds, for example, or with two experienced people. There are things that are still new for them and normal for me. But these are small things. I haven’t had that much time to have in-depth conversations with them yet. On the one hand, this was due to the laws of the pandemic, which forces each team to live in its own bubble. On the other hand, they still have to finish their Formula 2 season – and it only hurts if you distract them too much. But the idea of talking to my daughter more is not such a bad idea.

You praised the environment of Mick Schumacher. Who did you have the contract discussions with?

Mainly with Sabine Kehm, who has worked for the Schumacher family for a long time, and with Mick’s lawyers. I could tell from the questions that there is a very professional environment, with a lot of experience in the background.

You have been hinting for weeks how special it would be to work with a Schumacher. Now you have bagged the deal. How proud does that make you?

The whole team is proud of it. I have people on the team that have worked with Mick’s father before. They got their eyes really wet with joy. But we also know that Mick’s commitment not only means peace, joy and pancakes, but also an extreme amount of responsibility. It is important to keep the pressure of the name away from him and at the same time to make him better and better. Joy clearly outweighs this. By the way, it’s also good for Formula 1: Michael is a legend, now his son is here. We’re bringing the name Schumacher back to Formula 1, which is exactly the kind of story that everyone needs. But I want to make one thing clear: Mick got the job not because of the name, but because of his achievements. He has won all the championships so far, in Formula 2 he will probably win again this weekend, but he will be at least second. That means: Even if his name was Mick Müller, we and others would have had him on the roster. In summary, I can say: I think the situation is extremely cool and it is a great honor for me and the team.

What human impression has Mick made on you so far?

He is extremely well prepared and very focused. He wants success with everything he has. I am happy because I saw how happy he was when he got the news that he was coming to us. This was not a matter of course for him either.

Were you able to decide for yourself or did his main employer Ferrari have a say?

We started talking when I made the decision to work with young drivers. We wanted to have the best, and if he was also called Schumacher: all the better!

Mick remains Ferrari Junior. So is your engine partner now even more responsible?

In any case, they are putting more pressure. Hopefully they can help us, but the regulations clearly define what you are allowed to do and what you cannot do. You are not allowed to copy cars, we have learned that since this season (laughs)

Your weakest point this season was the Ferrari engine. They have to make it competitive again in any case.

That would definitely help.

What’s the next step after Bahrain?

I told Mick on Wednesday: “You won’t hear from me again until Monday. Until then you concentrate completely on your Formula 2 race. So we wanted to announce the commitment before the last F2 race. Starting Monday, Mick and Nikita will both be in the Haas bubble. Mick will then drive the first Friday practice session for us on Friday. And afterwards both will do the test drives, which will take place on Tuesday and Wednesday after the race.

If Romain Grosjean is not yet fit in Abu Dhabi, could Mick Schumacher or Nikita Mazepin stand in for him? Or Fittipaldi again to replace him in Bahrain?

I have not yet thought about that and I don’t want to worry about it. On Tuesday we have to report our pilot for the last race in Abu Dhabi. Then we’ll have to see how Romain is doing and only then can we start thinking about it. But honestly: Would it make sense to let Mick or Nikita drive the race? Probably not. You don’t have to increase the pressure artificially.

Speaking of Grosjean: What did you think in the first moment when you saw your driver in the fireball?

It took me a while before I realized that it was my car. His engineer said immediately afterwards: He got out of the car. That went much too fast to think seriously. His physiotherapist then ran straight to the medical center and told us that he had no serious injuries. Afterwards, the focus was on how to communicate this as quickly as possible, that this horror accident went smoothly. Grosjean has many friends. That’s why we used television and social media, which were optimal for that this time.

Does the relief and the fact that relatively little has happened outweigh the shock that even in this day and age a car can still go up in flames?

Absolutely the relief. I was also aware of the luck we had. Because despite all the great safety measures: physics have its limits. If the forces become too great, anything can still happen. A car can go up in flames, even if it shouldn’t. Basically the car did everything right. But even the best safety technology reaches its limits at some point. We have to learn from the accident now. Because you can always do something better.

Do we know why the car burst into flames?

Fuel leaked at two points. When a car with a full tank breaks in two, the pipes are exposed, the filler neck was shredded and fuel leaked out. We must now find out where and why the fire started and learn the lessons from this. But what we do know: The tank itself remained undamaged. And Halo saved his life. That can be said with certainty.

Did you also talk to Grosjean about the cause of the accident? Objectively speaking, he put himself in the situation.

Yes, but because of the situation I did it very carefully. I visited him in the hospital on Monday and first of all I let him know how happy we are that he still exists. You have to know: In the five years that we have worked together, with all the successes and friction, a kind of love-hate relationship has developed between us. But in such a situation there is only love. When he asked me why he had landed in the guard rails like that, I could only give him a cautious answer. “Dear Romain,” I said, “you ran over the front wheel of the Kvyat.” He was not aware of that at all.

How did his team mate Kevin Magnussen deal with the accident?

He experienced the accident live and later on on the screens. He could not believe that Romain could free himself. He was really scared.

Doesn’t the accident also have a positive aspect? Namely that all the kids and fans could see how dangerous Formula 1 drivers still live and that it is therefore something very special what they are doing? They’re not sitting at a Playstation and restart the program when they hit the wall.

You can see it that way. It is not a game. That’s why I was also in favor of showing the accident pictures. Because the fire crash ended well. Now people know that our drivers are still risking their lives – despite maximum safety. If everything goes wrong, they can lose their lives.