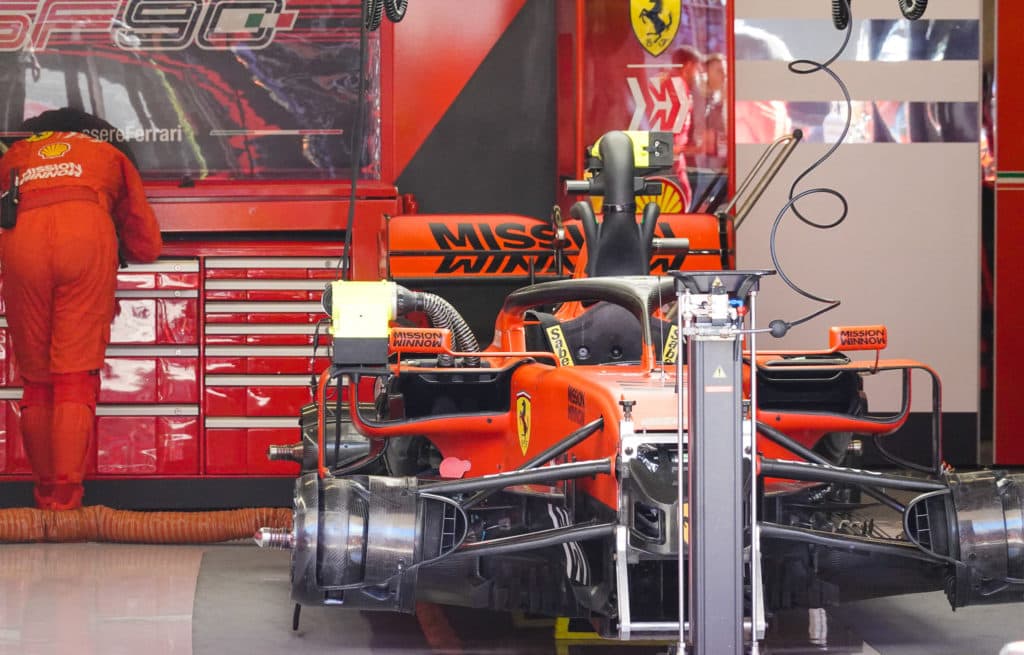 WITHOUT ECCLESTONE: FIA AND FERRARI DRAG F1 IN ITS DEEPEST CRISIS

The FIA statement on Thursday has not changed much. The secret settlement between FIA and Ferrari plunges Formula 1 into the greatest crisis of its 70-year history. #Ferrarigate.

Background: The World Automobile Federation continues to insist on its right to make secret deals with any racing team – including Ferrari – referring to a paragraph in its own disciplinary system that FIA President Jean-Todt initiated in 2010. According to the FIA ​​statutes, the plaintiff can make secret agreements with the defendant, for example, to protect the sport or prevent hopeless legal disputes.

Unfortunately, ​the seven non-Ferrari teams, led by Mercedes, see this very differently. As F1-Insider.com learned: The teams rely on the right of third parties, which must then be included in the case if they are affected. This right is even mentioned in the FIA ​​disciplinary guidelines.

In plain language: The rival teams must be informed. Reason: If Ferrari were potentially disqualified, they would move up in the championship ranking – and thus also get more money from Formula 1. For example, Red Bull, originally third behind Ferrari, would receive an additional $ 24 million. That is why the seven teams are even prepared to go to the European Court of Justice to insist on their rights.

The seriousness of the situation for the FIA ​​and its almighty President Jean Todt shows that teams are prepared to go the whole distance. And even rights holder Liberty Media could get involved. For good reason: Due to the worldwide outbreak of the Coronavirus and in view of the possible cancellation of more races, the world of F1 is under siege.

The Americans can no longer afford to have a home-made crisis due to possible mockery between a team and the umbrella organization of their multi-billion dollar business.

To understand the scope of the scandal, you have to look back a year. Ferrari was suspected of fraud in regard to its highly complex hybrid power unit during the 2019 season. Red Bull, in particular, was outspokenly suspicious and demanded better oversight. Red Bull chief consultant Helmut Marko explains why: “We knew from our GPS data that something was wrong. We didn’t have enough evidence, so we didn’t officially protest. In my opinion, however, Mercedes had the evidence. But they didn’t dare to open the box of the pandora just yet at that time. ”

Alone: ​​The reports and stories that pointed to Ferrari’s suspicious power unit were piling up. As a result, the FIA ​​couldn’t afford to completely ignore the case – they had to act. In the end, they came to an agreement with Ferrari. The Italians had to build a completely new engine for 2020, but the content of the deal was kept secret.

The cynical thing about it: The FIA ​​made the process public through a letter jointly written by Ferrari and FIA lawyers. It was bizarre and blue-eyed at the same time. Because, as the seven teams agreed, the statement of FIA violated the sport’s values ​​of fairness and transparency.

What makes the whole situation such a delicate one is the special relationship between FIA President Jean Todt and Ferrari. Todt, who had great success as Ferrari’s team manager in the past and whose only son is now the manager of Ferrari star Charles Leclerc, was seen always very close to Ferrari. For some in the paddocks too close, yet it was tolerable. Now with the FIA agreeing on a secret settlement with Ferrari what was once tolerable has become unbearable for the other teams.

Marko, on behalf of the other teams to F1-Insider.com, puts the scandal in a nutshell. “The FIA ​​threatens to discredit the entire sport in which we all invest huge amounts of money each year. That can’t be tolerated any longer.”

Ex-Formula 1 boss Bernie Ecclestone agrees. The former F1 boss to F1-Insider.com: “The teams have to go to court. It’s about millions that I think they deserve back in money. Because if Ferrari were clean and innocent, why did they even agree to a deal with FIA? That alone seems like a confession to me. “

One thing is certain: The premier class motorsports is going through the biggest crisis in its long history. Ecclestone agrees: “There were often fires that I, as a kind of top firefighter, had to put out. In my time, however, it was always possible to find a common consensus between the teams, the FIA ​​and myself. But it’s too late for that now.”