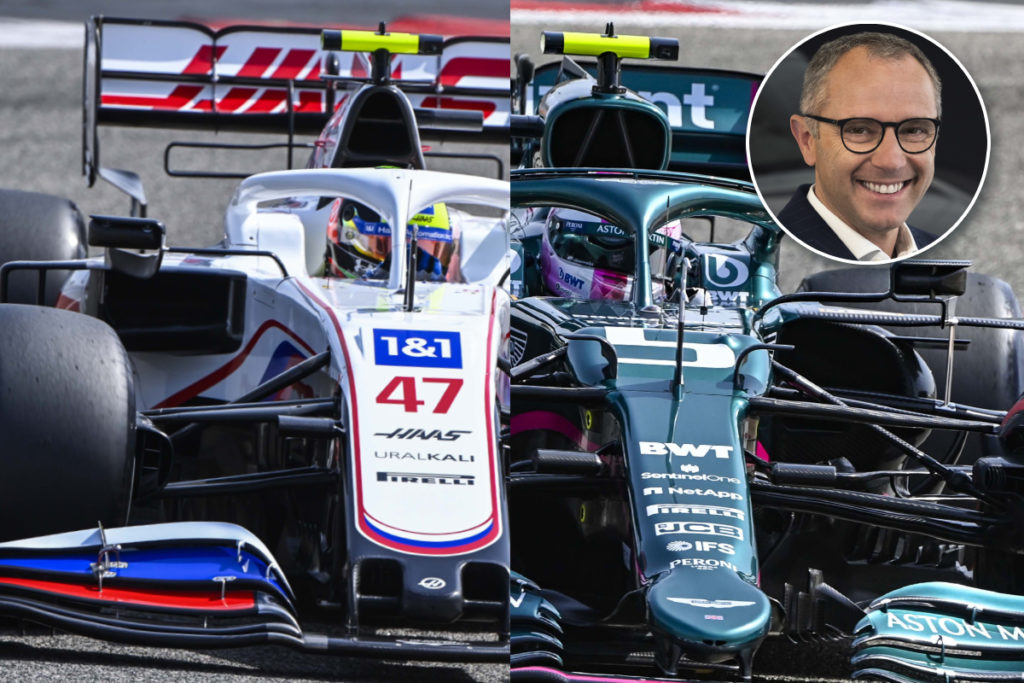 The new Formula 1 boss Stefano Domenicali is on site at the tests in Bahrain. Here he talks about the German drivers for the first time in his new role
Bianca Garloff | 12. March 2021 , 20:28 Uhr

The new Formula 1 boss Stefano Domenicali is on site at the tests in Bahrain. Here he talks exclusively about the German drivers for the first time in his new role

The wheels are turning again. Some are even spinning. One thing is certain: Formula 1 officially started the new season in Bahrain today. With a new team: Aston Martin. And with a new German driver: Mick Schumacher.

The head of the series is also new. Stefano Domenicali (56) replaces Chase Carey as CEO and President of Formula 1 and is on site in the paddock for the first time in his new role. His schedule includes, among other things, the voting for the qualifying sprint races, but also various talks with the drivers. In the future, the former Ferrari team boss wants to involve them more in decision-making processes and inform them even better in advance about upcoming changes and ideas.

“They are the heroes of our platform,” the Imola-born, Monza-based Italian tells F1-Insider.com. “The technical challenge of F1 is important, but the drivers need to be even more in focus.”

That, of course, includes German rookie Mick Schumacher (21). Curiously, Domenicali began his Formula 1 career at Ferrari in 1995 shortly before Mick’s father Michael moved to the Scuderia. As sports director and friend, he experienced all five world championship titles of the still-record world champion Michael Schumacher up close. Now he has arrived in the premier class as series boss and Michael Schumacher’s son Mick as driver.

“It’s great to see Mick in Formula One,” Domenicali tells this website. “He deserves the promotion, has improved in every category and has been successful everywhere. This shows that he has reached the level of a Formula One driver on his own merits, not because of his name.”

But the Italian also warns against too much expectation from fans and the media. “The pressure and expectations will be great now, but we have to give Mick time to grow and learn. He is already a great asset to Formula 1. His name attracts a lot of attention, and the whole series benefits from that. But at the same time, you have to give him the chance to develop in peace and go through a very normal learning curve.”

The former Lamborghini president also shares sympathies with the second German, Sebastian Vettel (33). Before Domenicali left Ferrari in 2014, he had warmly recommended Vettel to his then superiors Luca di Montezemolo (Ferrari) and Sergio Marchionne (FIAT). They subsequently listened to their former team boss. Vettel was signed up at the end of 2014 and came very close to winning the world championship title in red in 2017 and 2018. In the past two years, the chemistry in the team was no longer right. Now the Heppenheimer drives in green.

Domenicali: “It’s great in principle to have a brand like Aston Martin back in Formula 1. The combination with Vettel adds that certain something. Sebastian is still a four-time world champion. For him, it will be an opportunity to demonstrate the skills he still has. I’ve already spoken to him briefly and I can already see that he’s approaching it with a lot of enthusiasm. I’m sure he’ll let his actions speak for themselves on the race track and convince with facts.”