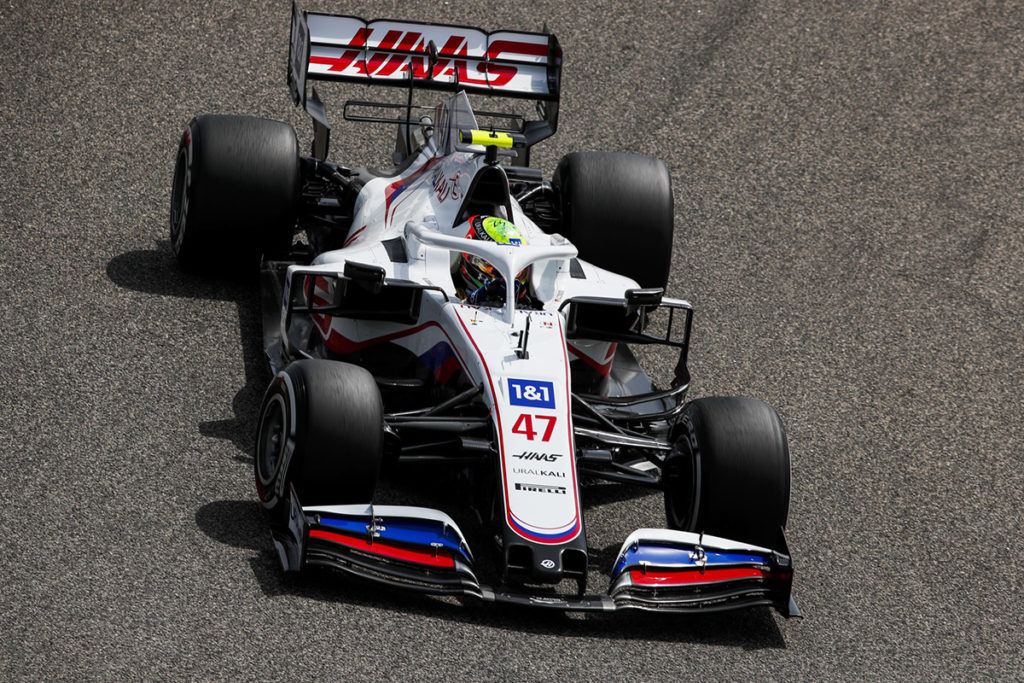 He won five world championship titles with Michael Schumacher at Ferrari, now he’s the new Formula 1 boss after stints at Audi and Lamborghini: Stefano Domenicali in an exclusive interview.

Stefano Domenicali, you come from Imola and were Ferrari team boss. Now you’re Formula 1 boss. Did you ever think you’d become the new Bernie Ecclestone?
Stefano Domenicali (55): Absolutely not. I still remember parking the trucks in the paddock at Imola when I was at high school. I was a passionate Formula One fan and as such the stars and especially Bernie Ecclestone were out of my reach. Then, over the years, I became part of that world at Ferrari, and now I’m CEO. I consider that a great privilege. But I don’t want to put myself on a par with Bernie at all. He turned Formula 1 into a global sporting event. It was his baby that he made big. I’m now taking over from Chase Carey, who initiated the future. We have a basic contract with the teams (until 2025; ed.). We have a budget cap. These two elements give us stability for the future. And what must not be forgotten is that there is a lot of interest in Formula 1 from the financial market. Many investors are knocking on our door. That’s a good sign.

But in times of pandemic and media change, your new job is also a challenge.
That’s true. But not jumping on this train was not an option for me. Although I had a great job as Lamborghini president. But I love this sport and will do everything I can to make it fit for the future. The pandemic, it’s true, is a challenge for everyone and we have to stay flexible. But Formula 1, together with the FIA, managed to stage a world championship last year under conditions that were actually impossible. So we have laid the foundation for this year, which will be the longest season ever, with 23 races. It won’t be easy, but all the organizers have signaled to us that they want to stage the Grand Prix. Even and especially in times of crisis, people long for distraction through sport.

How can your previous roles at Ferrari, Audi and Lamborghini help you today?
I know how a team, a manufacturer and even a racetrack work – after all, I used to be track director at Mugello. My vision for Formula 1: First and foremost, it’s a sport that should entertain the fans, provide a sustainable platform for the teams, and give the drivers the opportunity to show off their heroic skills. At the same time, we also want to offer manufacturers the opportunity to develop their technology for the road as if in a laboratory and to present it to the world. After all, we mustn’t forget: Our hybrid engines are the most efficient in the world. With just 100 kilos of gasoline, we can cover 305 kilometers in the shortest time. That’s unique, and in the future we want to take this technology to the next level with sustainable fuel – to keep the manufacturers present and attract new ones. In the same way, we need to speak the language of the younger generation of fans and convince them of Formula 1.

Formula E boss Alejandro Agag believes Formula 1 should go electric in the future…
Alejandro and I are friends. The way I see it, Formula 1 and Formula E are on two different journeys. What we are doing is sustainable and credible.

Bernie Ecclestone once claimed: Formula 1 needs a fast German, a black man and a woman. How important is diversity to you?
Diversity is an important part of our we-race-as-one program. As a global platform, we have an obligation to spread the idea of diversity and inclusion and to fight against racism. I very much hope that we will soon have a woman in Formula One and I will make sure that there are no barriers. In the end, it will be about who is fastest. And: We don’t just need female drivers, but also female engineers or mechanics. We want and need to open up further.

Lewis Hamilton has already done a lot for Formula 1 with his “Black lives matter” initiative. To what extent are you afraid of losing him as a driving ambassador after this year?
Lewis is important. First of all, he has an incredible challenge ahead of him: namely, to become the first and only driver with eight world championship titles. So his focus will be on that. Of course, he’s also actively campaigning against racism and for diversity. It’s crucial that he feels comfortable in Formula 1, because that’s where he belongs and that’s where we and the fans want to see him.

You experienced the seventh title with Michael Schumacher yourself. Can Lewis manage the eighth title?
I’m sure he can win the eighth title. Even if it won’t be easy, because the air is getting thinner at the summit. He has to be fully concentrated and drive perfectly. The competition won’t make life easy for him. Max Verstappen certainly also wants his first world championship title at last. The ingredients for an exciting season are there.

Your Ferrari career really took off with the arrival of Michael Schumacher in 1996. Now his son is coming to Formula 1 and you’re the boss. How emotional is that for you?
Mick’s rise to Formula 1 is very emotional for me. I met him at the Bahrain test and was faced with the problem that I would have liked to hug him, but the Covid protocol didn’t allow it. So we decided to hug mentally (laughs). I’ve known Mick since he was born. He deserves to go up to Formula 1 and he’s going to approach the task properly. Just like he has done so far. He’s always taken one step at a time in his career, grown in every series and ended up in Formula 1 thanks to his successes – not because his name is Schumacher. He is already an asset to Formula 1.

What memories do you have of him when he was a young boy?
Michael was always very protective of his private life, so Mick was rarely at the track. But when we went karting in Kerpen, he was always there. The Schumachers are an incredibly great family.

How much does Mick Schumacher remind you of Michael?
Well, you can already see and hear that he’s his son! I think that’s great. One thing that struck me: When Michael came to his first Ferrari test in Fiorano in 1995, still in his white overalls, he brought a notebook with him in which he wrote everything down. When I met Mick once in Formula 3, he had a similar notebook with a pen. That’s when it all became clear to me (laughs).

Mick will be driving the Haas in 2021, one of the worse cars. What should the fans expect from him?
Mick should concentrate on achieving the maximum possible. In this respect, his teammate is the first yardstick. And he should take advantage of every situation that comes his way to shine.

What was so special about Michael Schumacher from your point of view?
Michael was a very special driver, but also one who always put himself before the team. He broke his leg at Silverstone in 1999 due to a mistake by the team. But he never said that in public. It was this team spirit that made him and us so strong. Because we lived the team spirit: playing soccer together, eating dinner together. It was like a private team life. That’s how we grew together, each in his own role.

The first time you were seen in Germany was when you tried to stop Schumacher from hitting David Coulthard in Spa in 1998 after the collision.
Yes. I remember it very well. Back then I could still see without glasses that I’d better protect him from himself now. He was a bit Italian-emotional there and I tried to convince him not to do anything stupid. I didn’t quite succeed (laughs).

Schumacher later promoted Sebastian Vettel – who you also had your sights set on for Ferrari. What went wrong in the end with Sebastian in red?
It’s hard to judge from the outside. What we shouldn’t forget is that in 2018 he was very close to the title with Ferrari. Then came a situation that destabilized the team (the death of FIAT boss Sergio Marchionne; ed.). It was a missed opportunity for which Sebastian could do nothing.

Now he’s the James Bond of Formula 1…
Exactly! It’s great for Formula 1 that Aston Martin is back. They can also benefit from our strong platform. Sebastian will certainly use the opportunity to show why he is a four-time world champion. Because, as we all sometimes forget, there aren’t that many of them… And we mustn’t underestimate his teammate Lance Stroll, who is also very fast.

When you left Formula 1 in 2014, the Mercedes dominance began, which continues to this day. How hopeful are you that the supremacy will soon be over?
Formula 1 has always been a sport of cycles: there was the Williams supremacy, the Ferrari era, the McLaren era, the Red Bull era. Mercedes’ performance is impressive, of course. Hats off to the whole team. But as of this season, we have a budget cap, and as of next season, completely new technology rules. It will be exciting to see how and whether this will bring the field closer together or even mix it up. The future of Formula 1 will be exciting. So, dear readers, stay tuned!