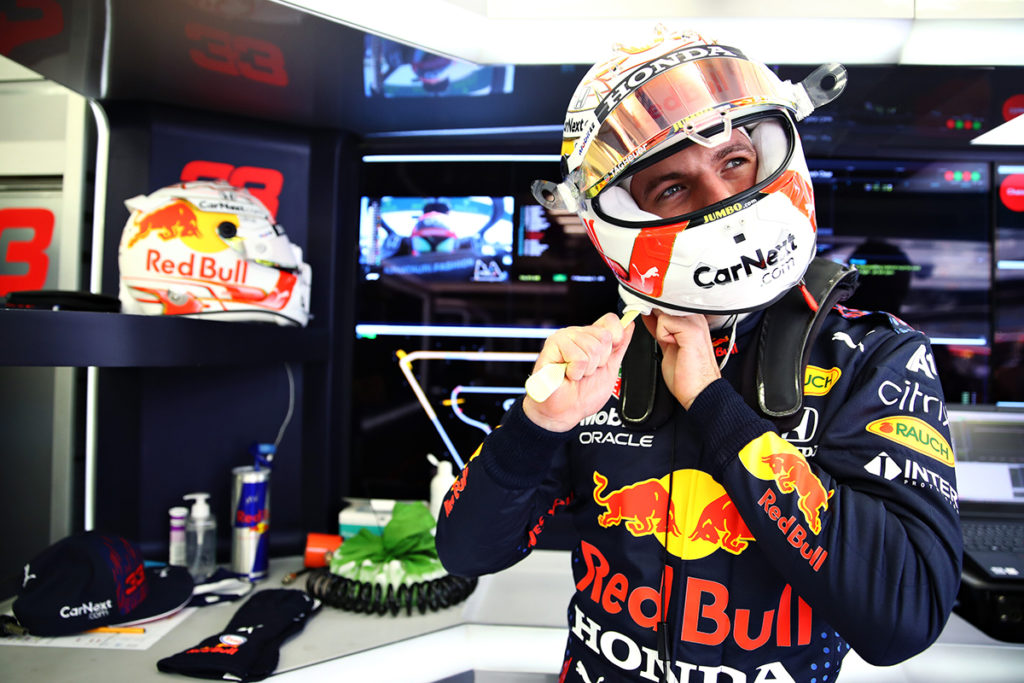 Max Verstappen has been a realistic title contender in the 2021 Formula 1 World Championship since his victory at Imola at the latest, according to his father and his boss.
Ralf Bach | 22. April 2021 , 18:01 Uhr

Max Verstappen is a realistic title contender in the 2021 Formula 1 World Championship since his victory at Imola, according to his father and his boss.

It was a demonstration: Max Verstappen’s (23) victory at Imola was reminiscent of the legendary Ayrton Senna, who was nicknamed “the Magic One” for his car control – especially in the rain – and his insane basic speed. The Dutch Red Bull driver’s first lap in wet conditions in particular was a masterpiece. Similar to Senna’s first lap in his legendary 1993 victory at the rainy European Grand Prix in Donington, Verstappen also outdid the competition.

The Dutchman, who started the race from third on the grid, overtook pole man Lewis Hamilton (36) in a tough but fair maneuver on the first lap and was never seen again. Mercedes superstar Hamilton fought his way back to second place after slipping into the gravel, but the experts knelt before the “Senna from the Netherlands.

Verstappen the Senna from the Netherlands

One thing is certain: After two races of the season and one victory each for Hamilton and Verstappen, a duel is brewing between the two in the top automotive class after seven years of Mercedes and Hamilton dominance that will certainly find a place at the top of the history books of Formula Hollywood, which is now 70 years old.

Both equipped with similar basic speed, both imbued with talent that stands out far above that of the rest of their competitors. On the one hand, Verstappen, equipped with the advantage of youthful cockiness – on the other, Hamilton, who, shortly before turning into the home straight in the fall of his career, still wants to win his eighth world championship title at the peak of his creativity. It’s the stuff of spectacle that Formula 1 has so badly wanted.

That’s also how Verstappen’s boss, Red Bull chief consultant Helmut Marko (77), sees it. “The two of them will settle the title between them,” the man from Graz told F1-Insider.com. “They are on equal footing and way ahead of everyone else. If we can continue to deliver him a car that will keep up with Mercedes, Max can do it. In any case, it’s going to be extremely exciting.”

But Marko can’t say who is better: “In terms of vehicle control and speed, Max is certainly ahead. But Lewis has more experience. It’s a balance at the moment.” But, Marko continues: “Max is learning at every race. He’s still young in years. Mistakes are more likely to happen, even if they are becoming fewer and fewer.”

However: The qualifying result in Imola, which was rather disappointing for him (he was third behind Hamilton and his teammate Sergio Perez), did not, as suspected at the beginning, count towards the chapter of a young bull being to aggressive.

F1-Insider.com learned: After the third free practice session, there was a small wheel bearing failure that had big impact on the way Red Bull’s delicate suspension works. As a result, the Red Bull was more difficult to drive at the limit and the Dutchman was no longer able to brutally tear over the high curbs in Imola: But that’s exactly what would have been needed to gain the decisive tenths of a second.

MORE TO READ: Villeneuve: “Hamilton is under pressure”

One thing is certain: former Formula 1 winner Ralf Schumacher finds the duel so exciting because it is so evenly balanced. The Sky pundit told F1-Insider.com: “Lewis is one of the best racing drivers of all time, without question. And he’s still very fast. But Max, despite his young age, already has a lot of experience. After all, he skipped a few series in the junior ranks.”

The numbers express what Schumacher means: Verstappen got his first Formula 1 contract with Red Bull’s sister team Toro Rosso (today Alpha Tauri) at the age of 16, drove his first race at 17. In the meantime, he’s got 121 starts under his belt, has eleven victories, four pole positions and ten fastest race laps.

For Jos Verstappen, Max’s father, something else is important. “Max hasn’t changed as a person. He is still as deeply relaxed as he was seven years ago,” the former Formula 1 star tells F1-Insider.com. With one difference. The former teammate of Michael Schumacher at Benetton: “Max now has a car for the first time with which he no longer has to risk everything to keep up with Mercedes. And he knows that, too.”