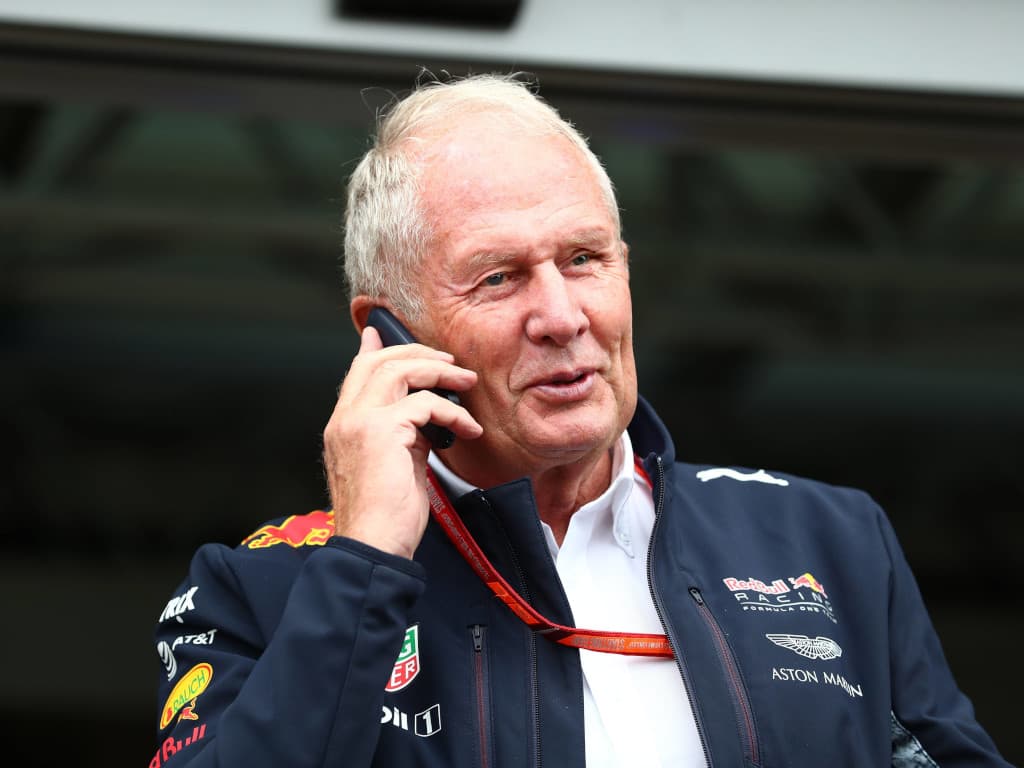 Marko believes he already had Corona

Every day for four weeks now, Helmut Marko (76) is packing his chainsaw and spents time in his forest outside of Graz. There he climbs the hills and does not only cut wood, he literally smashes it. Because he keeps catching himself thinking that the corona virus lives in wood and that’s the only way to kill it.

He then lets the saw slide deeper into the tree trunks in front of him. The chips fly past him left and right, the faster, the more destructive he is. He does so, until his arms get tired and his mind says: “Enough for today.”

For him, this is training and therapy at the same time. Marko: “I have my office work from seven to twelve, then I go to the forest. The chainsaw has a certain weight. so I’m fitter than ever. I get my head free in the forest. You need that with the madness that surrounds you at the moment. “

Austria had become a ghost country, Graz a ghost town. “All of this is surreal”, the lawyer briefly summarizes current life in his home country.

Marko: “There are extreme restrictions. All public life in Graz is idle. I had to close four hotels with associated cafes. I am already having the hotels prepared so that they can be used as replacement clinics. But that doesn’t help against the sheer fear of existence that almost everyone has. There’s a mood like in the war.”

That is why Marko also doubts whether his government has found the right sense to deal with the threat optimally. Don’t panic. In any case, the honorary citizen of the city of Graz is not afraid. He even thinks he has caught the virus himself already. Marko: “I had a strong cold with a strong cough in mid-February. The condition lasted for ten days, which was unusually long for me. Today I am almost certain that the cause was the virus.”

The reason: “I din’t catch it at the stopover from Melbourne at Dubai Airport, where tens of thousands of people of all nations crowded together in a confined space, being coughed at, jostled, accidentally touched. For me that was the ultimate corona hotspot, where I should have caught it unless I was already resistant. So if I really had it before, it would show that older people can survive this disease, so it would be important to have less panic and a much more rational approach to the pandemic.”

Marko also refers to his drivers. “Even Max Verstappen is terribly afraid of being infected. Although, unlike me, he really does not belong to the risk group. I told him that too. And: You should see it pragmatically in his place. He should get the virus now, to be resistant later when the season starts again.”

Actually ​​Red Bull thought early about how to calm the drivers down, how to help them with their uncertainty. Marko: “The idea was to make a kind of training camp with all the drivers in our squad, in a beautiful area. Also as a motivational aid. But unfortunately, the prohibitions forbid that now.”

Still it is important to think about tomorrow today. Marko: “That is why we have been doing well with Red Bull in the last few weeks. Restrictions in England came later. Until Tuesday the factory in Milton Keynes was working full throttle. All planned work could be completed, so we could calmly go into the early summer break. “

Tomorrow also means, according to Marko: “Unfortunately, at the moment you have to deal with other things, but that does not mean that we will no longer be active in the FIA ​​and Ferrari case, if things go back to normal. Due to the Corona crisis the agreement between FIA and Ferrari, which is still a scandal for us, has been pushed aside. We do not want to harm Ferrari or the FIA, but we continue to demand complete clarification as to how the strange private agreement came about. We do that even without Mercedes, which – strangely enough – has jumped off the train whose driver they were at the beginning.”