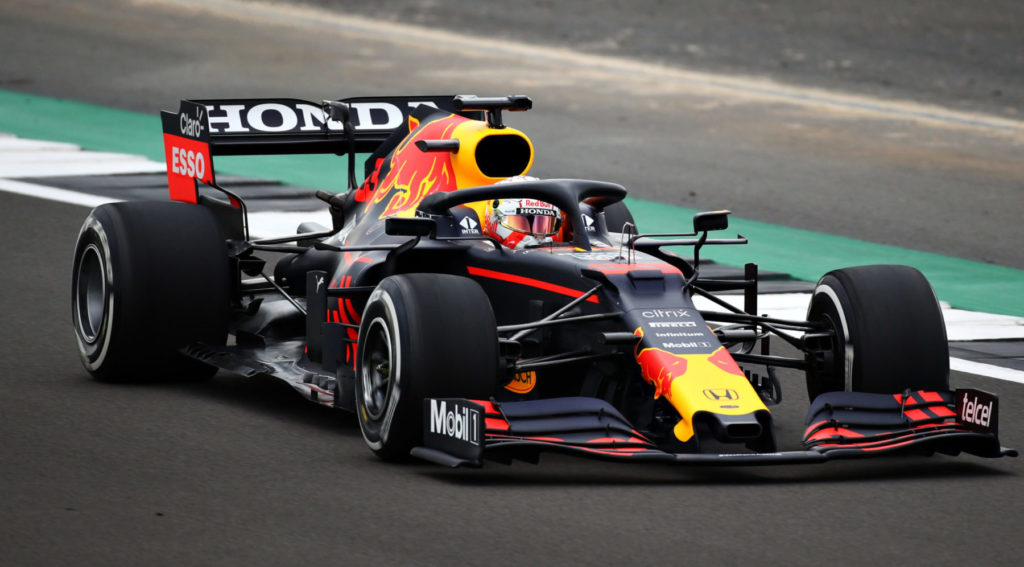 We bring you the hottest news from Formula 1 in our new “Radio Gaga” section.

+++ 28 February 2021: Red Bull chief advisor Helmut Marko (77) is enjoying the sun in his forest, which has been warming up Styria for days and tempting him to go out into nature. Nature has no need to camouflage its beauty these days.

In contrast to the Red Bull team. Because after the roll-out of the RB16B on Wednesday in Silverstone, the Austrian team based in England had to deal with a shitstorm in the world of social media. The reason: especially technology-oriented media representatives criticised Red Bull for not showing detailed photos of the new car, filming predominantly the old RB15 at the rollout and thus deliberately reaching into the deception, trickery and camouflage box – hiding a spectacular secret on the hopeful and Mercedes chaser?

Marko has to smile about such interpretations and says to F1-Insider.com: “Time was a bit tight to do photo shoots. Driving was more important to us than taking photos. We have nothing mysterious at the car. No six wheels, no fan in the rear either”, jokes the honorary citizen of Graz.

Marko continues: “The car is a consistent further development of last year’s model. The goal is to be able to compete for victories right from the start. At the first tests in Bahrain we will run all the parts on the car that will also be used at the season debut.”

However, Marko warns against drawing too many conclusions about true performance after the tests, which start on 12 March and last three days: “We know that fuel quantities and engine settings are played with during the tests. Therefore, the true potential will only be seen at the first race.”

What can be said, though: The new Red Bull will be a car that is tailor-made for super talent Max Verstappen. A car that is extremely fast, but very difficult to tame, especially at the rear. Sergio Perez already gave this hint after his first impressions with the new car. The former Racing Point driver from Mexico: “The car has a lot of potential, but is completely different to drive. Especially at the rear. Anyway, I already know why not every driver has been able to handle it in the past.”

Perez alludes to his predecessors at Red Bull. Both Frenchman Pierre Gasly and Thai Alexander Albon didn’t stand a chance compared to Max Verstappen and therefore had to leave. Perez is convinced that he can do better: “It’s a matter of experience. But I hope I don’t need too long a time to fully understand the car.

+++ 24 February 2021: The riddle of Ferrari’s “mysterious” performance decline in 2020 – has it finally been solved? Because of ex-Ferrari driver Mika Salo (54), who has now revealed interesting details that he could only have obtained in his function as race steward of the FIA…

The background: The FIA had asked Ferrari to rebuild the engine at the beginning of 2020 because the other teams had openly accused the Scuderia of violating the regulations. The most common accusation was that they had used more fuel than allowed.

The FIA reacted with an intensive investigation, but kept the results and the deal with the traditional team secret. This was a private matter, was the rather distinct message in a press release that was far away from transparent information from a neutral automobile association.

But anyway:  In a Twitch-interview with his Finnish compatriot Kristian Sohlberg, Salo now didn’t mince words. The customer teams had also suffered from Ferrari’s alleged penalty in 2020, he said, thus justifying, of course, mainly the meager performance of his compatriot Kimi Räikkönen, who drove as if he was constantly on the brakes at Ferrari’s customer team Alfa Romeo.

Salo specified: “They suffered from Ferrari’s cheat last year because they had Ferrari motors and could use less gas, so I think Alfa would be pretty good this year when they get their full power.”

Asked, if that power will come from a NEW engine, Salo answers: “I don’t know if it’s a new engine but they’re allowed to use it to its full power. Having to use less gas was their punishment for their cheating last year.”

Bad for Sebastian Vettel, who switched to Aston Martin. Good for Carlos Sainz Jr, who replaces Vettel at Ferrari and will be teammate of Ferrari’s new saviour Charles Leclerc. But this is not only good news for Ferrari fans worldwide and Kimi Räikkönen and his Alfa team.

Germany’s new “adopted son” Mick Schumacher, in his first Formula 1 year with Ferrari’s second customer Haas, no longer has to fear having an uncurable horsepower disadvantage from the very beginning.

+++ 22 February 2021: Mind games or realistic assessment? With just under three weeks to go before the start of the only pre-season test in Bahrain, Mercedes team boss Toto Wolff (49) is worried that his team’s dominance (seven consecutive world championship titles since 2014) could be over. Wolff trusts Red Bull and Aston Martin in particular to be faster than his own team.

Reason: “The pruning of the underbody this season could present a new picture. It may be that Red Bull and Aston Martin have found better solutions in this area than we have.”

Red Bull chief advisor Helmut Marko (77) has to smile at that. “There’s no racing going on at the moment, so you have to create excitement with words,” the man from Graz told F1-Insider.com. “We do hope to be right up front, but Mercedes is the clear favorite. After all, they’ve won every title since the hybrid era in 2014. As for Aston Martin, I can’t imagine Aston Martin having a completely different rear end than the Mercedes. After all, that’s what the past has taught us.”

Marko is referring to the 2020 Aston Martin (then Racing Point), which was basically a clone of the 2019 Mercedes. The Red Bull doc will be on hand for the three days of testing that begin March 12 (Sky will broadcast live). And presumably stay there until the season starts on March 28. Marko: “That’s the plan at the moment. After all, there are Formula 2 test days to watch after the F1 tests. It’s best to stay in the bubble as long as possible anyway. That minimizes the risk of being infected considerably.”

The man from Graz is already starting to plan the first half of the season. Marko: “Contrary to other reports, I have the information that the Portuguese Grand Prix will take place.” In other words, after the season opener in Bahrain on March 28, the premier class will race in Imola on April 18 and then in Portimao on May 2. The following races in Barcelona and Monaco are also said to be safe.

+++ February 22, 2021: Spain’s superstar Fernando Alonso (39) has resumed fitness training after his bicycle accident (broken jaw) and will take part in the tests in Bahrain for his Renault Alpine team as planned. Team-mate Esteban Ocon (24) is delighted about this. But perhaps too soon: Because it may be that the Frenchman, who is only on loan to Alpine from Mercedes, is not even aware that the Spanish double world champion is deciding his future in F1.

MORE TO READ: No deal with BWT: Mick Schumacher won’t drive in pink

The reason: If he loses the duel against Alonso, he will hardly be considered for a place in a top team. Mercedes team boss Toto Wolff has promised him one: “George Russell and Esteban Ocon are serious contenders for Lewis Hamilton and Valtteri Bottas for the Mercedes cockpit in 2022,” the Viennese recently announced.

One thing is certain: Alonso will be the yardstick for Ocon’s abilities. F1 experts like ex-GP winner Ralf Schumacher, however, doubt whether the young Frenchman will be up to the task. The Sky pundit told F1-Insider.com: “Alonso is still one of the best. I hope Ocon won’t have a rude awakening. Because Alonso is also a master at how to get a team on his side internally.”