Senna: When the sun fell down from the sky 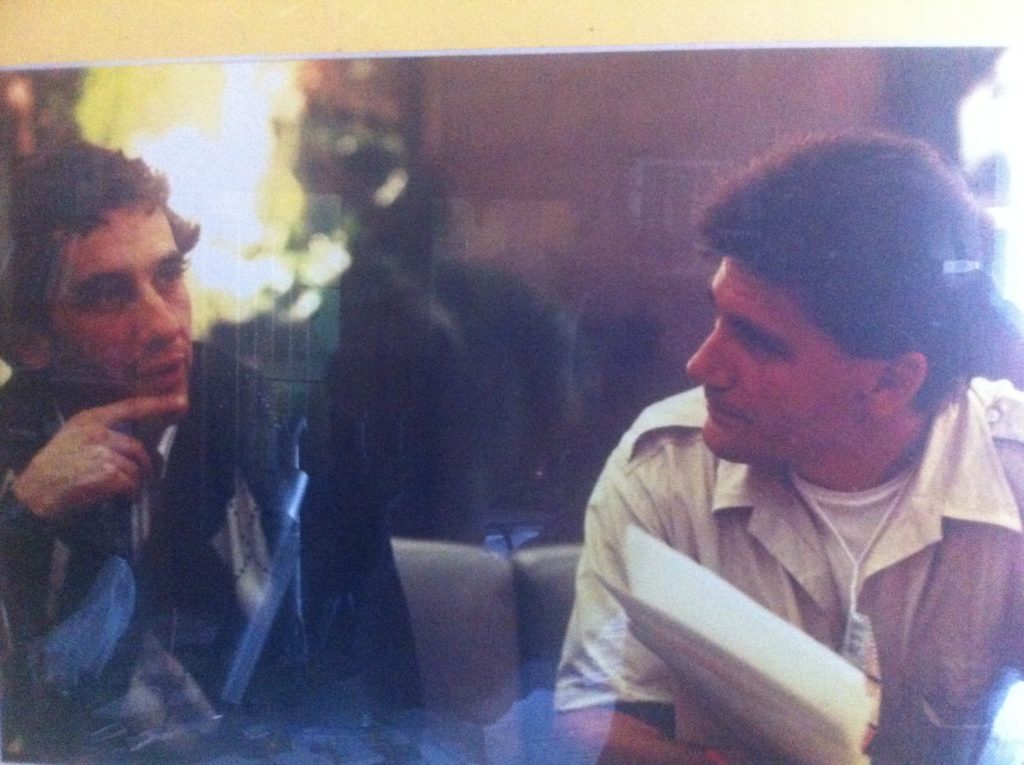 In the beginning was the premonition. The trip to Imola on April 27 in 1994 was strange. My car didn’t start, then I got a fever in the Alps. It was as if my deepest subconscious mind was using all means to resist the journey.

In Imola I had an appointment with Heinz-Harald Frentzen. He drove his third Formula 1 race there. The first night he had problems with his hotel room. So I slept in his car and he slept in the chamber that was meant for me.

On Thursday we met Roland Ratzenberger for dinner in a pizzeria. He was Frentzen’s best racing buddy because they drove together in Japan for two years. That evening I felt the weightlessness of our youth for the last time.

On Friday morning there was a bang for the first time. Rubens Barrichello’s Jordan brutally hit the wall. Barrichello came to the hospital, where only one broken nose was found. Relief was felt everywhere and the deceptive realization: The cars are like a knight’s armor.

Only one was not fooled: Ayrton Senna, who hurried to Barrichello’s bedside immediately. He was sitting there in the driver briefing, with “sad eyes looking out into space,” as Frentzen told me. And Senna warned his colleagues: “These cars are dangerous. We have to do something!”

READ MORE: THESE HANDS TOUCHED SENNA AND HIS SOUL

The pink bubble in which Formula 1 lived, burst on Saturday. Shortly after 1 p.m., qualifying had just started, I knelt next to Frentzen, who was still in the pits in his Sauber Mercedes. As always, he had the small monitor in front of him and suddenly saw a car brutally crash into the wall. When it rolled out, I saw the pilot’s head hanging lifelessly to one side. I recognized the Simtek, I recognized the helmet. Frentzen got ahead of me: “It’s Roland.” He immediately unbuckled himself and didn’t drive that day – just like Ayrton Senna.

In the evening we went back to the pizzeria. Only Roland was missing. We poked about the pasta listlessly and the evening was mostly stunned by silence. The idea that Frentzen wanted to drive with a small Austrian flag in the cockpit the next day was silently nodded off. Nobody knew that Senna had the same idea.

On the grid the next day, Senna sat motionless in his cockpit. The view went endlessly. He only smiled briefly when the Tifosi roared the name of his friend Gerhard Berger, who drove for Ferrari. It was his last smile in the world.

I knew immediately after the accident that Senna was dead. I just felt it. When Frentzen asked me right after the race: “What about him?”, I waved away. It did not become official until much later in the evening.

When winner Schumacher found out about it, he cried uncontrollably behind the closed doors of the Benetton motorhome. His tears were representative for the whole Formula 1. I only looked into paralyzed souls who helplessly sought orientation and could not find it. Gerhard Berger aptly put my mood into words: “With Senna the sun has fallen from the sky.”

For me, no racing driver had died, but a very special person. We had gotten to know each other in several conversations beforehand, and we quickly abandoned motorsport. We discussed life itself, philosophy and belief. That is why I still think that Senna found peace with his death. Because he didn’t fit into this world, whose superficiality is nowhere more brutally reflected than in the Formula 1 paddock.