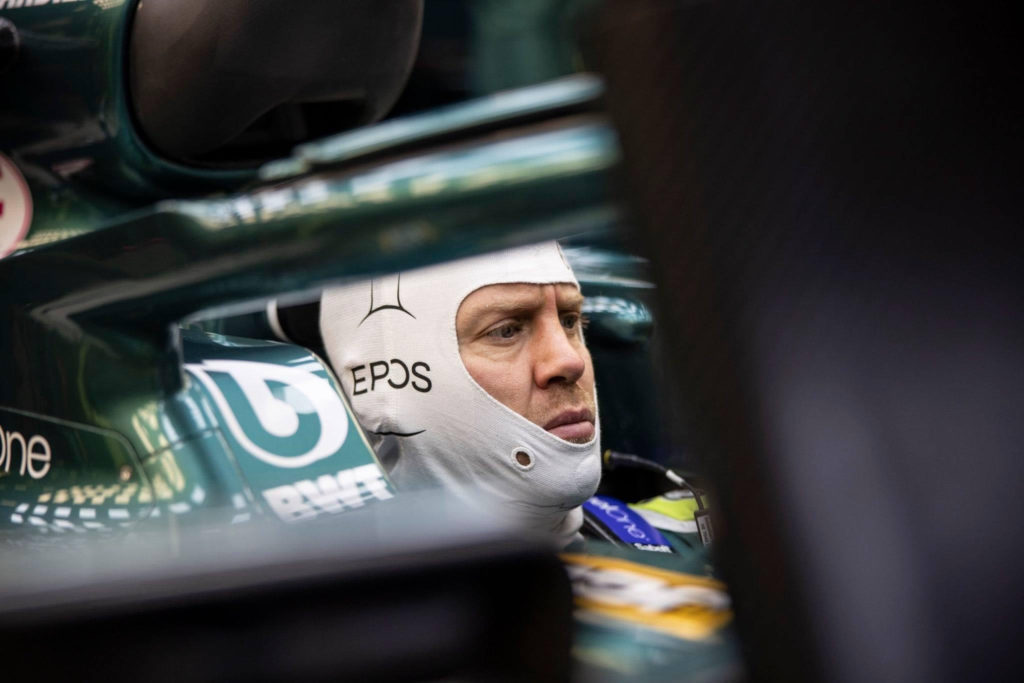 For Sebastian Vettel (33), a new era in Formula 1 began last week: his new Aston Martin AMR21 was presented. With the James Bond brand, the German wants to find his way back to old strength.
Bianca Garloff | 07. March 2021 , 11:54 Uhr

For Sebastian Vettel (33), a new era in Formula 1 began last week: his new Aston Martin AMR21 was presented. With the James Bond brand, the German wants to find his way back to old strength. F1-Insider.com spoke to his new team boss Otmar Szafnauer, who also managed Aston Martin’s predecessor teams Force India and Racing Point, about Vettel’s new chapter in the premier class.

Otmar Szafnauer, after 61 years Aston Martin is back in Formula 1. What does that mean for you?
Otmar Szafnauer: The team, the more than 500 men and women, are immensely proud to bring the iconic Aston Martin brand back to the premier class of motorsport as a factory team. We are giving our all to prepare the car for the race track and to provide our drivers with the best possible weapons. We have set ourselves ambitious targets for 2021 and beyond. Of course, the pressure will be greater and a lot of things will change as well. Aston Martin is a heritage brand. I am a big James Bond fan. We want to represent the brand in a worthy manner.

Sebastian Vettel has manoeuvred himself into a downward spiral at Ferrari. You are now a kind of football coach who has to help him get back to his old strength. How do you want to go about it?
I don’t think Sebastian Vettel has ever forgotten how to move a race car fast. It’s true that age can work against you – physically and mentally it makes you slower. But at 33, he is nowhere near that point in his life and career.

That mans what?
The simple secret is to treat him the way all of our parents taught us: with respect, honesty, integrity. By involving him, helping him, working with him towards common goals. That’s all it takes. Sebastian is a hard worker, he turns over every stone. Qualities that also apply to us as a team. We are racers, he is a racer. It just fits. He already feels very comfortable with us and is extremely motivated. Not to prove something to his critics, but because he wants to prove it to himself. So I am very confident that we will see the old Sebastian again.

Will Vettel have a number one status as a former world champion?
Since I’ve been here, we haven’t had a number one or number two. We treat both drivers, Lance Stroll and Sebastian, the same. Always.

Vettel has already been to the Silverstone factory. What was your impression of him there?
We have already spent some time together. It was mainly about the seat fit. The aim was to make sure he feels ergonomically comfortable in the car. He also drove in the simulator and we got good feedback on his preferences in the car, the position of the buttons on the steering wheel and the set-up. On top of that, he loves British humour, so it’s really great to work with him.

Speaking of set-up, at Ferrari he also struggled with an unstable rear end in particular. What can he expect in your car?
All our previous drivers always wanted a car with a stable rear. That’s why this characteristic is in the DNA of our cars. Of course, that should be to Sebastian’s advantage.

Could he already tell you some secrets of Ferrari or Red Bull?
He was actually able to tell us which things we do differently from the competition. We will now look at that and improve in the areas where it makes sense. Sebastian brings a lot of knowledge with him. We just have to filter out the important things now.

What are your goals for 2021?
We want to pick up where we left off last year – with the third fastest car in the field capable of fighting for podiums. We want to score points more consistently than in 2020. We want to finish better in the WC than last year (fourth in the WRC in 2020; ed.). And we want more victories. We proved last year that you can win with the third-fastest car under certain circumstances (Sergio Perez’s victory in Bahrain; ed.). If the opportunity arises, I would certainly trust Sebastian to do the same.

But Vettel can also be very demanding.
That doesn’t scare me. One of the reasons why we chose Sebastian is precisely this will to succeed, for which he also puts his foot on the gas off the track. That’s what we do too, by the way – it’s the only way we’ve earned a reputation for punching above our weight.

Both the sports car brand Aston Martin and the team, which was called Racing Point until the end of 2020, have had financial difficulties in the past. Can that still become a problem?
A lot has changed since then. In Formula 1, we now have a fair revenue distribution and a budget limit ($145 million; ed.). We also belong to a consortium that can help out financially at short notice. And we have a number of partners. So I think these financially precarious days are behind us.