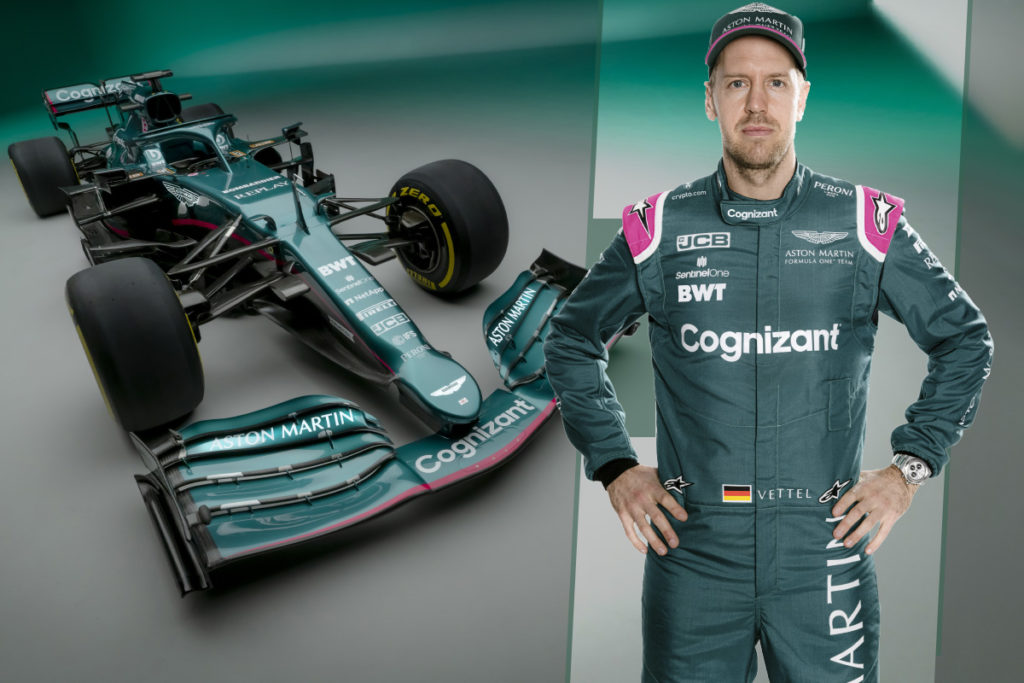 Sebastian Vettel is fully motivated for the new season after switching to Aston Martin. The German talks about his new challenge.
Bianca Garloff | 03. March 2021 , 17:37 Uhr

Sebastian Vettel is fully motivated for the new season after switching to Aston Martin. The German talks about his new challenge.

After six years at Ferrari, Sebastian Vettel is starting a new chapter in his Formula 1 career with Aston Martin. The 33-year-old is motivated to the hilt – despite his short haircut. No wonder: Vettel has good reason to believe that things will pick up again this year after finishing 13th in 2020.

MORE TO READ: McLaren expects Vettel to be strong opponent

He hasn’t yet driven a lap in the Aston Martin-Mercedes AMR21 yet. But his goal is clear: “Last year the team finished fourth, I think third place was possible. That’s why we’re aiming for the top three in the constructors’ championship. The role of favorite belongs to Mercedes, then comes Red Bull and behind them everything will be very tight. I expect and hope that we are closer to the top than to the midfield.”

The new AMR21 should suit him better than last year’s Ferrari diva. “Sebastian has a certain driving style, but it’s nowhere near as extreme as that of Sergio Perez, whom he’s replacing,” describes Aston Martin technical director Andy Green. “Anyway, we have the tools to adapt the car to his driving style and have been working on that over the last few months. Seb seems happy with it.”

The Brit praises Vettel in the highest terms. “Seb is incredibly relaxed, has integrated super into the team. He is at the peak of his career. If we can’t get the best out of him, it’s not his fault.” Team principal Otmar Szafnauer wants to “put the arm around his shoulder”, to get Vettel back to his best himself again.

The ex-champion looks like a changed man compared to his last two Ferrari years. The motivation is back and so is the self-confidence. “The ability to win world championship titles is still in me,” he stresses. “It’s not a question of age either. I feel that I still have a few good years ahead of me. But we’re still at the very beginning of a longer journey. Aston Martin is a long-term project for me.”

For the first time in 2021, Vettel will also be able to enjoy Mercedes’ 1.6-liter V6 turbo hybrid engine, which produces around 1,000 hp. “I’m excited about the way the Mercedes engine works, breathes and is powered,” the four-time world champion explained when asked by F1-insider.com. “As far as performance is concerned, you’ve only heard good things over the last few years, so I’m curious. Of course, it’s hard to make a comparison with last year because I haven’t been in the car for a long time from one year to the next, but if the engine really is that good, you’ll notice it.”

The man from Heppenheim knows that Aston Martin can have a great future in Formula 1. “The team has enormous strengths in working efficiently. In the past, there was never enough money, but this year is the first in the team’s history where the omens have changed a bit. First, because of Aston Martin’s own opportunities. And secondly, due to the fact that Formula 1 is currently changing in terms of budget cap ($145 million; ed.). The team has grown in recent years, others have to cut jobs.”

The Hessian even compares his new team with his world champion racing team Red Bull, where he started in 2009 and subsequently became world champion four times: “Red Bull was also in the build-up phase in 2008 and 2009. So it’s comparable in that respect.”

One thing is certain: Vettel is visibly proud to drive for Aston Martin – the legendary James Bond brand. “It’s a great story. Everyone knows the films. I’ve seen them all too, not all of them I can remember, some I’ve watched twice. It’s kind of part of it, it’s cult, and it’s cool that it’s part of the team.”

Of course, the Formula 1 star – that goes without saying for an analyst like Vettel – has also followed the presentations so far. His conclusion: “Our car is the most beautiful so far,” he grins.

Vettel is already completely in love with his new car. By the way, it doesn’t have a name yet…