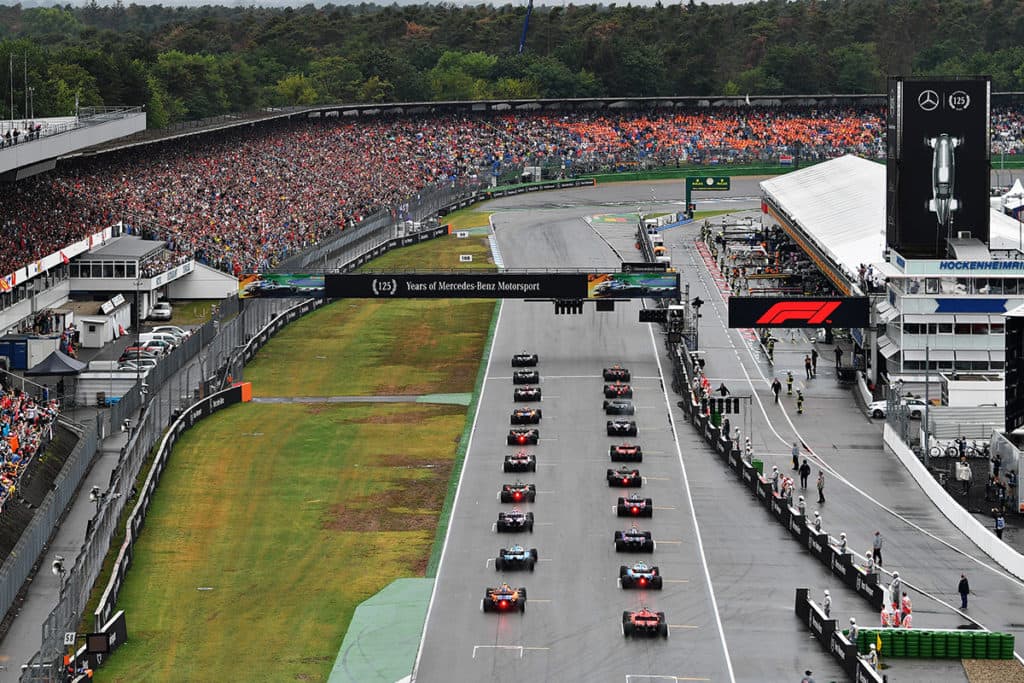 Hockenheim is out of the race for the GP Germany 2020 because Formula 1 wanted to have the possibility to admit spectators. But the regulations in Baden-Wurttemberg are strict. Now it’s the turn of the Nürburgring. A race in October is currently under discussion.

F1-Insider.com spoke with the managing director of the Hockenheimring-GmbH Jorn Teske.

So, Mr Teske, the German GP will not be taking place in Hockenheim in 2020?
Jorn Teske: Correct. A decision has already been made: There will definitely be no Germany GP at Hockenheim in 2020. I can now confirm this.

READ MORE: Vettel would race for runner up at Racing Point

How did this come about?
The decision was made at very short notice. In fact, from the very beginning we entered into the talks with a certain amount of determination about the basic economic conditions. We didn’t want to make a deficit because Formula 1 is racing with us. And we wanted to do roughly the business that normal track operation would allow us to do. Because in the Corona situation, we naturally came under extreme financial pressure. And we can’t afford to give away the track for days – not even for Formula 1. That was clear from the start and was understood and accepted by our discussion partners. So I don’t think that was the decisive point.

What was it then?
Especially in recent discussions, the question of spectators at a Formula 1 race came up again and again. There we had to and have always referred to the current Corona regulation. In this regulation, events with many spectators are not possible in Baden-Wurttemberg. This is not the case in all federal states. It is treated differently. Perhaps the prospect of spectators in other federal states has also contributed to the decision-making process. But that is speculative. It is impossible to say whether and at what speed the regulations will change. After all, various loosening measures are being worked on. But we could not foresee how this will affect Baden-Württemberg. On the other hand, it is of course interesting for Formula 1 to generate spectators and ticket income.

How disappointed are you?
We have been very committed for months now. In the early stages we talked about August, then September, now October. We always looked at our calendars and said: We can do something there and here. There was already a lot of commitment there. It is clear that there is now a sense of annoyance on our side. Of course, this is disappointing for us. But for us it is important that we remain financial stable, especially this year. You have to be firm in negotiations. From an entrepreneurial point of view, we have done nothing wrong.

So, you really do suffer under the federal system in Germany.
The question we really have to ask ourselves is whether the different conditions in different countries are not distorting competition in this case. That is rather sobering. We have already tried to set something else in motion, but in the end it did not work. Now it is too late for Formula One.