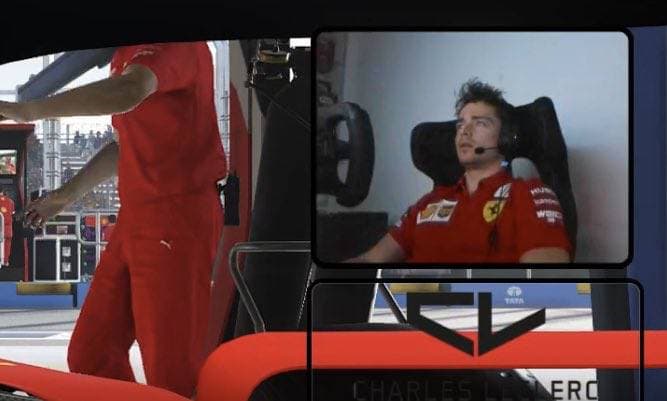 The second virtual F1 GPs took place on Sunday evening. And a real star even won

This is only possible in the virtual world. The Vietnam Grand Prix which would have celebrated its maiden race in Hanoi yesterday was held on the tracks at Melbourne’s Albert Park – because the course in Vietnam doesn’t yet exist in the game “F1 2019 PC”.

After 28 laps, a real star won. Ferrari driver Charles Leclerc dominated the virtual race. His secret of success: “I started training eight days ago. But at least five hours every day! ”

McLaren star Lando Norris, who actually is a sim racing specialist couldn’t participate. He was absent due to technical problems but used the time to call his buddy Max Verstappen. The Red Bull driver admitted that he was currently playing on another platform (iRacing) – and told the Formula 1 marketing people: “I will never participate!”

In summary, ​​the second virtual F1 GP was more professional than the first one held in Bahrain. And it is becoming apparent that the more real Formula 1 star participate, the more interesting the races will be. The question remains whether a Sebastian Vettel, Lewis Hamilton, and Max Verstappen can be convinced not only to drive Formula 1 but also to play it in the virtual world.