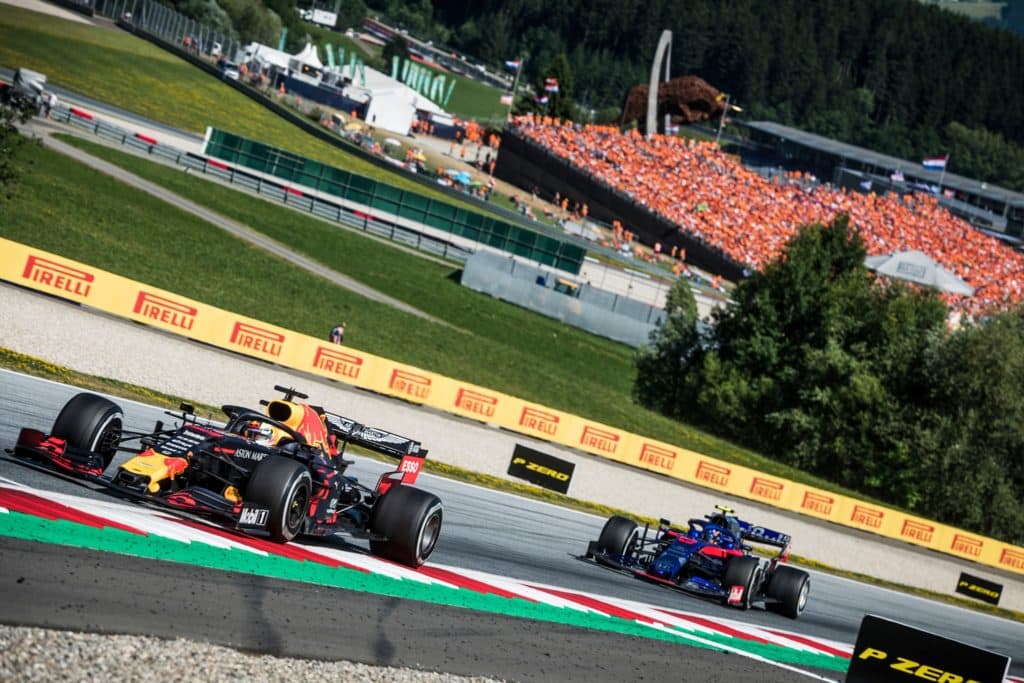 Marko explains how the first two races will be organized

Formula 1 is scheduled to start in Austria on July 5. These are the details

Now the general conditions are also taking shape at the planned start of the Formula 1 season on July 5 at the Red Bull Ring. “We are already ready”, announced Red Bull Motorsport consultant Helmut Marko (76) when talking to F1-Insider.com, “although we would still have the opportunity to react up to three weeks before the first race weekend.”

That means: Later than in mid-June, Red Bull, as the organizer of the Austrian GP, ​​can no longer put the first of the two planned opening races on its feet. Marko: “The organization would then no longer work out. The marshals alone need this time of intensive training. ”

One thing is now certain: Only the television team owned by rights holder Liberty can report on site. RTL, Sky England, Sky Italy, Sky Germany and Co. have to live with the pictures provided by F1-TV. Everyone can comment on training and races from the studio. VIPs, spectators and representatives of print media are also not allowed to attend the Red Bull Ring. Team members are reduced to a minimum of 60 to 80 people. The F1 team shrinks to around 1,000 people.

Marko: “There is no other way, because Liberty wants to keep the number of people on site as low as possible. All of this is part of the sensible courage that prompted us to tackle the double races despite the state of shock, in which basically the whole world is because of the corona pandemic. ”

This also includes: strict safety precautions on the route. Wearing respiratory masks is compulsory, as is maintaining the minimum distance of two meters. Each team is assigned its own hotel and own cars (including minibuses). They can only leave the respective accommodation for the purpose of a return trip to and from the race track.

Liberty’s own travel agency (Formula One Travel) takes care of the exact occupancy plans. Some of the hotels around the Red Bull Ring belong to Red Bull owner Dietrich Mateschitz himself. The restrictions also apply to the drivers. Between the opening race and the second run on July 12, which is also to take place at the Red Bull Ring, drivers and team members are not allowed to go home.

Marko: “On Thursday after the opening race, it all starts again with TV appointments and team meetings. The Monday, Tuesday and Wednesday before, the people of the individual teams have to deal with themselves and stay in their respective hotel. It is not working entirely without barracking. It would be far too time-consuming and complicated to have a new corona test performed every time. Because it is mandatory on arrival. Only those who can prove a negative result will come to Austria at all. ”

The various interest groups should also stay among themselves when they arrive. Charter machines from England (e.g. for Red Bull Racing, McLaren, Mercedes, Racing Point) and Italy (Alpha Tauri, Ferrari, Pirelli) are planned, which can either land at Graz Airport, about 50 kilometers from the Red Bull Ring, or on the military airfield in Zeltweg, just five kilometers away. Marko is currently taking care of a special permit that the military airport may also be used by civilian aircraft over the two racing weekends.

However: ​​The Red Bull Motorsport Director is in good spirits that everything will work out. Only one thing could prevent the two opening races. Marko: “If the number of infected people should increase drastically in the next few weeks, then there is nothing we can do. It is not in our power. ”