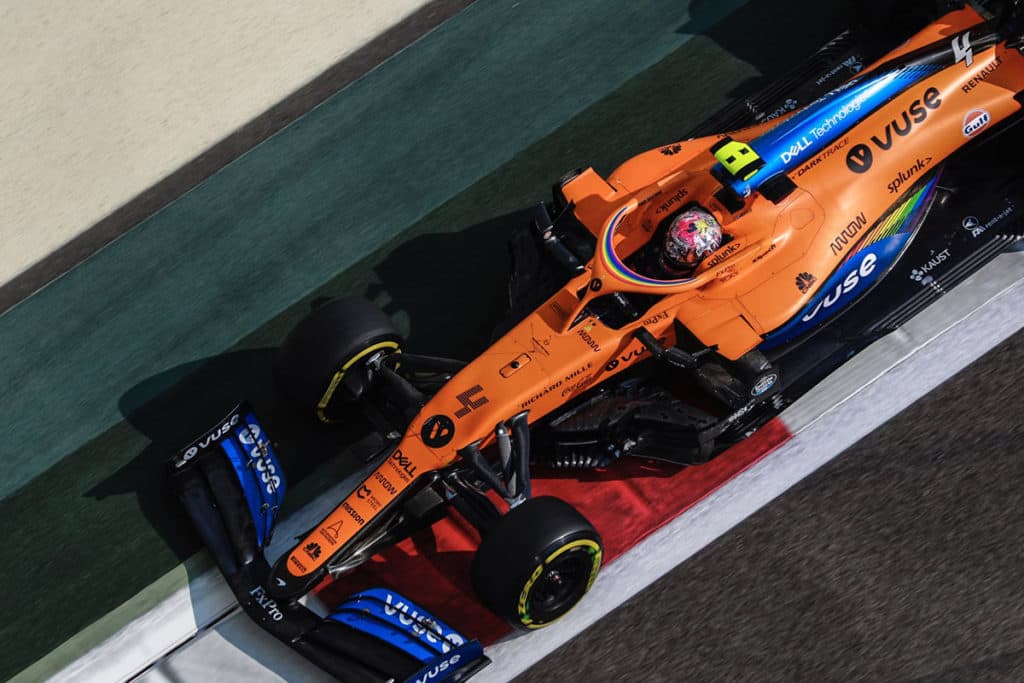 McLaren will be competing with engines from Mercedes in 2021. Team boss Andreas Seidl is already excited about it

One week with the family in Pfaffenhofen, one week working at the factory in Woking: Bavarian McLaren team boss Andreas Seidl (45) is more or less living out of a suitcase at the moment. “Because of the pandemic, the situation is not easy,” he tells F1-Insider.com, “but we’re making the best of it. At home I’m mostly working online, most of it goes with that.”

Besides work, Seidl only allows himself time off now and then. In doing so, he “watched a lot of Bundesliga. You can tell that FC Bayern is tired after last year’s terrific season, but fortunately the others don’t seem to want to take advantage of that.”

Despite the strict regulations that have to be adhered to down to the smallest detail, especially in the Corona hotspot of Great Britain, everything is going according to plan. “We are very well on schedule. You have to remember that we’re getting a new engine partner in Mercedes. That means a lot of work in the rear end.”

Seidl is already enthusiastic about the technicians from Brixworth who are developing the high-tech hybrid engines there for the Stuttgart-based company. “It’s super professional how they work. Really impressive.”

For Seidl’s colleagues like Alpha Tauri team boss Franz Tost, McLaren will make another big leap because of its collaboration with Mercedes. “Mercedes still has the strongest and best engine, let’s not kid ourselves about that. McLaren will benefit from that,” says the Tyrolean.

Seidl, however, wants to keep the ball low. With Renault as its customer engine, McLaren already managed third place in the constructors’ standings in 2020. With Mercedes (according to experts, it brings an advantage of three to five tenths of a second, depending on the track), even more could be possible.

Seidl: “In the end, though, you never really know where you stand until the first test drive. On paper, it looks like we’re stronger. Also because we’ve made further improvements to the drivers. Lando Norris is a year more experienced and with Daniel Ricciardo we have a driver who has already proven several times that he can win races.”

Ricciardo is a winning driver

Indeed, the Australian, who moved from Renault to McLaren to replace Spaniard Carlos Sainz, who left for Ferrari, is seen as a beacon of hope. For many insiders, he is one of the top three drivers in the premier class, alongside Lewis Hamilton and Max Verstappen. And not just for them: Among McLaren fans, the Australian, who describes himself as a “honey badger,” is already very popular. The reactions in the social media clearly showed that.