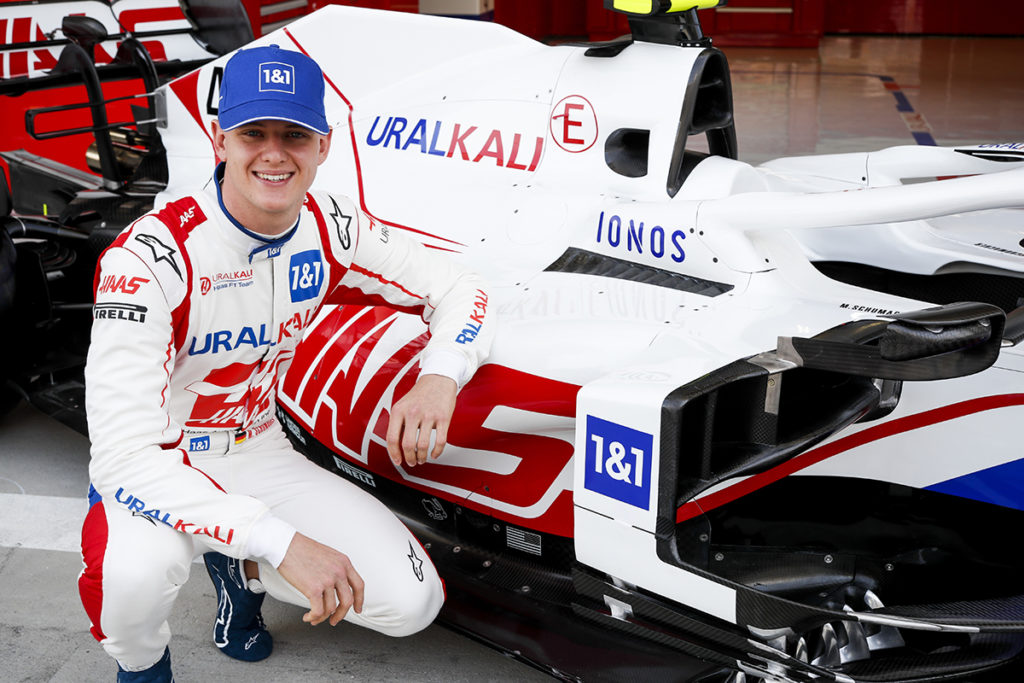 In an interview with F1-Insider.com and AUTO BILD, Mick Schumacher talks about his special relationship with drivable vehicles, his father Michael and his first Formula 1 season.
Bianca Garloff | 24. March 2021 , 08:53 Uhr

In an interview with F1-Insider.com, Mick Schumacher talks about his special relationship with drivable vehicles, his father Michael and his first Formula 1 season.

Mr. Schumacher, you are driving your first Formula 1 season this year with the American Haas team. So it’s only natural to ask: What role do cars play in your life?
Mick Schumacher (21): A big one, of course. It starts with all the Formula cars I’ve driven on my way to Formula 1. I particularly enjoy working with the cars, for example the fact that you can modify them, i.e. adapt them to any track. With the road cars, I always try to be able to recognize them purely from the engine sound.

Excuse me? You know with your eyes closed which car is passing by just by hearing the engine?
At least the makes. A lot of people can do that. A Ferrari always sounds different from a Mercedes.

What are you driving in your private life?
An Alfa.

Are you more of a petrolhead who always likes loud, powerful engines, or are you also very open to electromobility?
Both. I’ve driven a lot of different cars. Electromobility has advantages and disadvantages. In the city, it definitely makes sense. But I often use my bike there, too. On the other hand, I prefer to drive longer distances of 600 kilometers or more in conventional cars, not least because you don’t have to look for charging stations as often. In any case, we are experiencing a very interesting phase, also with regard to the further development of hydrogen. I’m looking forward to the technical future.

What was your first vehicle?
A go-kart that I drove when I was two and a half. It had cross tires on it so I could drive around in the garden. I sat so low in the seat that only my helmet peeked out. When I was three or four years old, I started riding quads. So I was always on the road with motors from a very early age.

The direction was set. Nevertheless, why did you decide to turn your passion into a career and become a professional racing driver?
Because I had and still have an extreme amount of fun while racing. When I was a kid, it wasn’t that serious at first, but at some point we got into the international kart series, including world championships. Actually, it was already clear to me then that I wanted to become a racing driver and not just do racing as a hobby.

What role does your love of speed play in this?
Feeling the speed at the limit is an extremely great feeling. It’s extremely satisfying when you know you’ve just driven a corner at the limit. If you’re then also the fastest of all, the feeling is perfect. Not just in one corner, but a whole lap and a whole race. All that together is motorsport for me. And at the top of it is Formula 1.

Do you immediately feel that you’ve caught the perfect corner?
Yes. It’s hard to describe, but you just notice it. Because you didn’t feel a flaw, as if you had ridden the perfect wave. Such a feeling is very lasting, it lasts a long time. And it makes me happy.

Why is Formula 1 the tip of the iceberg, the top class in racing?
Because of the speed. In Formula 2 we had 620 horsepower, the car weighed 750 kilos, so it was relatively heavy. It’s a very good class to learn. For example, how the driving behavior changes when you drive too close behind another car and turbulence occurs. All the things you learned in the junior categories you have to be able to apply in Formula 1 at the end. In Formula 1, the limit is extremely small. If you take a corner too slowly, you lose time. But it’s also very easy to be over the limit. Then you spin. Finding this perfect balance is what makes Formula 1 so difficult and fascinating at the same time.

What’s more important: pure talent or learning quickly? What does the perfect race driver consist of?
Talent is an important part. But you also have to be willing to sacrifice everything and work extremely hard. You have to be willing to work with people and develop a leadership mentality. All of that together makes for the perfect race car driver.

Mick Schumacher: “Thinking too much doesn’t help when overtaking”

What stood out in the junior classes was that you made extremely good overtaking maneuvers. You often took your opponents by surprise. Is there a special secret to success when it comes to overtaking?
I think you have to listen to your instincts and drive by feel. Thinking too much doesn’t help when overtaking. Then you’re always that one decisive step behind. You just have to do it at the right moment. This behavior has always helped me in all categories so far.

With all instinct: You often watched videos of previous races, including those of your father, used the videos for study purposes and also paid particular attention to overtaking maneuvers…
…yes, because you have to know in advance before or in which corners overtaking is possible at all. An example: If you overtake before a bend followed by a long straight, it makes little sense. Because then you are overtaken again and lose more time than you gain. The point is that, like in chess, you always have to think a few moves ahead.

Does it also play a role to always know who’s in the car you’re trying to overtake or who you have to defend against?
Yes, that’s also part of it. I already know most of the drivers. And, of course, it’s an advantage to know their driving style. Knowing which driver is more likely to risk a lot or which is more likely to hesitate.

In Formula 1, the best of the best are racing. Your opponents this season will be Lewis Hamilton, Max Verstappen or Sebastian Vettel. The crème de la crème. Do you have more respect for them?
That’s why I watch races. I already know how the current drivers react in certain situations. As for respect: In the end, they’re just drivers and people who want the same thing as I do.

What result would you be happy with after your first season?
I want to see improvement over the season. I want to see that I worked very well with the team. It’s difficult to ask for expectations of results now. I have to be realistic and not think that I can already race for the World Championship. Even though it’s in my DNA to think that way. I always want to get the maximum out of it, so I have to have that attitude.

Back to the cars: You’ve driven not only the current Formula 1 cars, but also old ones. Like your father’s Benetton from 1994 or his Ferrari from 2004. Which was more fun?
The Benetton was a thoroughbred race car. There were few buttons on the steering wheel, hardly any driving aids. It was pure driving. If something didn’t work back then, there was nothing you could do and you just stopped. The Ferrari was more complicated: It was more like today. You didn’t just have to step on the gas, you also had to know what else was behind such a car. Nevertheless, there is still a huge leap compared to the cars of today. The Ferrari was a good meter shorter than the current cars. That’s why it was much more agile, especially in slow corners. But to say which cars I enjoy more, I’d have to drive them again with more laps. Of course, the naturally aspirated engines sounded mega, especially the Ferrari V10.

With all the driving aids and technology of today, can the driver still make the difference?
Of course, the driver can still have a special effect. He has to steer the team better than the other guy, has to say where the most important points are that need to be improved. That means making the car faster than someone else can. That’s exactly my goal.

Your father was a master at moving a team forward. Is that something you’ve copied from him? You’re still very young to lead a team…
I simply enjoy working with a team. One thing’s for sure: A driver alone can’t achieve much, but a whole team can. As far as age is concerned, I learned a lot in the junior categories and placed a lot of emphasis on creating a special atmosphere with the engineers.

Your team boss Günther Steiner is an old hand who sometimes comes across as a roughneck with his direct manner. He’s definitely different from most people on the scene…
Yes, I get on very well with him. He gets straight to the point and doesn’t talk around things. It’s very work efficient and I like that a lot.

Your father has won seven world championship titles, as has Lewis Hamilton. Is it already tangible for you what these achievements mean?
It’s still unimaginable for me. I’m only in my first year. After five years, I’m sure I’ll be able to say more.