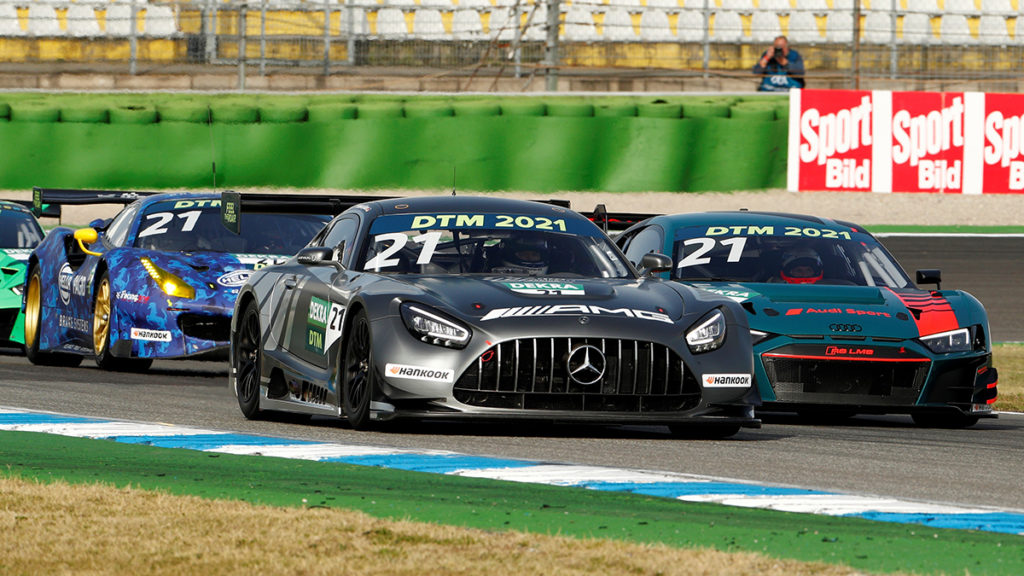 DTM boss Gerhard Berger currently has his hands full with saving the DTM. He has his sights set on these two drivers.
Ralf Bach | 27. January 2021 , 17:02 Uhr

DTM boss Gerhard Berger currently has his hands full with saving the DTM. He has his sights set on these two drivers:

Ex-Formula 1 star Gerhard Berger (61) is currently working day and night to get his DTM up and running with new regulations. His tasks also include thinking outside the box of the world’s best touring car series in order to put together the optimum package. That’s why the former Ferrari driver is considered an insider on the Formula 1 scene, where his advice is still listened to.

MORE TO READ: Vettel doesn’t want to compare his beginnings at Red Bull and Aston Martin

The Tyrolean is convinced that every series needs drivers with whom the fans can identify. Formula 1 drivers, current and former, who compete in the DTM with world-class touring car drivers like René Rast, Marco Wittmann or Timo Glock would help.

In this way, the DTM could become “a Race of Champions” – albeit over eight to ten events a year. Berger has already made a start with former world champion Jenson Button. The British World Champion of 2009 is fielding his own team with a McLaren GT3. It is considered certain that he will also take the wheel of his McLaren himself.

Red Bull substitute driver Alexander Albon will compete with a Ferrari and Red Bull support. But Berger has other plans as well. Former world champion Jacques Villeneuve has signaled an interest in joining the new DTM. “I think it’s the most attractive racing series at the moment for a racing driver with ambitions, alongside Formula 1,” the Canadian told F1-Insider.com.

Berger added: “Jacques would fit perfectly into the concept. In the end, however, it’s a question of financing. Everyone is working on finding sponsors.”

Berger still has another ideal candidate: Nico Hülkenberg. The German is still hesitating. In 2020, he shone three times as a substitute for Sergio Perez and Lance Stroll, who were ill with Corona. In 2021, he wants to be the man to be asked again when it comes to playing Formula 1 fireman and quickly jump into an empty car. In his perception, a DTM commitment could distract from this goal. But the last word has not yet been spoken.

Berger continues to follow events in F1 closely. The question he is most frequently asked: How good record world champion Lewis Hamilton really is. Could other drivers also deliver similar performances on the superior Mercedes? Berger to F1-Insider.com: “Lewis is already absolutely world class. On top of his crazy speed and extreme talent, he now also has experience. Team mate Valtteri Bottas isn’t slow either, but in the end he doesn’t stand a chance against Hamilton. That’s how most drivers would feel.”

However: He trusts three drivers to also become world champion in the Mercedes. Berger: “Max Verstappen, Charles Leclerc and Sebastian Vettel in normal form. Otherwise, I don’t see anyone at this top level. But Lewis is still number one for me at the moment.”

Given his seven world championship titles, is Hamilton also the best driver of all times? Berger: “We’ve had Fangio, Prost, Michael Schumacher, Alonso, Vettel and others who have shaped an era. For me, Hamilton is right up there with them. But the best of all time for me stays Ayrton Senna.”

Berger, who was the legendary Brazilian’s teammate at McLaren in 1990 and 1991 continues: “Ayrton had no weaknesses and additionally enchanted those around him with his incredible charisma.”