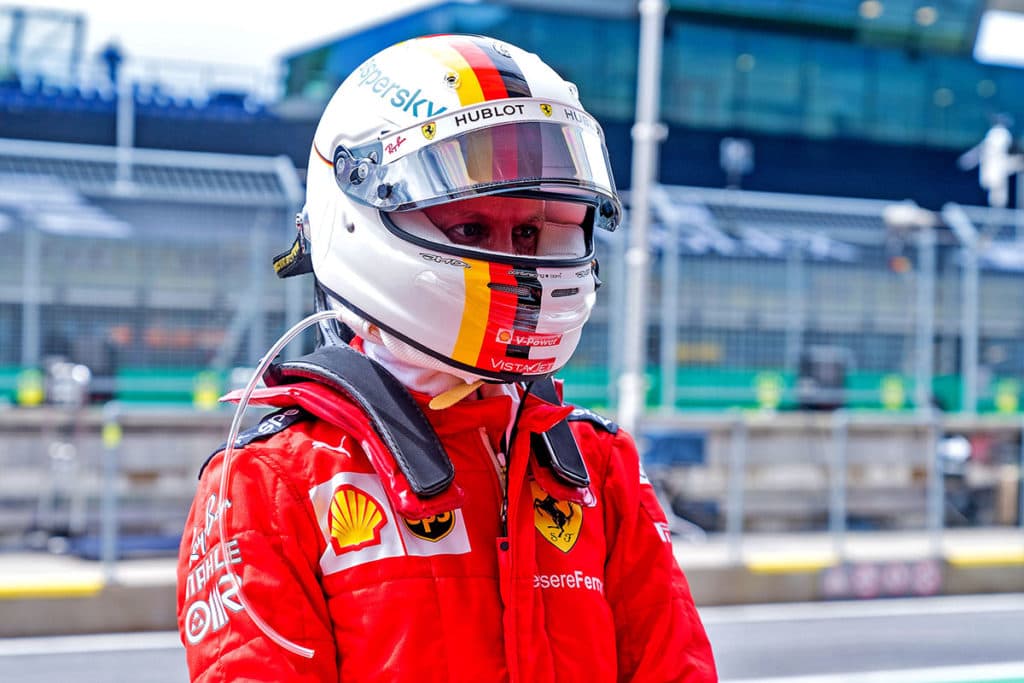 With his story about the whole truth, Sebastian Vettel (33) has set off an avalanche that threatens to overwhelm the Scuderia’s image as early as the Formula 1 season opener in Spielberg.

Remember: On Thursday, the German used his first chance at the FIA press conference to reveal how ice-cold Ferrari had dumped him – even though he had been promised a contract extension before. Afterwards team boss Mattia Binotto justified himself. His argument: the Corona pandemic had come in the way.

A statement with which the Italian caused a storm of indignation. Among fans AND experts.

Ex-champion Jenson Button now describes Binotto’s statement as a “cheap excuse”, with which the team boss simply got in Vettel’s way. Button defends Vettel: “Sebastian deserves a little more respect as a four-time world champion who has won many races for Ferrari. Just look at how few Grands Prix his Ferrari team mates have won in all these years. In 2019 he did a good job as well. Yes, he made a few mistakes that you wouldn’t normally expect from a four-time world champion. But he is an exceptionally good driver. And we should not forget that his teammate also made mistakes he shouldn’t have made.”

The Brit can’t understand the tactics of the Ferrari team leadership: “I find it strange to make such a decision even before a season has started. What’s the point? It only creates a tense atmosphere in the team and it will also lead to a situation where Vettel could blow the whistle on a stable order. For example, if he is in front in the last race and he gets an order, will he make room? Certainly not.”

Ex-DTM champion Paul di Resta adds at Sky: “I sat down with Seb and he told me how the conversation with Binotto went. Binotto told him that the contract could not be renewed because of Covid-19. Seb then asked, ‘Why not?’ And Binotto said, ‘Because your salary’s pretty high.” But then Sebastian said to me, ‘It can’t be about money, because he hasn’t received an offer.'”

The Scot concedes: “No one doubts that Charles Leclerc is a star of the future. But on the team you need someone who everyone can look up to and who can point the way. Sebastian can do that, but I’m not so sure about Leclerc.”

Ex-World Champion Nico Rosberg also leaps to Vettel’s side: “I just can’t explain why Ferrari doesn’t want a Vettel any more. He is a four-time champion and one of the best drivers in the field. You don’t let someone like that go voluntarily!”

Ferrari did. According to information from F1-Insider.com, FIAT President John Elkann personally approved the decision. One reason is that the new Formula 1 cars will not be available until 2022 due to the Corona crisis. Until then Ferrari sees itself in a transitional phase in which an expensive multiple champion on board an only mediocre racer will not be profitable.

Ex-GP driver Alex Wurz still doesn’t understand the Italians: “One could at least have talked to Sebastian, in the sense of: ‘Okay, the economic situation has changed, would you be willing to adjust your salary? “I think we should have talked about this.

Ferrari decided against it – and thus incurred the wrath of experts and fans alike.