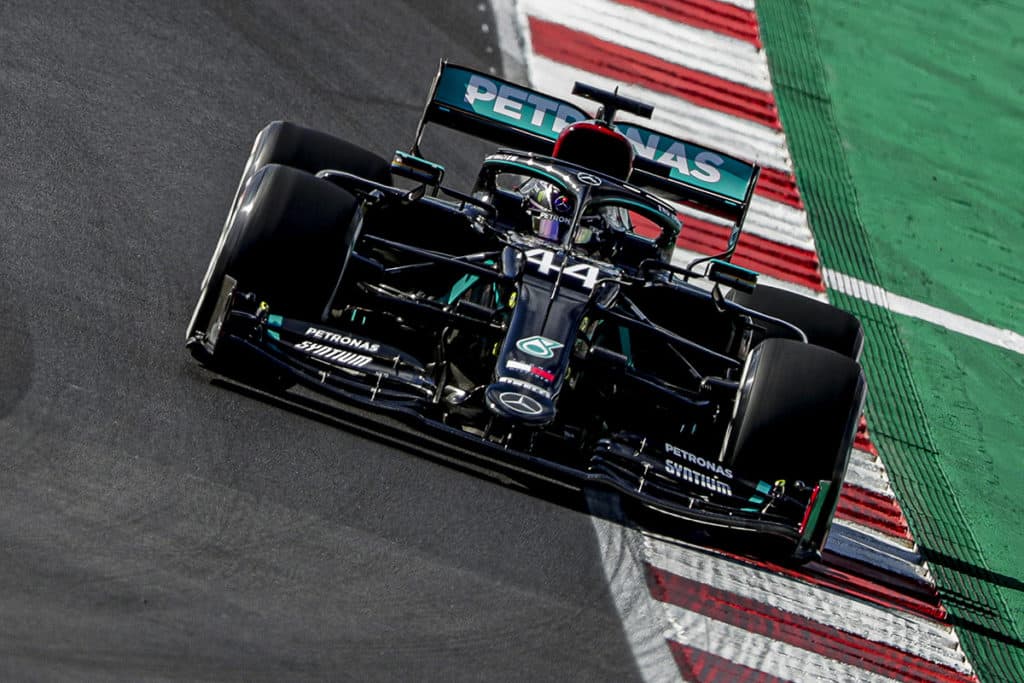 News is making the rounds on the insider scene that Lewis Hamilton and Mercedes have reached an agreement on a new contract
Ralf Bach | 04. February 2021 , 08:02 Uhr

Exclusive: News is making the rounds on the insider scene that Lewis Hamilton and Mercedes have reached an agreement on a new contract

Finally, they are driving onto the finish straight … According to information from F1-Insider.com, Mercedes and Lewis Hamilton (36) have come to an agreement after a long wrangling. World champion Hamilton, so far without a contract in 2021, is to sign a one-year contract with an option for a second season. De facto, that would be a two-year contract if the Brit doesn’t want to hang up his helmet before at the end of 2021.

As F1-Insider.com has learned, the new deal could already be published next week.

The salary is to remain the same (an estimated 40 million euros per year). Mercedes, however, is said to be making a step towards Hamilton on the financial side: According to our information he can market two advertising spaces on his helmet and overall himself.

There is also Insider talk of an allegedly existing clause stating that the Briton will have a say when it comes to future teammates. Damon Hill was one of the first, having reported about that on twitter. In the scene, people are already talking about a “Verstappen clause”. The reason: It’s an open secret that Dutch Red Bull driver Max Verstappen (23) is on Mercedes team boss Toto Wolff’s future wish list. The clause is a compliment for Max, because it shows Hamilton’s big respect for him, the Verstappen-side comments.

One thing is certain: Formula 1 protagonists will breathe a sigh of relief when the deal is announced in the next few weeks. Former team boss Eddie Jordan (72) tells F1-Insider.com: “Lewis is the superstar of the scene. Formula 1 absolutely needs him.”

Jordan also thinks it’s right for Mercedes to make concessions: “Asking for ten percent of the team’s revenue is absurd, you can’t do that because everyone is replaceable. But for Lewis, for example, to get a share of the TV money, I think that’s perfectly justifiable. He sells Formula 1 by far the most worldwide. I also think it’s good that he has the right to market himself. For example, he lured a top sponsor like Tommy Hilfiger to Mercedes. For that, any ordinary agent would have gotten ten percent.”

Hamilton is a great personality in the sport

The news will also come as a relief to rights holder Liberty. Sports boss Ross Brawn made it clear just a few days ago: “We want Lewis to continue. He is a great personality in the sport. He got people thinking – especially last year – about a number of issues that are very important. That has been invaluable.”

Brawn continued: “Lewis is an influential character, he’s good for our sport and probably one of the few mega-stars we have in Formula One today.”

The new deal with Mercedes also makes sense to the former Ferrari technical boss and Mercedes team boss. Brawn, who was instrumental in getting the now seven-time world champion to move from McLaren to Mercedes for 2013: “He wants to become the sole record world champion, and I think he has the best chance for that at Mercedes.”

Mercedes is not commenting on speculations.