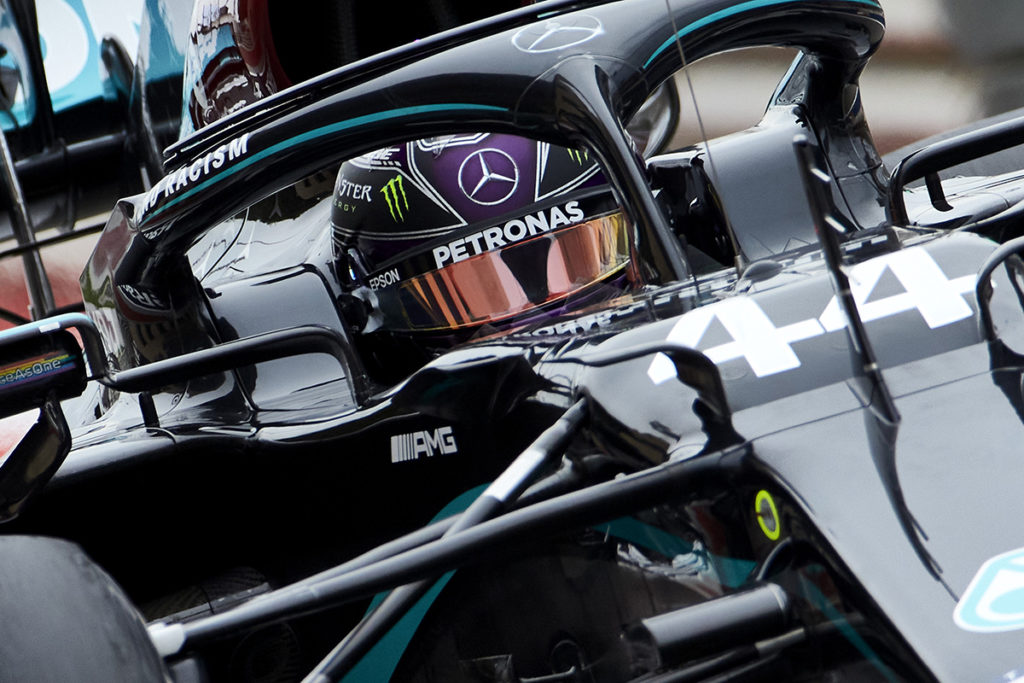 Lewis Hamilton and Mercedes are still negotiating a new Formula 1 contract. What’s the problem? Ex-Formula 1 team boss Eddie Jordan would know how to react to the British driver’s demands.

He is still one of the most colourful personalities in the Formula 1 circus – and one of the best informed. Ex-team boss Eddie Jordan (72) has been regarded as an “oracle” in Great Britain for years because he was the first to announce several sensational announcements in recent years: Michael Schumacher’s comeback at Mercedes, his resignation at the end of the season, and the announcement of a new team.

His latest stunt: He announced early on that chemical giant Ineos would take over shares in the Mercedes Formula 1 team. At first, team boss Toto Wolff denied it. Three weeks ago, it was officially confirmed that Ineos boss Sir Jim Ratcliffe had acquired one third of the world champion team.

Jordan would not put up with Hamilton’s poker

F1-Insider.com reached the Irishman in South Africa, where he is spending the winter at his home in Cape Town. Where he actually got his insider knowledge from was the first question. The former Formula 1 team boss and first F1 boss of Michael Schumacher replied cool: “I have excellent sources that I can rely on one hundred percent and I have a common sense. I’m still extremely well connected in the scene, I regularly talk to Bernie Ecclestone on the phone, among others.”

At the moment, the current pundit of the BBC subsidiary “Channel Four” is concerned about Lewis Hamilton (36) and the stalled contract negotiations with Mercedes. “Apparently the parties don’t agree on the terms,” Jordan notes. “All I’ve heard is that Lewis wants more than Mercedes is prepared to pay. I guess that’s also about stakes in team revenues and an influential role in the Mercedes group. If I were the boss of Daimler, I would show him the door: Either you drive on our terms or you leave.”

Jordan continued: “I would also tell him what Bernie Ecclestone said after Ayrton Senna died: Even though Bernie was shocked and saddened like everyone, he was the first to regain his composure and tell us: ‘Stop complaining now: Everyone is replaceable.’ Lewis should know that now too.”

Jordan thinks Vettel switch was a mistake for Aston Martin

Jordan also has a clear opinion about Sebastian Vettel’s move to Aston Martin – blunt as usual: “I like him a lot, but I think Aston Martin made a mistake in signing him. The last two years against Leclerc at Ferrari were miserable. I don’t know why he looked so bad, he won four world championship titles after all. But I think he’s past his prime. In any case, I would have kept Perez.”

The German, on the other hand, shouldn’t worry too much about the team duel with Lance Stroll, the son of Aston Martin team owner Lawrence. Jordan: “Lance is like a grab bag. You never know what’s in it. Sometimes he drives well, sometimes extremely badly. He is anything but consistent.”

The big winner in the driver change, he says, is Red Bull. Jordan: “With Perez, Red Bull gets a top driver. Nobody thinks he’s as fast as Max Verstappen. But nobody is anyway. Perez is a great driver who will fulfil what Red Bull expects from him, especially in the race: To be close enough to Max to be able to put pressure on Mercedes with two cars. His predecessor Alex Albon was never able to do that.”