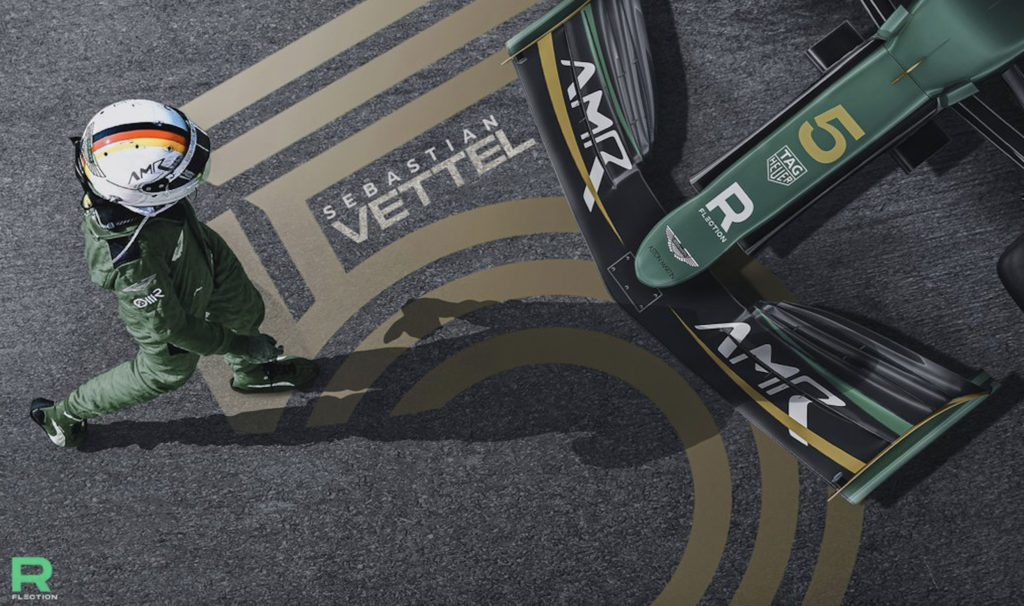 For Sebastian Vettel, the new career stage at Aston Martin is also a return to certain roots. The parallels with Red Bull cannot be overlooked.

Sebastian Vettel (33) completed his first day of work at Aston Martin in Silverstone last Tuesday. The plan was to get to know the technical crew, try out the seats and take his first drive in the simulator.

For Vettel, it must have felt like coming home. After all, before his interlude in Italy, he had already been at home with an English team: Red Bull Racing. The Bulls’ factory is only about half an hour away from the Aston Martin F1 plant in Milton Keynes. And Vettel was already known to harmonize well with the English sense of humor during his Red Bull time from 2009 to 2014.

What’s more, Vettel also came to the island then from Toro Rosso in Italy to join an up-and-coming team. Red Bull had yet to win a race at the start of 2009 and was just emerging as a top team. Together with Vettel, four world championship titles followed.

According to Giorgio Ascanelli, Toro Rosso’s former technical director, this is no coincidence: “You’ve probably already noticed,” he once told F1-Insider.com: “Every team Sebastian has driven for so far became a winning team with him. First Toro Rosso, then Red Bull. That’s also because of Sebastian. Because of his heavy foot on the gas and his way of carrying a team along.”

The Italian technician veteran’s observation is based on the 2008 duel between Toro Rosso and Red Bull, when Vettel took his first victory at Monza and managed to outrun the parent team. Ascanelli: “Red Bull already had all the ingredients for success in 2008, but we were better than Red Bull because Vettel was better than Coulthard and Webber. Period. Out.”

One thing is certain: The parallels to Vettel’s new job at Aston Martin cannot be overlooked. Team headquarters in England, an up-and-coming squad, a billionaire in the background (Lawrence Stroll instead of Didi Mateschitz), a Vettel with many ambitions.

Asked about this, the German told F1-Insider.com: “On paper, there are certainly some things that seem similar, but I think the situation is already different. Especially because I myself am at a different point today.”

More precisely, the Hessian continues, “At a better point, with far more experience, with a clearer view. That’s why you can’t really compare the two starting points. Back then, I didn’t have the knowledge I have today, so the approach is completely different.”

And yet there is another parallel: the feel-good environment that the German needs, which he once had at Red Bull – and which Aston Martin team boss Otmar Szafnauer has also promised him now.

The US-American told F1-Insider.com: “It’s about respect and the way we stick together. We appreciate everyone’s talents and don’t point fingers at anyone. We encourage our people to learn from mistakes. We all pull together and have a good working atmosphere, a culture where we don’t blame anyone for making a mistake. That also applies to the drivers. Seb will like that and I’m sure: He will flourish.”

So question for Vettel: How important is it to feel the confidence he once had at Red Bull?

Answer: “Everyone is different, but nevertheless everyone probably likes to have an environment where people stand up for each other and work for each other. So far, of course, for me at Aston Martin, it’s still a lot of new faces, but I’m confident that it will work. You always have to be open to new things. I’ll meet a lot of new people, new ways of working, new approaches – and I wouldn’t be well advised to think that only my way is the right way.”

At Red Bull, at any rate, they have their eyes on Vettel’s England comeback. “I hope he finds his way back to old form,” motorsport consultant Helmut Marko tells F1-Insider.com. “That the last two years were not his best, he knows himself. For whatever reasons. But I don’t think he can be dangerous to us. His 2020 team was too far away from us for that. Even if Sebastian is in top form every race, as a driver he can’t make up for the gap the team had on us. But maybe I’m wrong.”