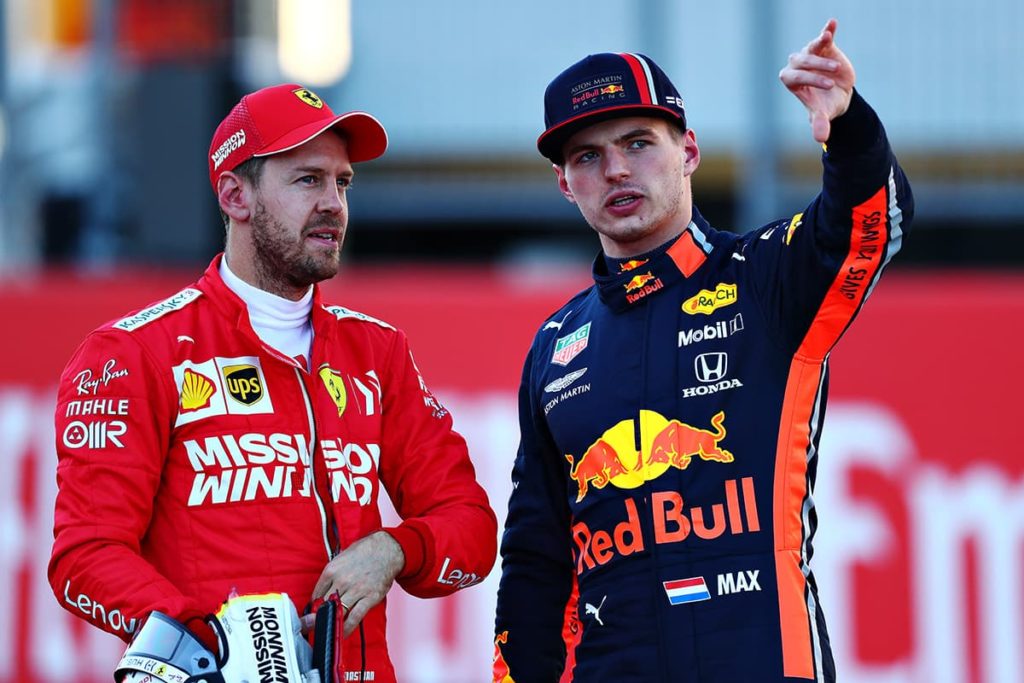 Formula 1: Would Aston Martin-Star Sebastian Vettel (33) have had the chance to return to Red Bull after his Ferrari retirement? F1-Insider.com spoke to Red Bull chief advisor Helmut Marko.

For a long time the Formula 1 community was puzzled about a recommendation that Red Bull chief advisor Helmut Marko (77) gave to his former star pupil Sebastian Vettel (33/4 World Championship titles with Red Bull).

Background: Shortly after Ferrari informed Vettel in May 2020 that they would not extend the contract with the former saviour, the man from Graz advised the German, who was “unemployed” at that time for 2021: “Sebastian should take a year off and take some time out.”

Why he said that, Marko never clarified. Until now. Marko told F1-Insider.com: “It was clear that Sebastian would have another difficult season with Ferrari. I didn’t want him to act rashly, but to wait. Because it was clear to me that fundamental things would change in the driver market for 2022. For example, I was sure that there would be a vacancy at Mercedes then. But not only there.”

READ MORE: IS THIS HOW VETTEL’S ASTON MARTIN HELMET IS GONNA LOOK LIKE?

Did Marko also advise a sabbatical because of Red Bull?

The Austrian admits: “More in general, I advised Sebastian to take time off. But that also included Red Bull. I just wanted him to still be on the market at the right time so he could take the best possible offer. Above all, I didn’t want a four-time world champion to say goodbye to Formula One like that. Not as a friend, and not as a Red Bull man.”

Does that also mean that Vettel left the silly season too quickly to have a chance at Alex Albon’s Red Bull cockpit?

Marko: “When Ferrari gave him notice, we had no place left for 2021. At the time, we firmly assumed that Alexander Albon would develop positively, so that he would also be able to drive alongside Max Verstappen in 2021. That’s what I told Sebastian. Unfortunately, we were wrong. When we had to act, Sebastian was no longer on the list because he had made a long-term commitment to Aston Martin. Therefore, Sergio Perez was the logical decision for us.”

Indeed, Vettel admits to having spoken to Marko more frequently, particularly in May. “He is one of the people I trust and whose opinion I take very seriously”, said the Heppenheim driver. “Of course we are connected by our joint successes, but I also have a lot of human ties with Helmut. That’s also why I confided in him beforehand that I would switch to Aston Martin.”

For Marko, it was an understandable move. “Aston Martin was very tempting”, he says. “The name is cult, the close cooperation with Mercedes promised a sporting perspective. I can understand him, even if I personally would have waited.”

How seriously does Marko now take his former protégé as an opponent?
Marko: “I hope he finds his old form again. He knows himself that the last two years were not his best. For whatever reason. But I don’t think he can be dangerous to us. In 2020 his new team was too far away from us for that. And that’s despite the fact that Perez was extremely strong, especially in the second half of the season. Even if Sebastian is in top form every race, as a driver he can’t make up for the gap the team had on us. But maybe I’m wrong.”

That’s exactly what Vettel wants to prove to his confidant this season.