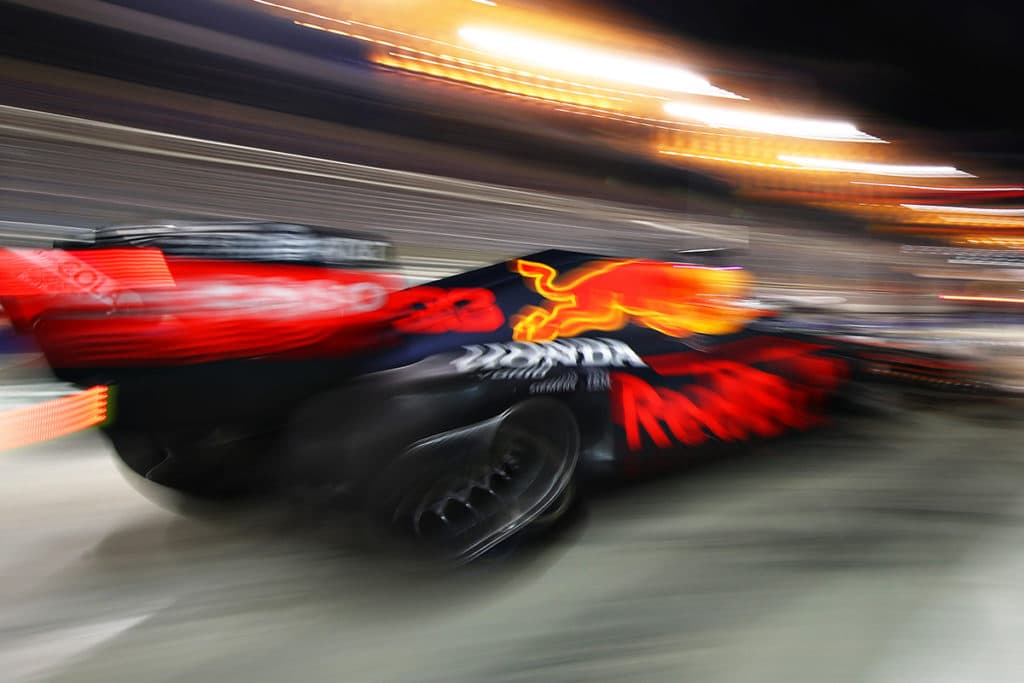 Credit: Red Bull Racing
In an interview with F1-Insider.com, Red Bull motorsport boss Helmut Marko is again optimistic about the development stop and engine freeze. Then it would be possible for Red Bull to use the Honda power unit on its own.
Ralf Bach | 01. February 2021 , 17:36 Uhr

In an interview with F1-Insider.com, Red Bull motorsport boss Helmut Marko is again optimistic about the development stop and engine freeze. Then it would be possible for Red Bull to use the Honda power unit on its own.

Styria is currently presenting itself in an idyllic winter landscape. There is a lot of snow, the sun is shining, people are drawn out into nature. Red Bull motorsport consultant Helmut Marko (77) is also taking advantage of the beautiful weather to go to his beloved forest just outside Graz. He inspects his trees and looks after other things as well. He also lends a hand when he has to.

“For me,” rejoices the doctor of law, “visiting the forest is like fitness training. Operating a chainsaw is a very physical affair. And since the terrain is very hilly and in some cases very steep, my expeditions into the countryside have more to do with mountain climbing than hiking.”

However: Marko’s good mood has not only to do with the friendly weather conditions. Things are now also finally moving in the right direction as far as the engine freeze from 2022 is concerned. Background: Because Honda is leaving Formula 1 at the end of the year, Red Bull wants to use the power units on its own. This will only be possible if the engines are frozen from 2022 onwards, becaue Red Bull has no capacity for further development.

On February 21, F1-Insider.com has learned, the vote will finally be taken at the World Council of the FIA. And that seems to be just a formality. Marko: “We need six of the ten votes from the teams, which means only a simple majority. I assume that in addition to Red Bull and Toro Rosso, the three Ferrari teams, Ferrari, Alfa Romeo and Haas, as well as Renault, will also agree.”

According to Marko, the reason why the four competing teams mentioned hesitated with their yes vote at the last engine summit was due to legal formulations that have now been adjusted.

Important: This means that wobbly candidate Mercedes with its three customer teams Aston Martin, McLaren and Williams would no longer have the opportunity to block the rule change, which is so important for Red Bull. The FIA itself, promoter Liberty and the race track promoters have already sent positive signals in advance.

For Red Bull, the decision would be a victory in every respect even before the season begins. After all, the long-term future of the Austrians’ Formula 1 involvement would not only be secured, because it would make them able to use the Honda engine on their own for at least three years.

On top, the future in the top automotive class, which has been thrown into turmoil by the Corona pandemic, suddenly appears rosy, and not just for the innovative beverage company. The ban on further development of the ultra-complicated high-tech hybrid engines will not only save the current manufacturers and teams millions, it will also clear the way for future manufacturers.

Because in addition to the manageable costs, the danger of risking a knowledge disadvantage has then also been drastically reduced. Designing an up-to-date drive train is not a big problem if you buy in the relevant knowledge (i.e., engineers) from the competition. The real challenge is to keep up with the pace of development.

The expected engine freeze is therefore also one reason why new Formula One CEO Stefano Domenicali (formerly in management positions at Ferrari, Audi and Lamborghini) is suddenly optimistic about new car makers reporting interest in the premier class.