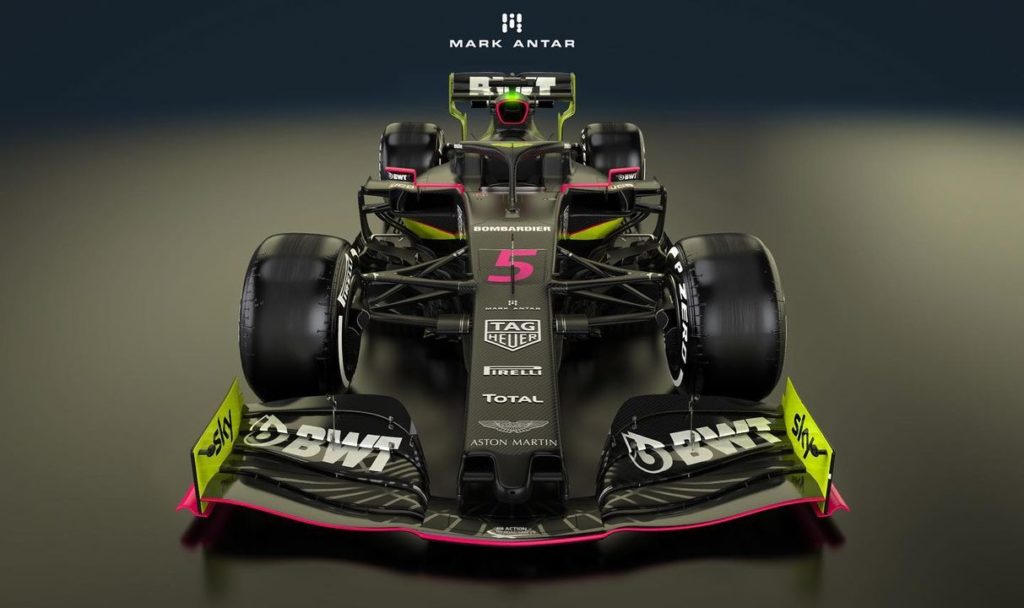 BWT remains on board as sponsor of Sebastian Vettel's new Aston Martin team. These are the background facts.
Bianca Garloff | 24. February 2021 , 15:01 Uhr

BWT remains on board as sponsor of Sebastian Vettel’s new Aston Martin team. These are the background facts.

As F1-Insider.com had reported, BWT will not grace Mick Schumacher‘s Haas Ferrari. But now it is clear: The Austrian water company will stay on board at Aston Martin – even if it is a bit smaller.

This is a decision against Williams and a visibility at the end of the Formula 1 field. Haas was out of the question because the US team did not want to get involved in a pink colour scheme.

Why Haas-BWT didn’t work out

Gene Haas promotes his own machine tool manufacturer with his team. In order for him to be able to deduct this generously from his taxes, Haas not only has to be in it, but also on it.

The best solution for the water company from Mondsee (Austria): BWT continues to support Aston Martin and is thus also swimming along on the wave of hype that the new works team around Sebastian Vettel and Lance Stroll has captured since the beginning of the year

BWT takes the Aston Martin hype with it

BWT has been on board with the predecessor team Racing Point since 2017 and raised eyebrows when they dipped cars and overalls in pink for the first time. But there has not been a bigger marketing impact since then.

The collaboration now continues – albeit with a more subtle colour scheme.

Andreas Weißenbacher, CEO of BWT: “I am proud to continue supporting this wonderful team of people and to start a new chapter with Aston Martin’s return to Formula One. Having seen the team enjoy such a strong 2020 season, we believe the years ahead are full of great promise and we want to continue supporting this team’s journey towards the front of the grid. As well as success on the track, we will work with Aston Martin Cognizant Formula One™ Team to achieve its objectives away from the track by becoming more sustainable.”

And further: “It means continuing the work from last year to cut down the use of disposable bottles at the track, minimise plastic waste and facilitate the local treatment and consumption of water. Additionally, we are looking forward to starting cooperation with more people in the F1 community who are also convinced of our mission to fight for a plastic-free planet and who are ready to spread this mission to people around the globe.”

The new Aston Martin will be presented on 3 March. Click here for all presentation dates.