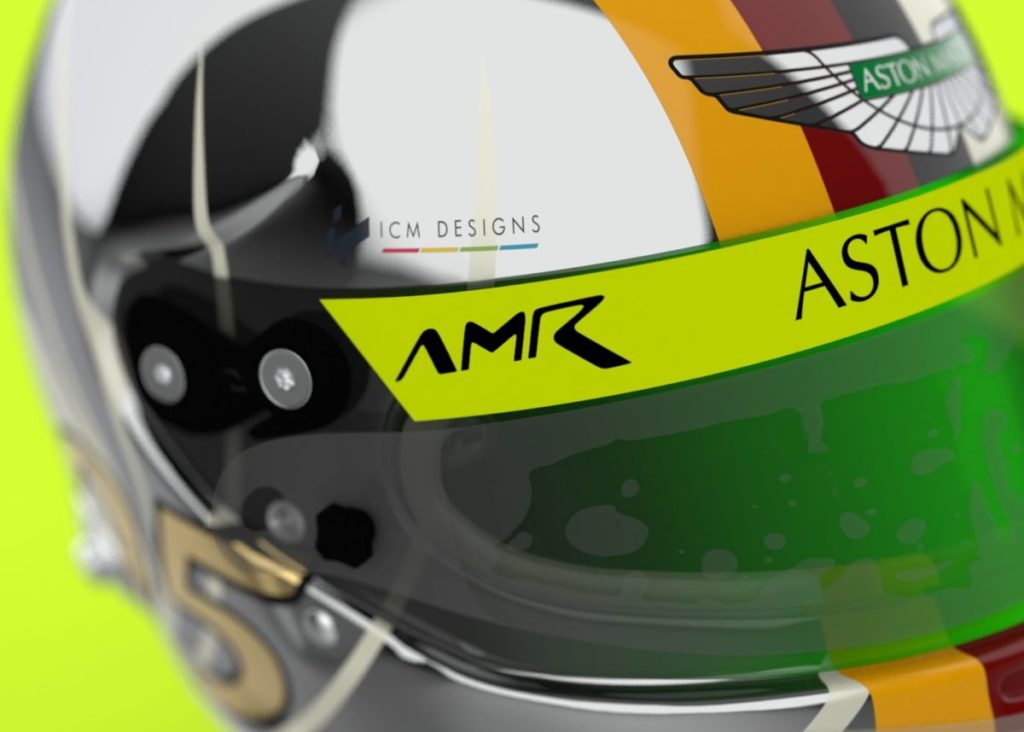 The excitement among Formula 1 fans is rising. With Sebastian Vettel’s (33) switch to Aston Martin, not only the car and the team are changing for the Heppenheim driver, but also the colour scheme. Red is passé, green the colour of hope for a successful future.

Fittingly, a green Vettel logo is now circulating in the social networks. The background: Aston Martin will compete in “British Racing Green”, the traditional colour of the cult sports car brand.

The question remains: How will Vettel and his designer Jens Munser react to the German’s helmet? As a reminder: Vettel is the first driver to have made the constant change of helmet design his trademark. At Red Bull, the Hessian took his helmet-changing game to the extreme, changing his headgear after each of his many victories and always having Jens Munser create a new paint job.

Vettel is the master of changing helmet designs

With the switch to Ferrari and the FIA rule that each driver may only change his basic design once a year, things became less complicated in the Vettel camp. “We always liked white as the basic colour,” Munser tells F1-Insider.com. “Add to that the German flag, the Ferrari logo and the starting number 5, and it just looked classy.”

In 2019, the urge to experiment returned. The best example: the rainbow helmet in Turkey, which was supposed to carry the positive message of a diverse society into the motorsport world – and was auctioned off for more than 200,000 euros.

And now? Will Vettel’s Aston Martin headgear be as green as his car? “ICM Designs” has published a possible variant of the new Vettel helmet on Facebook. The basic colour there remains white. Quite cool: the starting number 005, which relates to James Bonds number 007.

Will Vettel’s helmet be green?

Munser to F1-Insider.com: “I’ve already seen some designs on social media, but Sebastian’s livery for 2021 hasn’t been decided yet.” Only this much: “Formula 1 is not a stealth championship.” In other words, giving the helmet the same colour as the car, so that it goes completely unnoticed, is rather unusual…