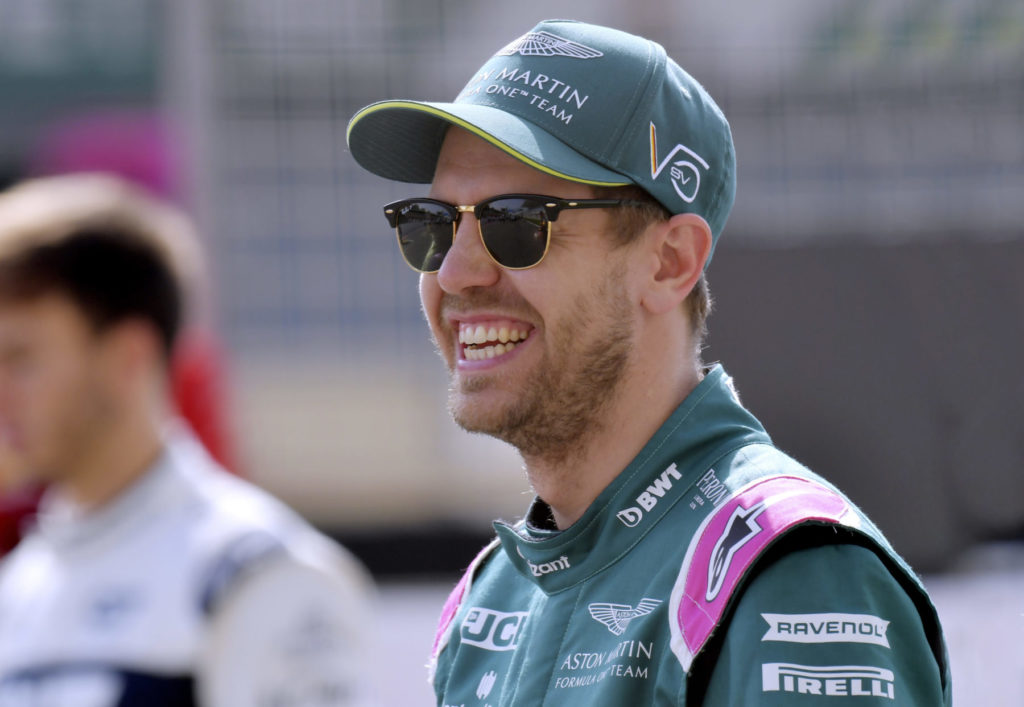 March 24, 2021: Aston Martin makes everything new around Sebastian Vettel: Green instead of red team colors, a pink helmet thanks to personal and team sponsor BWT and a new logo adorn the outfit of the man from Heppenheim. But what has not been publicly known until now: Vettel designed his new logo himself!

That’s right, you read it correctly. According to information from F1-Insider.com, the Aston Martin star drew his new “crest” of a V for Vettel and the starting number five himself and did not allow himself to be influenced by design agency suggestions.

Self-made man Vettel! The carpenter’s son from Hesse is as down-to-earth as ever, even as Formula 1’s James Bond. Meanwhile, the new logo also adorns his Aston Martin cap and his new helmet.

Vettel fan articles in the new design and with the new logo are available here: https://shop.astonmartinf1.com/collections/sebastian-vettel