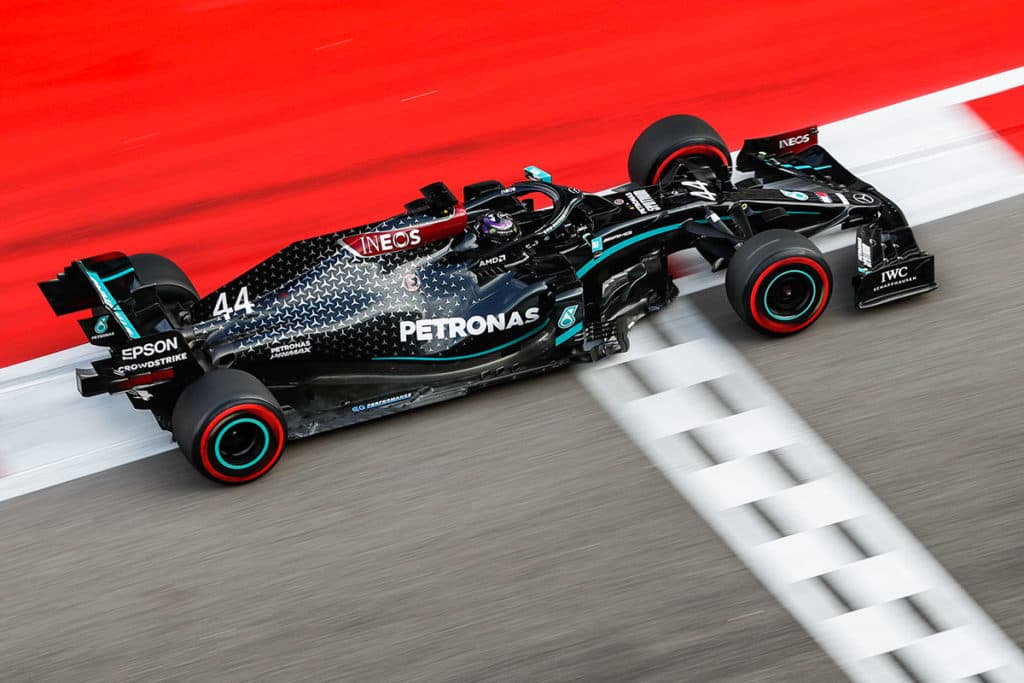 A clause in Lewis Hamilton’s new Mercedes contract is causing debate. We put this contract detail into a historic perspective

Lewis Hamilton’s (36) contract extension with Mercedes, which according to F1-Insider.com information will be officially announced next week, has caused a small earthquake in the Formula 1 landscape. Especially the so-called “Verstappen clause”, which insiders believe the British superstar had got written into his  new contract, is causing quite a lot of debate.

The background: Hamilton is said to have secured himself a say in the decision on who will be his teammate in the future, should he wish to pull his option and stay another year. None of the protagonists will confirm such a contract detail, but one possible reason is obvious: Red Bull’s wonder boy Max Verstappen (23), who some experts believe already would be able to beat the Briton in the same car, certainly is somebody Hamilton doesn’t want to put up with  in the autumn of his career.

Damon Hill would have done the same

Fellow countrymen like Hamilton’s World Champion colleague Damon Hill (60) show some sympathy for the megastar of the scene. The 1996 champion, who himself was one of the first to report the special veto right via his Twitter account, says: “I would do the same in his place.”

On the other hand, Formula One protagonists are asking themselves another question: “How far the influence of an individual driver within a team can go?” Ex-Formula 1 boss Bernie Ecclestone (90) told F1-Insider.com: “I would have made it quite clear to Lewis: Either you take what we offer you now – or you leave it. Everyone is replaceable. Only one person decides who drives here –  and that’s me!”

Ecclestone remembers  a case in which he was  personally involved as the owner and team principal of Brabham. The Briton: “In 1983 we became world champion with Nelson Piquet. I had to decide who would drive alongside him in 1984. We had an extremely good test with a young Brazilian driver called Ayrton Senna. I wanted him. When Nelson heard about it, he really got upset  and reacted like a defiant child. He absolutely did not want Senna as a team mate. He immediately recognised his potential. But I didn’t care.”

Nevertheless Ecclestone decided against Senna finally: “Our main sponsor Parmalat didn’t want two Brazilians. I weighed everything carefully: In the end, peace in the team was more important to me. But since I was also the head of the constructors’ association, I made sure that Senna got a job elsewhere, with Toleman. I knew he was going to be the future superstar, so I really wanted to see him in Formula One.”

Prost vetoed against Senna at Williams

In 1993, it was Senna again who was on the receiving end of a colleague’s veto. His arch-rival Alain Prost, who took a year off in 1992, was offered a comeback by Williams, the leader of the pack at the time. His condition: no Senna as a team-mate. Ecclestone: “Frank Williams was desperate. His plan was to start with both of them. But I advised him to race with Prost for one year, give him the title and then get him to retire for good and take Senna the following year. That’s how it turned out.”

The most influential driver in a team before Lewis Hamilton was Michael Schumacher at Ferrari. Ecclestone recalls: “Michael didn’t even need a contract clause for that. He was the clear number 1, with him Ferrari wanted to return to the  glory days. That’s why Jean Todt always asked him in advance whom he would like as a team-mate. Michael could live well with Eddie Irvine, Rubens Barrichello and Felipe Massa. If Michael had objected – they wouldn’t have ended up at Ferrari.”

However even the Formula 1 icon from Kerpen twice had to realize that his influence was not big enough. In 2006, he could no longer prevent Ferrari President Luca di Montezemolo from signing the Finnish super talent Kimi Räikkönen for 2007. Partly for this reason Schumacher retired at the end of 2006. Räikkönen won the title with Ferrari and is still the last world champion in red.

What’s only known to a few people: In 1999, Schumacher wanted to switch to McLaren-Mercedes. That’s why there was a secret meeting between him, his manager Willi Weber, McLaren team principal Ron Dennis and the recently deceased former Mercedes boss Jürgen Hubbert during the Monaco GP in the former Beach Plaza Hotel (today Le Meridien) in 1998. They already had more or less come to an agreement when Schumacher demanded number 1 status – including having a say in his team-mate.

Hubbert could not accept that. The dream marriage of Schumacher and Mercedes was postponed until 2010.

One thing is for sure: With his request Hamilton is in good company.