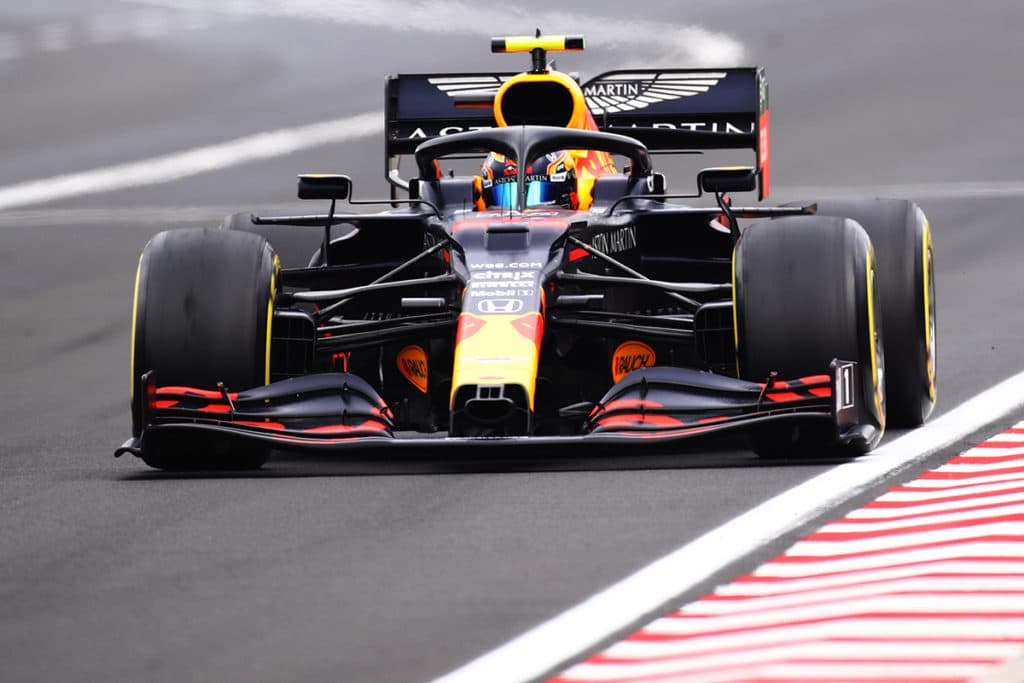 Will this really reduce the pressure on Alexander Albon (24)? Before the British Grand Prix at Silverstone, Red Bull reacted and decided to strengthen Alexander Albon (24), who has recently come under increasing criticism. The Thai driver will have a new race engineer with immediate effect.

Simon Rennie, ex-racing engineer of Mark Webber and Daniel Ricciardo, will use his experience to help Albon get closer to the times of teammate Max Verstappen (22) with the difficult to drive Red Bull. After the first three races of the season, the Dutchman had criticised Albon for being too slow and therefore not helping him in his fight against the superior Mercedes.

This was one of the reasons why there was repeated speculation in recent weeks that four-time World Champion Sebastian Vettel (33) – still without a job next season – could return to Red Bull as a team mate of the Dutchman.

Red Bull motorsport consultant Helmut Marko (77) now makes it clear at F1-Insider.com: “It was also due to us that Albon has not been able to realise his full potential so far. The new race engineer has a lot of experience and will be able to help him. I’m sure there will be a performance improvement at his first race at Silverstone.”

Marko continues: “His former engineer didn’t do a bad job, but he was still new.”

However: it remains to be seen if speculation about Vettel’s return to Red Bull will cease. For former team boss Eddie Jordan (72), one thing is certain: “When I used to put a new engineer at a driver’s side, I wanted to help him too. But it was also a clear sign: This is your last chance, now use it!”

Ex-Formula 1 driver Ralf Schumacher sees it similar. Today’s Sky expert adds at F1-Insider.com: “The race engineer is the most important man in the team. If you don’t get along with him and don’t trust him, you have a real problem. On the other hand, Albon has to deliver now.”

Albon falls off compared to Verstappen

But: Schumacher had repeatedly pointed out that Albon was falling off too much compared to Verstappen. The six-time GP winner would definitely find a return of Vettel to Red Bull worthwhile. He even considers a return to Red Bull’s sister team Alpha Tauri possible.

Schumacher: “If Renault’s protest against Racing Point is dismissed, Red Bull will drive four identical cars in 2021. And in the end, it will make almost no difference which of the four cars you drive.”

But: Helmut Marko still evades Schumacher’s logical thought: “First of all, we must finally get a verdict. We don’t want that before the race on Sunday.”

Interesting words from Marko about Vettel

Interesting though: When F1-Insider.com confronts the motorsport legend from Graz with the fact that Vettel allegedly has until July 31st to decide to accept the offer from Racing Point (2021 Aston Martin), the confidant of the Heppenheim-based company reacted with astonishment: “As far as I know, he has longer to decide.”