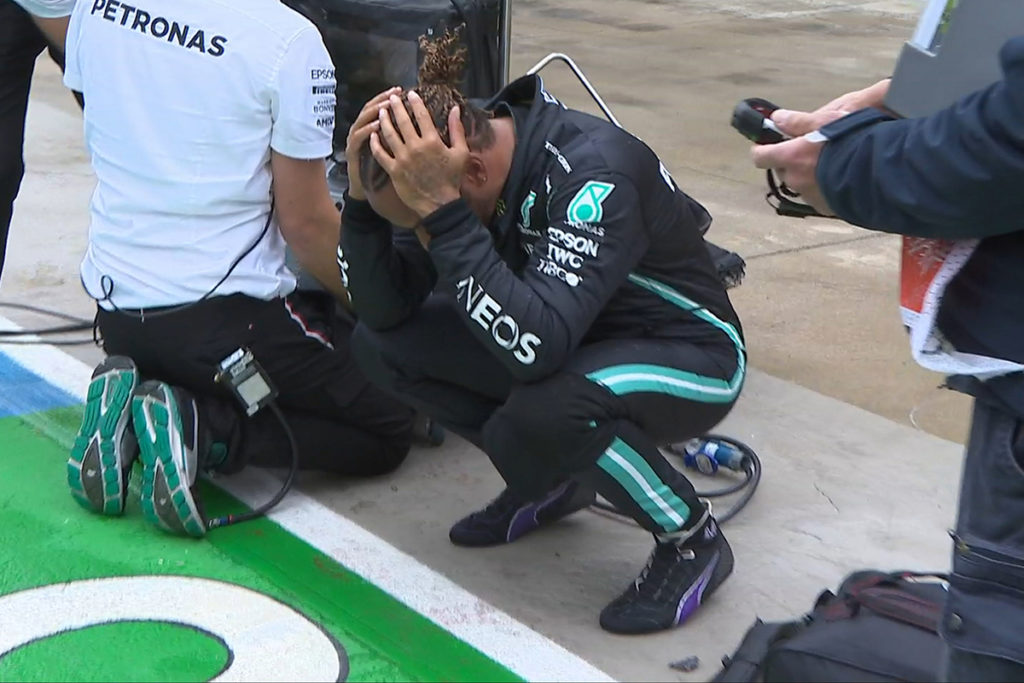 Lewis Hamilton shows nerves in the duel against Max Verstappen, believes former world champion Jacques Villeneuve. Bottas is the worse teammate for him

The duel between Max Verstappen (23) on Red Bull and Sir Lewis Hamilton (36) on Mercedes has already captivated the Formula 1 world after just two races. Including the 1997 world champion, Jacques Villeneuve. The Canadian, who celebrated his 50th birthday on April 9 surrounded by his family in Italy, has a clear opinion as usual. He tells F1-Insider.com: “It will be exciting. You could already see at Imola that Lewis is no longer used to taking big risks. But now he has to, because – unlike in previous years – he has an opponent on a par who also drives for another team.”

Villeneuve uses several situations to explain this increased willingness to take risks, which can lead to mistakes. Villeneuve: “At the start Lewis should have pulled back against Max as early as the first corner because he was on the outside. But he held on and so ruined his race already in the first corner.”

Hamilton’s slip into the gravel during the later recovery also showed the immense pressure the Briton was now under, he said. “Lewis risked too much on the overlap. I doubt that would have happened to him like that in recent years. The red flag, which was triggered by his teammate Valtteri Bottas, saved him. He was very lucky. He shouldn’t rely on that from now on.”

Hamilton vs. Verstappen reminiscent of Schumacher vs. Villeneueve

Interesting: The duel Hamilton vs. Verstappen already reminds the Canadian of the merciless duel he had to wage as a Williams driver in 1997 with Ferrari superstar Michael Schumacher. It wasn’t until the last race that the pendulum swung in the Canadian’s favor. A deliberately caused collision by Schumacher in Jerez made Villeneuve the world champion. At the time, the Williams driver felt he was in the same chasing role that Verstappen is in now.

“I was the young challenger Schumacher had to fight against like Hamilton is now. Michael couldn’t cope with that.”

In the end, he said, the decisive factor will be who has a better grip on his nerves. And, according to Villeneuve, who has the better teammate. Villeneuve: “Back then, Heinz-Harald Frentzen was clearly better and faster than Schumacher’s teammate Eddie Irvine. Heinz-Harald simply took too long to get to grips with the Williams. That’s why Williams put all its cards on me early on. But without his support, especially in the last race, it would have been difficult. In the final we were able to put Schumacher under pressure together. Irvine, on the other hand, didn’t play a role.”

According to Villeneuve, the advantages in this area are clearly with Verstappen. “Perez is the newcomer to the Red Bull team and yet is already stronger than Bottas, who is in his fifth season with Mercedes. Perez can help Max more than Bottas can do for Hamilton.”

Bottas’ career at Mercedes is coming to an end. Villeneuve: “I therefore don’t quite understand Toto Wolff. Why does he blame the young Brit in the collision with Mercedes junior Russell? Bottas knew exactly that his potential successor was about to overtake him and risked a serious accident with his short move to the right.”

For Villeneuve, it’s clear: “He mustn’t do that under these difficult track conditions. But this shows how tensed Bottas is already in the second race of the season. And that’s not going to get any better. Because he is simply too slow. If he wasn’t, he wouldn’t have had to defend his position so over-hard against a Williams.”