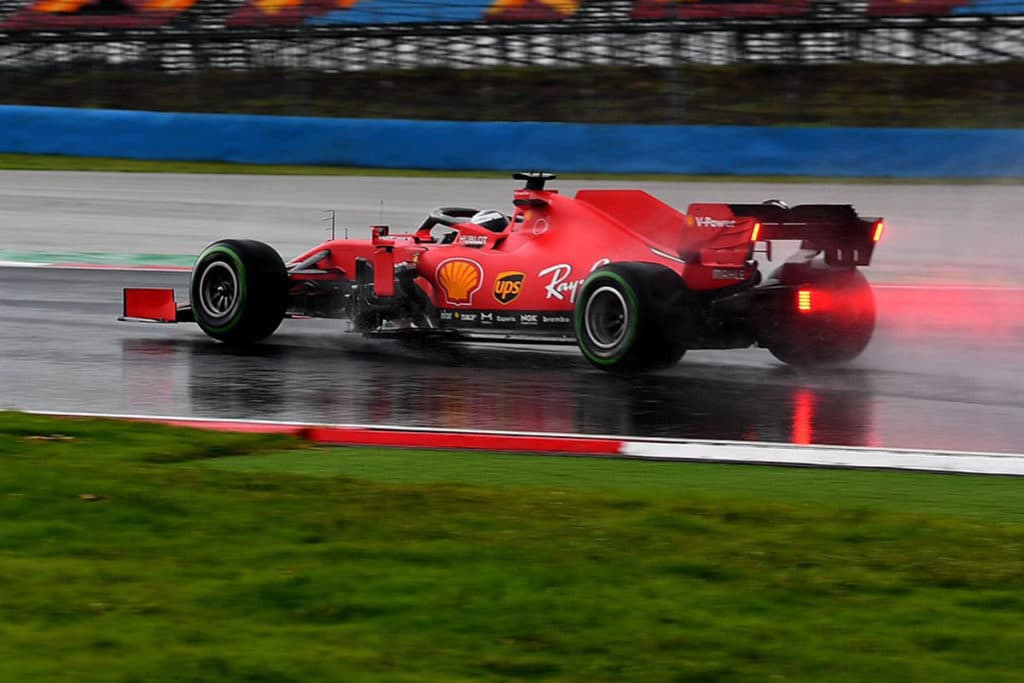 Sebastian Vettel beat his team mate in qualifying for the first time since the GP Hungary in summer. The pole car also gives hope

Again only twelfth place in qualifying for the Turkish Grand Prix. Once again no brilliant performance. Once again no Ferrari cheers. And yet it was a good day for Sebastian Vettel (33). For the first time since the Hungarian Grand Prix, the third race on the Formula 1 Corona calendar, the German beat his team-mate Charles Leclerc (14th place). Vettel has thus “shortened” in the team duel to 3:11. The gap in the long-distance duel for the better starting position remains large. And yet Vettel set an example in Istanbul.

More to read – Statistics show: Vettel has the speed

In all three qualifying sections he was faster than Monegasque, who is already considered a superstar and a new high-flyer in the scene. This also means that when the conditions become difficult, the lightning-fast search for the right line and the better popometer are in demand, Vettel can still convince. This is also a hint that the Heppenheim native has not forgotten how to race, as his series of defeats against Leclerc since Hungary led one to assume.

But, typically Vettel, he does not want to interpret too much into his 1.5 second lead over his team-mate. “We just couldn’t get any temperature into the tires. I thought we would make it into Q3 today. Three, four, five degrees make a big difference and it seems we couldn’t generate enough tire temperature to find the grip. When asked specifically about Leclerc, Vettel emphasizes: “The more decisive factor was that neither of us could get any further. In the rain we have a hard time, even in Austria. Since then we’ve had a few updates to make the rims and then the tires warmer, but it seems we still have some catching up to do”.

Which brings us to the second reason why it was a good day for Vettel: his next year’s car will start from pole position in the Turkish GP. Lance Stroll set the fastest time at Racing Point, while his team-mate Sergio Perez finished third. An indication that the pink racer is not a faulty design. On the contrary: The future Aston Martin – driven by Vettel instead of Perez in 2021 – apparently generates enough grip to drive on hot soles even in the rain.

A finding that should please the Heppenheim driver. Because he loves grip like hardly any other driver in the field. The more grip a car builds up, especially at the rear, the faster Vettel becomes, even compared to other drivers. Because then he can play with the car – as he calls it. The new rear axle, which the 2021 Aston Martin will get from the 2020 world champion Mercedes, should do no harm. Even if Lewis Hamilton and Valtteri Bottas only made it to sixth and ninth place today.

Bianca Garloff
Studying politics, history and journalism plus being a Schumi-Fan Bianca ends up at AUTO BILD. Traineeship at the Springer School of Journalism. Together with Sebastian Vettel and Nico Rosberg she climbs the ladder to F1 as an editor for AUTO BILD and SPORT BILD. She has been editorial director of AUTO BILD MOTORSPORT since 2016. In 2020, Bianca becomes part of F1-Insider.com, also writing for SPORT1 and Redaktionsnetzwerk Deutschland. Twitter: @bgarloff