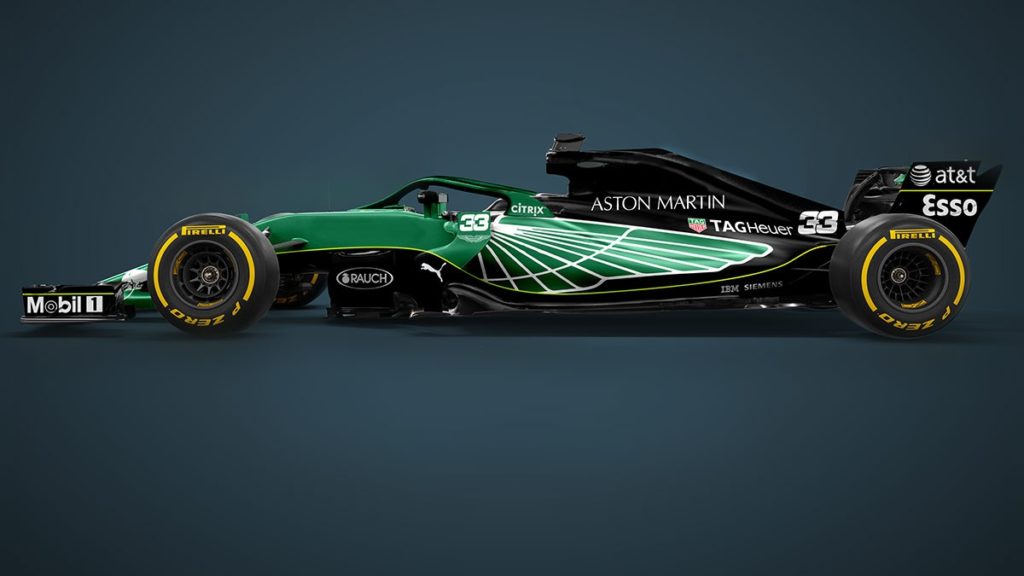 Aston Martin F1 2020 Design. Credit: Sean Bull Design
Sebastian Vettel's enthusiasm for Formula 1 is back. He wants to step on the gas with Aston Martin. Here's why he's full of anticipation.

The new Aston Martin driver Sebastian Vettel (33) is still on a secret mission. But the fog is slowly lifting, and more and more information is leaking out about exactly what his “Back to Success”-project with the iconic James Bond brand will look like. In any case, the official team presentation will take place in February at the Aston Martin headquarters in Gaydon in Warwickshire.

MORE TO READ: Does Hamilton play Poker like Senna?

This much is certain: The basic color of the car and overalls will be green. The driver from Heppenheim, who mainly only saw red at Ferrari last season, can hardly wait. Vettel told F1-Insider.com: “I’m really looking forward to the new challenge. I can’t wait for it to finally start.”

He has already ticked off his Ferrari years. “I don’t want to miss them, but I’m someone who prefers to always look ahead.”

He is particularly excited about the Mercedes engine, the acknowledged leader in the powertrain sector. So far in his career, Vettel has only driven with Renault, Ferrari and BMW engines. But never with the monster power unit from the Stuttgart racing engine factory in Brixworth. Vettel: “Of course I’m mega-excited to see how it feels.”

Alone: He’s not changing everything. With trainer Antti Kontsas and press lady Britta Roeske, he brings two longtime companions to the British noble brand. He also wants to stick to the habit of giving his cars women’s names. Vettel: “I think I’ll do it. I already have an idea. In any case, it has to be a name that fits Aston Martin.”

Until the presentation in February, the Heppenheim native wants to drop by the F1 factory in Silverstone as often as possible. Seat fitting, getting to know the staff and numerous simulator runs are on the agenda until the end of February or mid-March (postponement from Barcelona to Bahrain is currently being discussed) when the only three test days there are before the first race (presumably March 28 in Bahrain).

Vettel: “So far, that’s a lot of new faces for me there, of course, but I’m optimistic that it will work out. You always have to be open to new things. I’ll meet a lot of new people, new ways of working, new approaches – and I wouldn’t be well advised to think that only my way is the right way.”

Vettel’s predecessor Sergio Perez believes the four-time world champion can look forward to a team that suits him perfectly. The Mexican, who is moving to Red Bull, is certain: “Sebastian has definitely made the right decision. He’s joining a team made up of pure racers. He’ll enjoy that and I’m sure everyone there will have a lot of fun together. And also be successful. Because in my estimation, Aston Martin will be one of the strongest teams in 2021. He will certainly have a great car.”

Vettel will be happy to hear that.