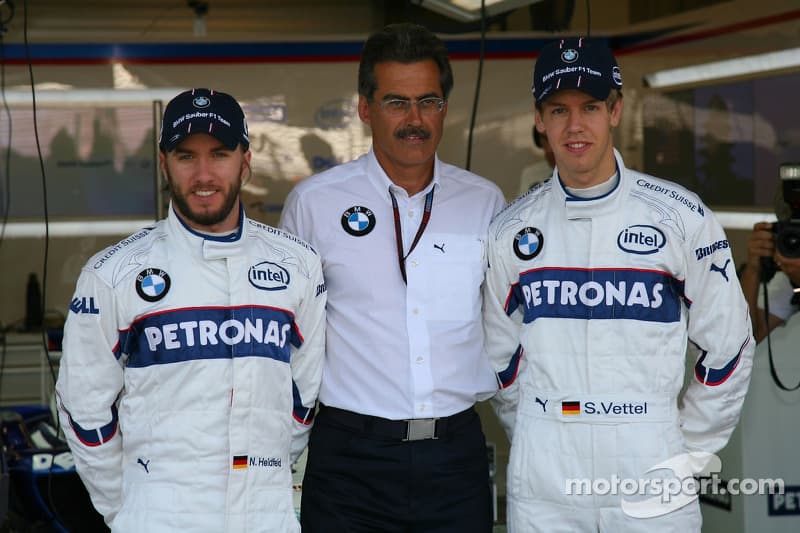 Ferrari and Sebastian Vettel will split up after six years at the end of 2020. For many, the development came as a surprise. Not so for Formula 1 insiders. For ex-BMW driver Nick Heidfeld it is also clear why the liaison between the German and the Italian diva no longer fits.

Heidfeld to F1-Insider.com: “At Ferrari, Vettel clearly no longer had Number 1 status. For a top driver like Sebastian, this equates to a lack of backing and trust from the team. He will surely have noticed that.”

He couldn’t even miss it, because Ferrari commited to a new love in December: Charles Leclerc. The young Monegasse was given a five-year contract – not even Michael Schumacher had such a long-term contract.

Heidfeld: “Leclerc became more and more the focus and that became even visible through the contract. And with Jean Todt’s son as manager at his side, the political influence was also very great.”

For a top athlete like Vettel and someone in need of harmony, the framework conditions at Ferrari have not fit anymore. The decision to separate is therefore only logical – even if the Scuderia had spread in England, that the team leadership had already decided against the German during winter.

“For me it is clear,” said Heidfeld, “In the end, Vettel didn’t have the fulfilling time he wanted at Ferrari, and he obviously he doesn’t see it there in the future either.”

Then why not switch to McLaren? As F1-Insider.com reported, Vettel would have had the best chances to sign with the German team boss Andreas Seidl. Heidfeld: “I can imagine that a team like McLaren would have liked to have signed a four-time world champion. So something must have been wrong or got in between.”

However, the ex-Formula 1 driver can hardly imagine a duo of Vettel / Hamilton at Mercedes. “I don’t think Mercedes sees a combination of two alpha animals as useful. What would still speak in favor of this route is the right combination of a German driver and a German manufacturer.”

But for this Vettel must first decide what he wants. Heidfeld believes: “During the Corona break, he must have become aware of things that he didn’t even notice in the Formula 1 hamster wheel. With his four titles, he actually achieved everything. He has three children, maybe they should now play the main role in his life.”

Heidfeld knows from his own experience: “On the other hand, a racing driver needs racing to be happy.”