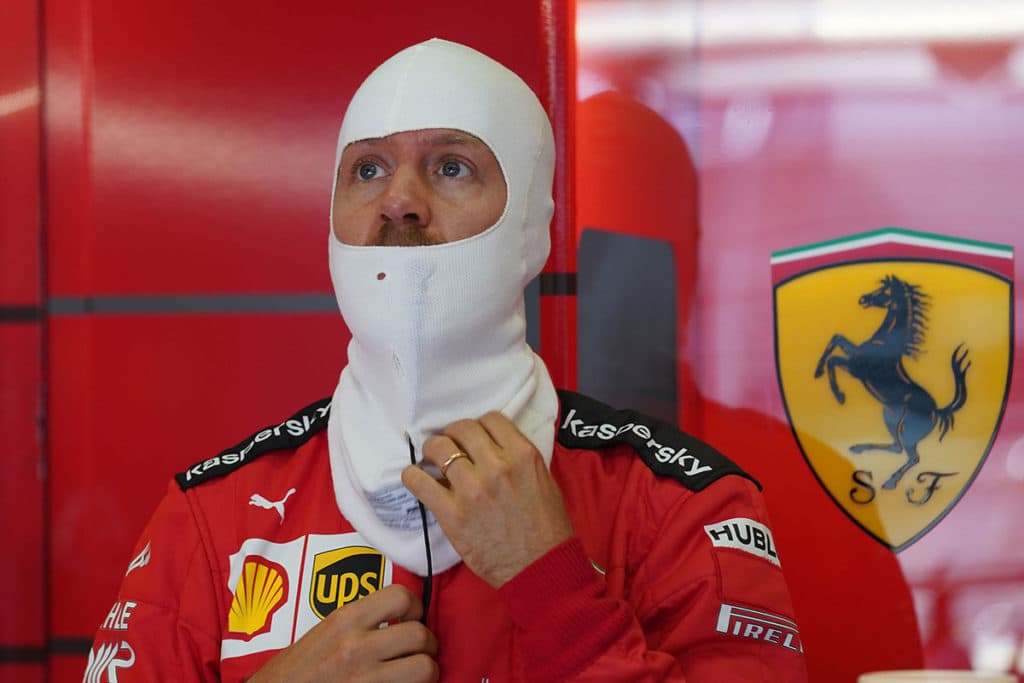 How Vettel deals with his defeat from Spielberg

For Sebastian Vettel, the start of the Formula 1 season at the Austrian Grand Prix was a race to forget. So how does he get out of the negative spiral?

His team-mate in second place, himself tenth, a spin in the duel with McLaren driver Carlos Sainz – his successor at Ferrari 2021. For Sebastian Vettel (33), it was a weekend full of crashes, bad luck and breakdowns. Nevertheless, he defiantly refused to take the blame for the disaster on his own: “I lost the rear of the car. It was difficult to keep the car on track the whole race. We must now analyse why.”

Whatever the reason, one thing is certain: Sebastian Vettel (33) is under observation more than ever after the first race of the Formula 1 season in Spielberg. After his plain-text statements about the manner of his separation from Ferrari, which hit his former employer to the core, insiders and fans alike are asking themselves: How does the four-time World Champion deal with the situation of no longer being wanted? Is he still motivated? Is his performance suffering?

Former team-mate Daniel Ricciardo (31) can understand Vettel’s situation so well because he is in a similar situation. The Australian also has another season to work with a team he will leave in 2021. With the difference that he will leave Renault at his own request to join McLaren. “It’s like living in the same apartment with your ex,” he says.

Marko has sympathy for Vettel

Vettel’s confidants nevertheless take away the worry of the fans about their idol. Ex-Formula 1 boss Bernie Ecclestone (89) told F1-Insider.com: “I’ve been talking to Sebastian a lot lately. I advised him that the truth about the separation from Ferrari must come out on the table. That was important for him. Sebastian is an extremely talented driver with a strong will, but very sensitive when he has to live with injustice. He has now freed himself from this. The driving mistake had nothing to do with it. Something like this can always happen. Even Lewis Hamilton, the other superstar of the scene, didn’t have his best weekend in Austria.”

On F1 Insider.com, Vettel also makes it clear again: “I had to tell the truth. I don’t care what anybody else thinks.”

Red Bull Motorsport Director, Helmut Marko (77), is also sympathetic to Vettel. The lawyer from Graz, who promoted the German at an early age and won four world championship titles with him: “I would have lost my patience much earlier. That Sebastian has waited so long to tell the truth only shows what a great team player he actually is.”

Marko is not worried that Vettel’s performances will suffer in the long term: “He will be just as motivated as ever. His goal is to beat his team-mate. Maybe he was even a bit more over-motivated today after Thursday’s straight talk and wanted too much”.

Ex-Formula 1 driver Ralf Schumacher told F1-Insider.com: “Seb should apologise to the mechanics for his mistake, squeeze his ass cheeks and just keep on accelerating. You don’t have to read mental problems into every mishap.”

What’s dangerous is that Vettel doesn’t seem to trust his team any more. His post-bankruptcy remarks are along those lines. “The car has changed completely from Friday to today,” the German stated after the GP in Austria. The reason has yet to be found. Marko: “Sebastian now has to keep a cool head and analyse exactly what really happened there. He has to be honest with himself and clear his head. From tomorrow on he should – just like we do – wipe his mouth, forget about the weekend and think about the next race, which fortunately will be next week.”

Talking to F1-Insider.com, Vettel at least makes a start: “I can only continue to try and get the maximum out of every practice session, every race. That’s also why I love this sport and why I’m so motivated. And will continue to do so in the future.”

Closing words from Bernie Ecclestone: “Seb now has a few days to recover. I think he’ll be free next weekend and show what he’s made of.”