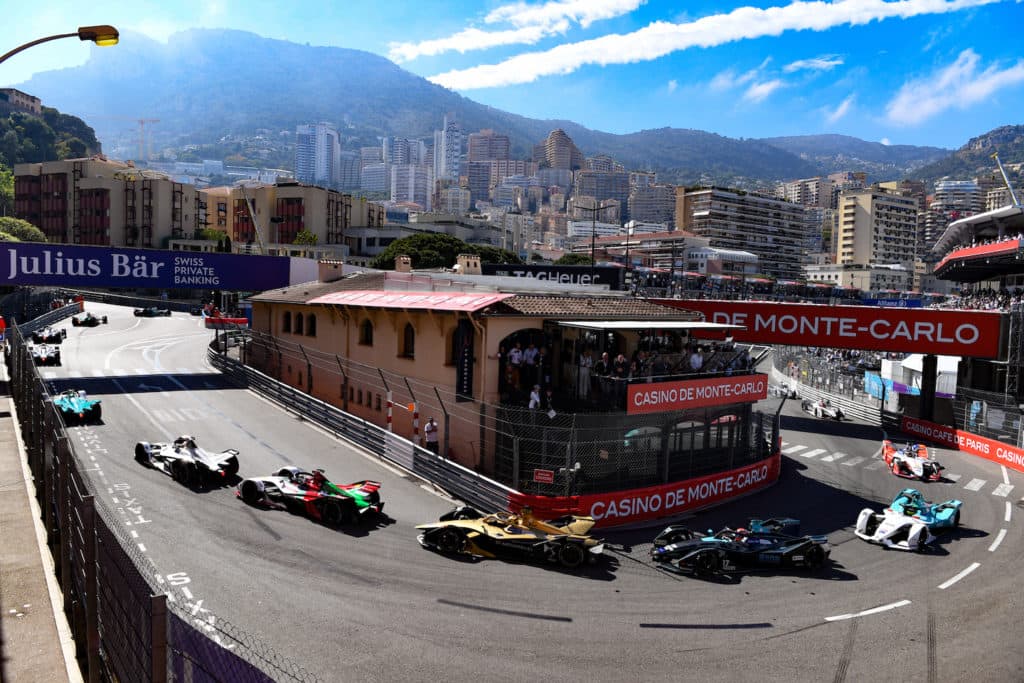 Starting from Pole, DS Techeetah’s Jean-Eric Vergne pulled away with Mahindra’s Pascal Wehrlein close behind in second and Nissan e.dams Oliver Rowland. Despite clinching Pole in the Super Pole shoot out, the British driver was put back after a three place grid penalty was carried over from the Paris race.

Shortly after, Wehrlein, in second, went wide on Turn 1, giving away two positions as Rowland and Venturi’s Felipe Massa slipped through into second and third respectively.

With 22 minutes left, both Envision Virgin Racing’s Sam Bird and Audi Sport Abt Schaeffler’s Lucas di Grassi jumped up two places within a matter of minutes, leaving Bird in eighth and di Grassi close behind in ninth. Having finished runner up twice here in the past, the Brazilian driver was keen to make his way through the pack.

Coming into Turn 3, BMW i Andretti Motorsport’s Alex Simms turned into Audi’s Lucas di Grassi, slamming him into the barrier. Sustaining damage, di Grassi ground to a halt in the iconic swimming pool section of the track, ending his race and chances of a win in Monaco.

Still in the lead, reigning champion Vergne widened the gap between him and Rowland in second and Massa in third. With less than two minutes left, Frijns and Sims came together on track, putting Frijns car out of action, which saw his race end early.

Vying for the top sport, Rowland increased the pressure on JEV, desperate to pass and clinch his first win in Formula E. But his efforts were no match for reigning champion Vergne, who crossed the line in first followed by Rowland and home race hero Massa in third. While Vergne was busy celebrating, Sam Bird in sixth ground to a halt at Rascasse unable to finish the race. Devastated, Bird made his way back to the pits.