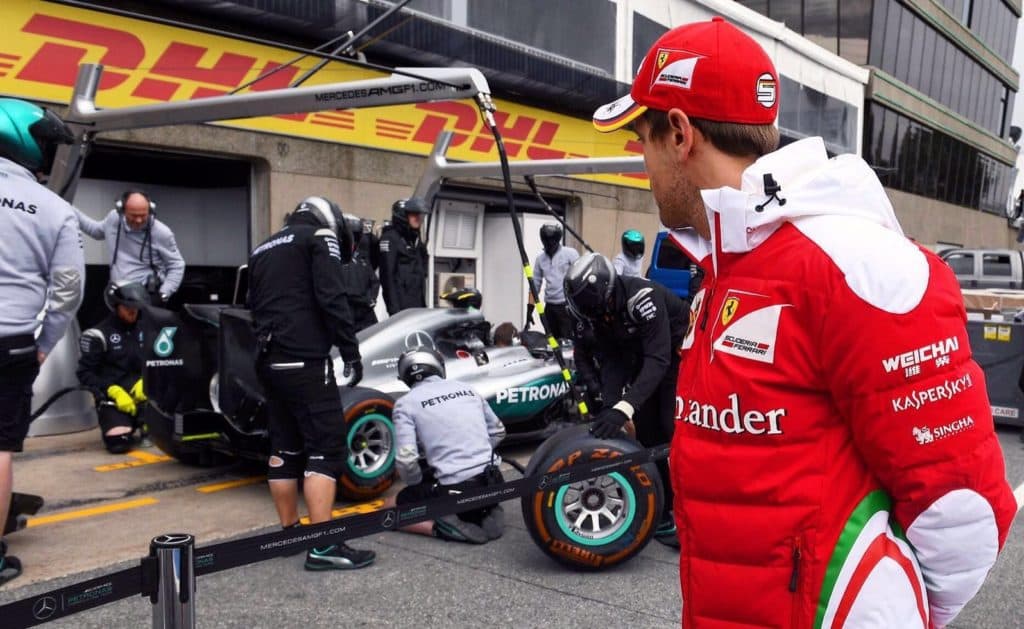 Rejection from Bottas: Is this still Vettel’s F1?

Toto Wolff had at least tried to be polite in public. Sebastian Vettel only has outsider chances at Mercedes, but at least you owe it to a four-time world champion not to refuse him immediately. That were the words of the head of Mercedes Motorsport in a video conference last week.

His driver Valtteri Bottas, whose cockpit is the only vacant one at Mercedes for which Vettel is even considered, is now taking over the public wording of the refusal to the Ferrari star.

The Finn in an interview with TV broadcaster Sky about his employer Mercedes and his team boss Toto Wolff: “We were very honest with each other about the contractual situation, and I received clear information: No, they are not considering Seb.” Bottas even calls the rumors about Vettel and Mercedes “funny”. Would Mercedes and his manager Toto Wolff find it just as funny that the Finn is talking about internals? Certainly not.

But how can such a strange situation arise in which a four-time world champion captures such a waddle from a wannabe-wingman, a number 2 pilot who could not win more than seven races in the dominant Silver Arrow? It is based on the current political and financial system in F1.

Vettel himself has repeatedly hinted at it in recent years. That his Formula 1 is no longer what it used to be. How bitter it must be for him now to determine that performance plays an increasingly insignificant role. Even as a four-time champion, he threatens to fall through the rust due to the new balance of power and interest groups.

Today it is more important to have a super rich father than big talent. Lance Stroll, for example, who has so far attracted more attention with his slowness than spectacular races, thanks to his daddy has the chance of an Aston Martin factory cockpit, maybe one day even a place in a real winning team.

With this level of politics, there is no place for a super talent like Vettel, the carpenter’s son from Heppenheim, who carved his own successes.

Stroll’s Canadian compatriot Nicholas Latifi also has his place safe with Williams. Latifi doesn’t have much talent either, but a father who is said to have even more money than Stroll. He gave the Williams team, which is now for sale, a loan of tens of millions of euros last year. Williams is now hanging on his drip. It is quite possible that the whole team will soon belong to him.

And then there is the Russian billionaire’s son Nikita Mazepin, probably the most talented of the three sons. His father Dmitry wants to buy a Formula 1 team as a playground for his offspring for years. He failed at Force India and therefore almost broke a dispute with Stroll senior. Now he shows interest in Renault or Racing Point – in the event that Stroll is buying an even better team. Goal: To give his boy the toy that is called racing car.

Vettel’s father, the honest carpenter from Heppenheim, can no longer keep up.

And then there are the powerful managers. Nicolas Todt, for example, the son of FIA team boss Jean Todt, positioned his protégé Charles Leclerc at Ferrari in such a way that Vettel lost support within the team. It went so far that young gun eben got a five-year contract. Without having proven anything so far.

Valtteri Bottas has a good laugh too. He is looked after by a company in which Toto Wolff has a stake. Even though the Frenchman Didier Coton is officially considered the manager of the Finn, Bottas can count among the group of drivers who belong to Wolff’s territory. Just like George Russell (Williams) and Esteban Ocon (Renault). All of them are consequently the first choice when it comes to the casting for the Mercedes cockpit alongside superstar Lewis Hamilton.

And Vettel? Heppenheimer is his own manager. He doesn’t pay millions to a string puller in the background. The only trumps that the down-to-earth Hesse has in hand: honesty, integrity and four World Championship titles. How much such unspectacular properties are still worth in Formula 1 today remains to be seen.