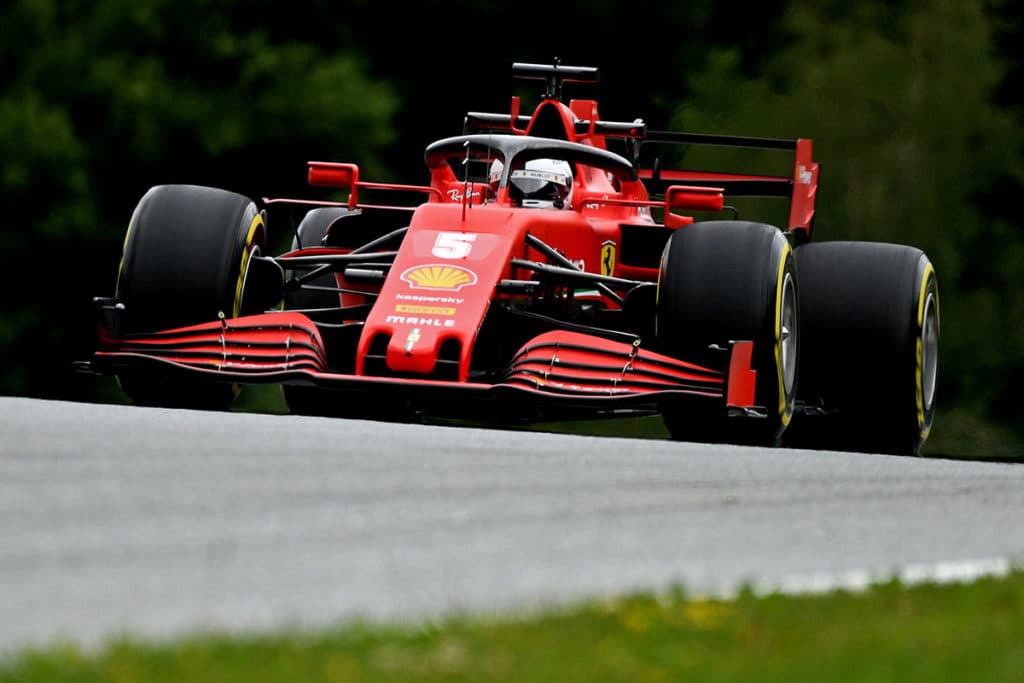 Sebastian Vettel only manages eleventh place in qualifying for the Austrian Formula 1 Grand Prix in Spielberg. An expert is already demanding consequences.

First the disappointment about the missed contract extension and now this: Sebastian Vettel’s Ferrari SF1000 proves to be a stubborn racehorse in Spielberg during qualifying for the Austrian Grand Prix. Only eleventh place for Sebastian Vettel. Just over a second (1.191) was missing the German in the second qualifying section to the top and almost two tenths of a second to his team mate Charles Leclerc (P10).

“I actually thought we were a bit quicker today,” Vettel concludes. “I felt quite comfortable in the car. But then there were problems with the rear axle and I didn’t quite have the confidence to let the car fly around the corners. On top of that I made a small mistake in the last run.

Anyway, Sunday is supposed to be about 90 degrees. So it helps that the Heppenheim driver is allowed to start with the yellow, medium-hard tyres. Vettel: “In race trim, I think we are significantly faster. Nevertheless: “This is not a good result for us, but we have to make the best of it

Sky expert Ralf Schumacher, however, finds clear words about Ferrari’s performance. “That was already foreseeable during the winter tests. On top the great engine (from 2019) had to be cut back. The car does not seem to be in balance. It all seems to be cramping.”

Schumi III demands: “In soccer one would talk about a change of coach, let’s see when Ferrari is ready. All the internal squabbles, the engine issue, then teams like McLaren and Racing Point will be ahead. You just have to think about it!”

Under the circumstances, Vettel shouldn’t even be sad to say goodbye, says Ralf Schumacher. “It looks like he’s better off – no matter what happens. You’ll get tired of it too.”

Ex-Ferrari star Gerhard Berger is also in Spielberg. He says about the Vettel-Ferrari case: “Seb is an exceptional talent – that’s how he should be remembered. I therefore hope that he doesn’t end up in a middle class team. At the moment the doors are closed at Red Bull and Mercedes – but in Formula 1 situations can change quickly. I just hope that he still manages to clinch his fifth world championship title.”