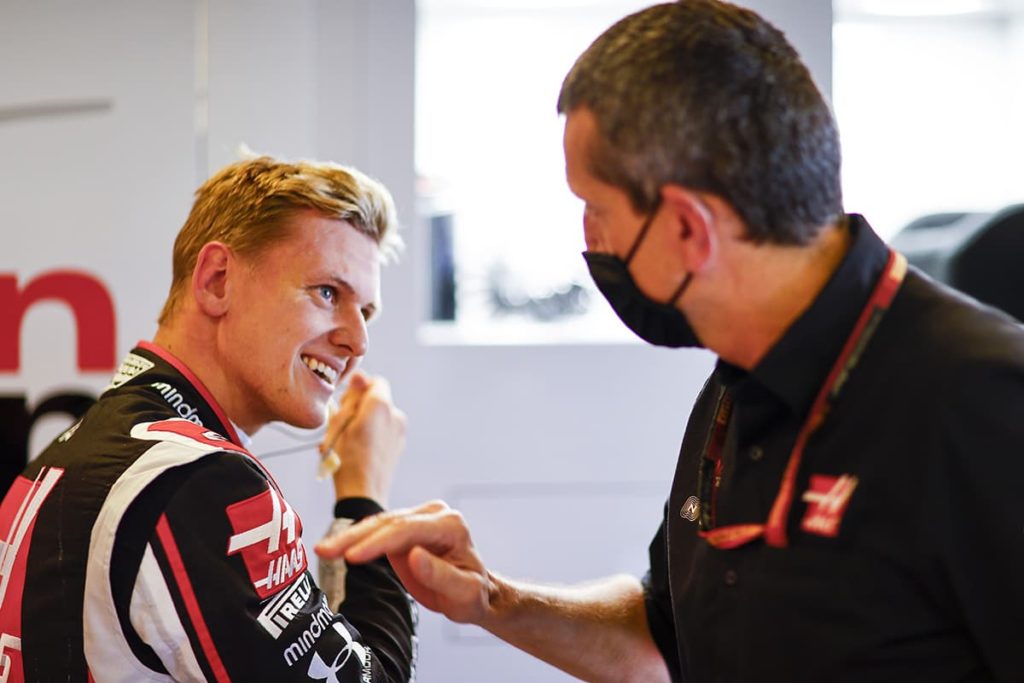 The Haas team will be in the focus of fans and media in 2021, mainly because of Mick Schumacher. Team boss Günther Steiner reports on the preparations and how he is dealing with the pressure.
Bianca Garloff | 07. February 2021 , 17:23 Uhr

The Haas team will be in the focus of fans and media in 2021, mainly because of Mick Schumacher. Team boss Günther Steiner reports on the preparations and how he is dealing with the pressure.

Haas team principal  Günther Steiner (55) has to dive into the digital world more than ever at the moment, as he currently has to run  his team from his home in North Carolina.

Steiner told F1-Insider.com: “It doesn’t make sense to fly to England to the factory. At the moment I would have to be in quarantine there for 14 days. That would be pointless. Especially because the entry rules can change every day due to the Corona situation. You can’t really plan anything. It can happen that you take off under certain guidelines and everything is different when you land. So I prefer to discuss everything from here via video conference or on the phone.”

Steiner continues: “I have the necessary contact with everyone in the team, also with the drivers of course. Maybe I won’t see my people until testing starts in Bahrain.”

The Corona situation is also slowing down work, of course. At Haas, that’s the reason why they can’t start the new Ferrari engine. Steiner: “The engine is installed, but to start it we need the Ferrari guys from Maranello. And they can’t come to England at the moment. But that’s not that bad. Then we’ll just start the engine in Bahrain. It’s not such a big problem.”

Talking about Bahrain, the Netflix cult star from South-Tirol has a clear opinion on what is probably going to happen to the calendar: “I’m firmly assuming that we’ll do two races in a row in Bahrain. Because I can’t imagine an event in Portugal at the moment, given the conditions there. I think Formula 1 has proven that it can react flexibly to the Corona situation. The bubble formation is very important. So I could imagine flying to Bahrain for testing and then staying there until the season opener.”

As for his two young drivers Mick Schumacher and Nikita Mazepin (both 21), Steiner feels a bit like a prep coach supporting high school graduates on their way to a high profile college.  “Both have already proven their talent, but both are still very young, you should never forget that”, Steiner is adamant. “That means you also have to allow them to make mistakes. They should learn from them. 2021 will be a year of preparation for all of us for 2022, when we want to attack and finish in the top five of the constructors’ championship. That’s why we’re already concentrating on next year’s car in the wind tunnel.”

Steiner has a special eye on Mick Schumacher

The Tyrolean regards Mick Schumacher in particular as somebody needing a bit of protection:  “The expectation from the media will be extreme because he is the son of the record world champion. But you can’t expect Mick to win seven titles as well. I will protect him when it comes down to it. Because I am convinced that he will succeed. You just have to give him the necessary time. The same goes for Nikita Mazepin.”