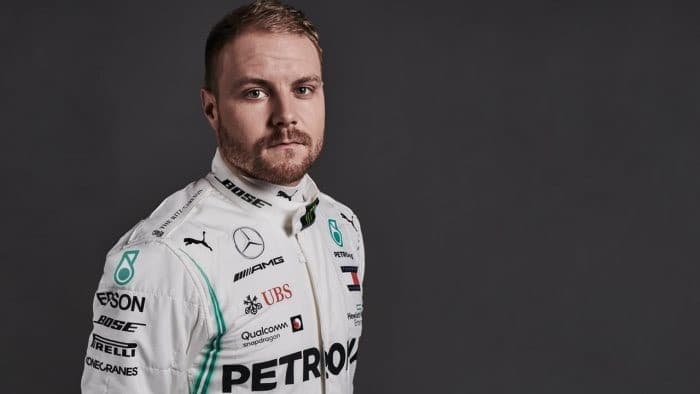 The Mercedes driver doesn’t want to be number two anymore.

We had a special appointment with Mercedes driver Valtteri Bottas (29) at the tracks in Barcelona, sitting in a conference room on the first floor of the Mercedes motorhome. Right from the start it’s clear: this is not the Bottas we are all familiar with from previous seasons.

He now wears a beard and his body language is different. He bends his upper body forward and leans on the table – not a defensive reaction but a sign of aggressiveness.

His gaze is firm and straight into your eyes. He never looks away, as insecure people often do. Bottas does everything to demonstrate: I’m not a nice boy anymore. I am a warrior now. A fierce viking, not a sissy.

Or, formulated as a question: “Previously a pussy cat, now a lion?”

“A new Valtteri” he replies.

He continues and explains his new philosophy: “This year, I needed a new attitude to achieve my goals. I didn’t shave this winter; I liked it and it fits how I feel insight and what message I want to convey.”

During the winter months not only his beard grew but also his anger. A distinct anger about himself, his past races, and actually about everything.

Bottas: “I was gutted and angry at the end of last year, especially about the second half of the season, so that I swore to myself: This is never going to happen again! To achieve my goals this year I am ready to do what is necessary, and if I have to work harder in some areas, that’s part of it.

Bottas wants to be more of a lone worrier and less of a team player. So was he too nice in the past?

“Maybe I was at times, now when I look back.” He continues: “I’ve always been a team player, but I realized that in this sport, everything has its limits. You also have to think about yourself. You can also be a team player at the same time, and I intend to continue to do so because I believe that in the long-term you can achieve the best results with a team and a great team spirit. But I only have this one career in my life and if I only support others without attacking for myself, I never reach my goals.”

This also means he will no longer present victories to his teammate on a silver he did in Sochi in 2018.

Bottas: “In this situation, if I were there again, I would act differently.”

Bottas has already told his boss and Team Principal Toto Wolff. And Wolff knows that this season he has a hungry lion in his cage.

Bottas: “I’ve already had a long talk with Toto Wolf about this after Abu Dhabi. That I will recharge my batteries and come back stronger.”

There even seems to be a simple solution to his sheer contracting message, to remain a team player but be a lone fighter at the same time: Lewis Hamilton scores second place behind Bottas. “Exactly!” he grins.

“I also know that I can do it. I’ve already proven it serval times in single races, but I can’t afford to have any weaker races anymore, I have to become more consistent.”

However, he is not engaging in psychological warfare. “I have my own style, I’m not the person to play mental tricks on others. I have a plan to achieve the success I want.”

For now, the Viking in Bottas will have to wait a bit longer until the season starts in Melbourne. He has still been holding back at the tests. He still gets used to working with two new engineers.

“I have a new race engineer and a new performance engineer. There are still plenty of meetings left to figure out how to improve in various conditions so that my overall performance reaches a higher level.”