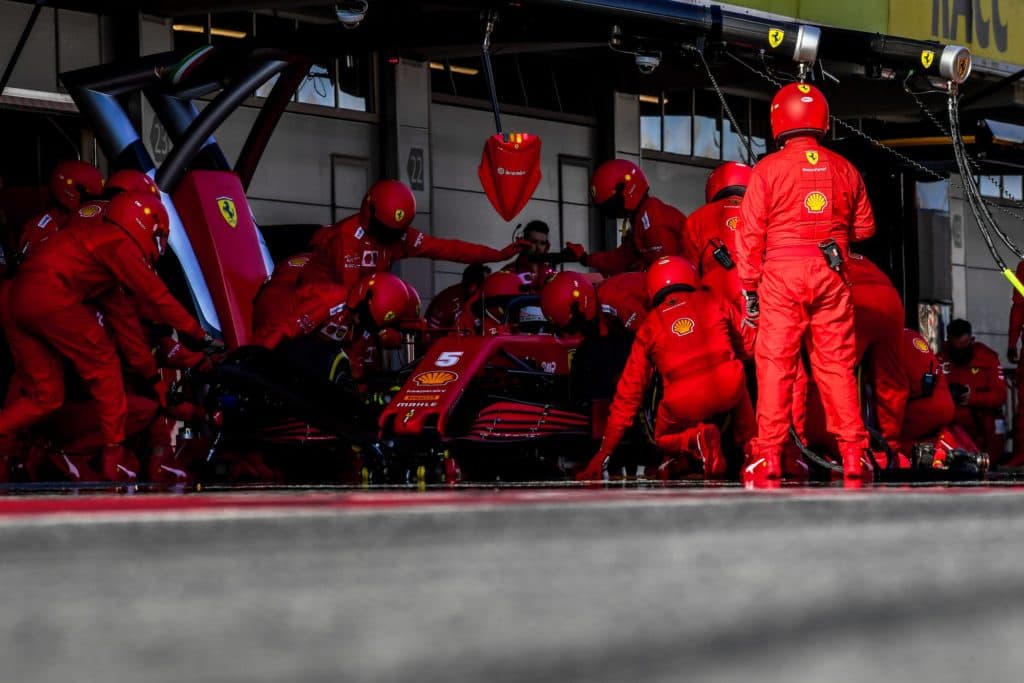 Vettel and Ferrari: who broke up with whom?

It is still unclear who started the separation talk in the relationship between Sebastian Vettel and Ferrari. The Scuderia insists in front and behind the scenes that it has pulled the rip cord.

Team boss Mattia Binotto now says to La Stampa: “We opted for transparency with Seb: He has to think about his future, we couldn’t postpone our decision either. Our choice was fair to him and that honors us.”

Here it becomes clear: Binotto suggests that he has taken the first step. Red Bull Motorsport Director Helmut Marko, however, does not want to believe that.

The Austrian to RTL: “I believe that Seb did not extend the contract because he did not see the technical potential to help him get a new title.”

For Marko it is clear: “If I assume that the test times in Barcelona have a certain meaningfulness, then I do not think that Ferrari will be among the top teams.”

F1-Insider.com can confirm that Vettel was not particularly enthusiastic about his red car during the tests. When we asked the German for clear text about his car during a short break between his German and English press round, he returned quietly but still audibly: “Better not.”

Binotto also admits: “It will be a difficult start for us. The winter test was not satisfactory and the factories were closed afterwards.”

Then there is the team’s unrest. “Sebastian will surely not listen to what Ferrari says when it comes to the duel with Leclerc”, says Marko, “so there is also a great rivalry.”

One thing is certain: Ferrari has clarified the separation from Vettel for 2021. But the current season will be a real challenge for the men in red.